Footage taken from inside the Planet Hollywood casino shows rain pouring down through the ceiling onto blackjack tables below. Other footage showed another popular casino, Ceasar’s, Palace similarly overrun with massive amounts of floodwater. 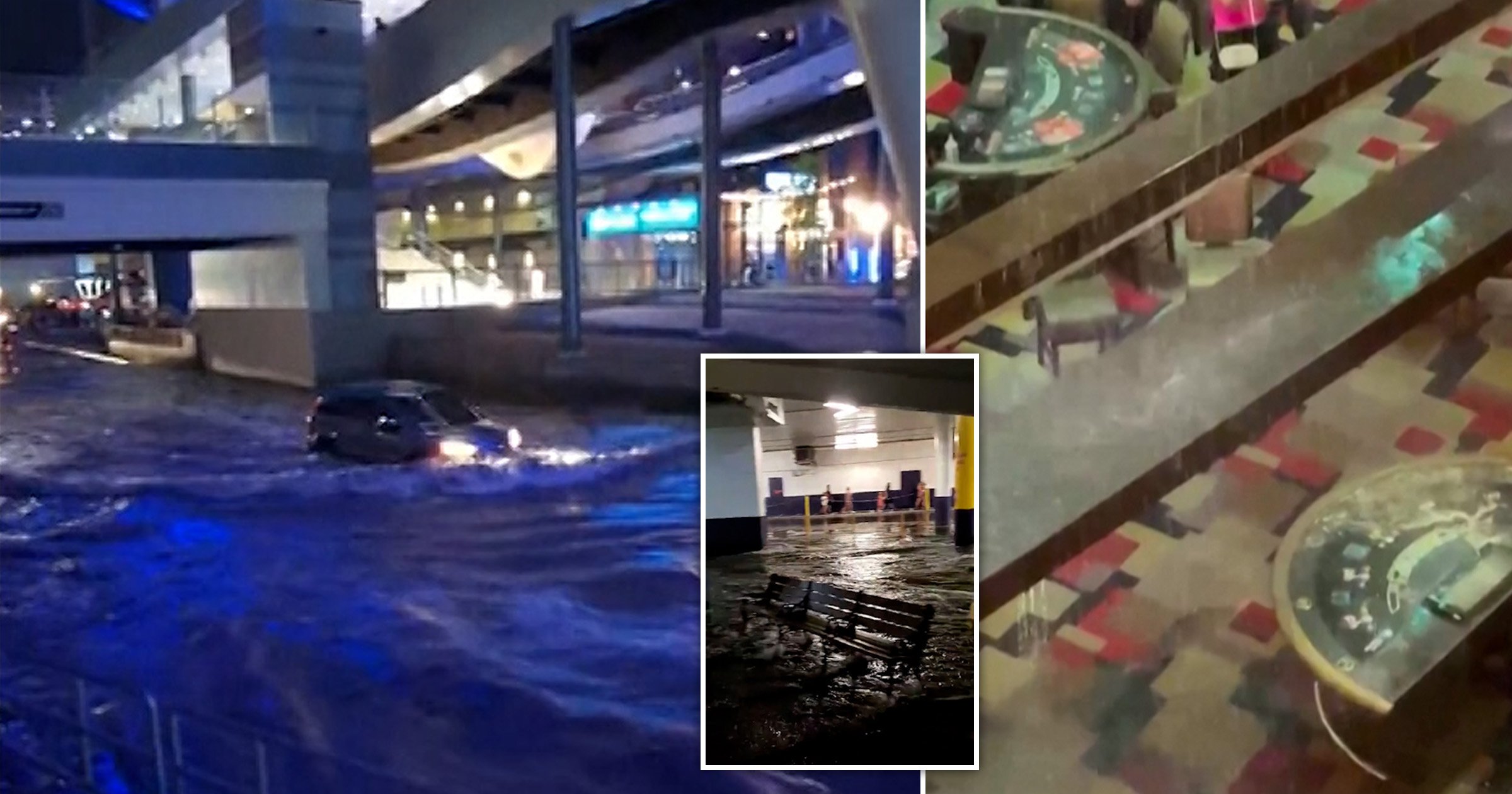 ‘What a storm!’ The National Weather Service of Las Vegas said in a tweet.

The gusty stormed knocked out power for as many as 17,000 Las Vegas residents, and more storms are expected to inundate the region throughout the weekend, according to forecasters.

‘We’re starting to sound like a broken record here, but thunderstorms are possible yet again (Friday) as well as flash flooding,’ the National Weather Service said.

Harry Reid International Airport in Las Vegas recorded 0.58 of an inch of rainfall from thunderstorms in just an hour, according to AccuWeather. Surrounding areas saw anywhere from 0.25 and 0.75 of an inch of rain from the storms in the same amount of time.

Thursday was the wettest day recorded at the airport since March 12, 2020. The rain brought the monsoon season’s total rainfall to 1.28 inches. Monsoon season runs from June 15 to September 30.