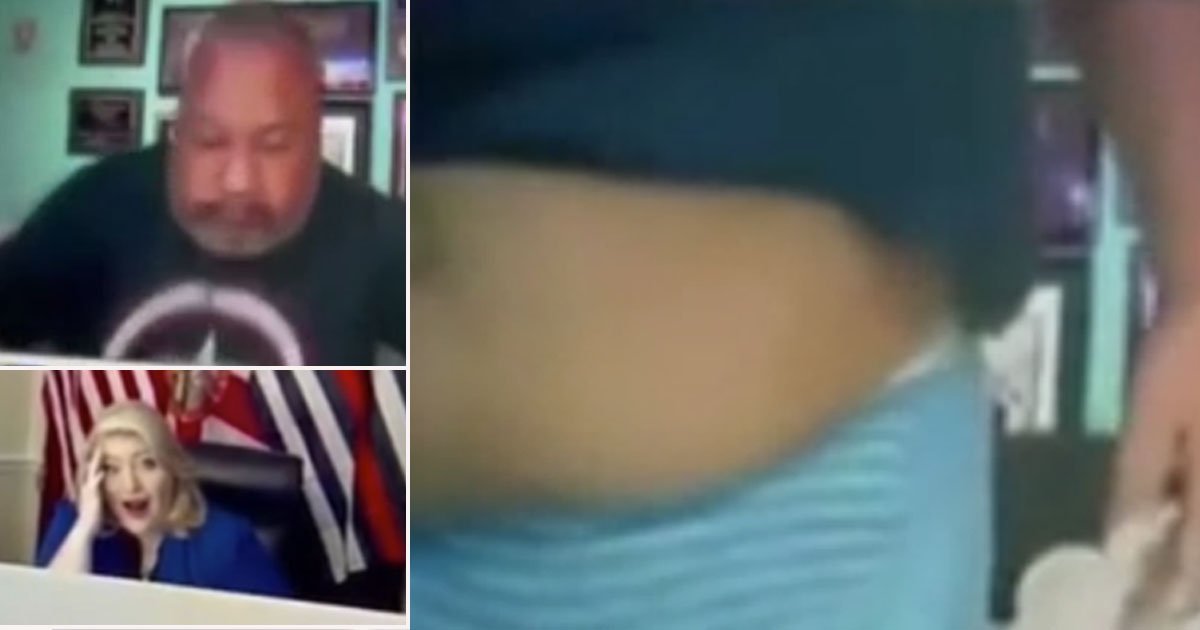 A congressman exposed his boxers and belly as his Captain America T-shirt rolled up during a Zoom meeting with his House of Representatives colleagues. Rep Donald Payne, a Democrat from New Jersey, had the embarrassing moment on Thursday when he stood up.

A recording of the Zoom meeting shows Payne, 62, getting up from a sedentary position. His T-shirt rolled up, allowing his belly and light blue boxers to fully show in front of his computer camera. Payne stood in front of the camera seemingly unaware of what he was showing off.

Republican Rep Kat Cammack of Florida could be seen covering her mouth and then smirking as she looked to see if anyone else on the Zoom call had also seen Payne’s unprofessional mistake.

Another Republican, Rep Beth Van Duyne, recorded a 24-second clip of the incident and tweeted it.

‘Another reason Democrats should get off Zoom and back to work. #TheStruggleIsReal,’ Van Duyne wrote to accompany the clip, which has garnered more than 26,000 views.

‘I guess this is why so many people in congress won’t talk about obesity as an epidemic in America!?!’ Trump Jr wrote.

Payne did not address the matter directly in a statement to the Daily Mail.

‘As a public servant, my focus has always been the public good and my work to better the lives of my constituents and all Americans, regardless of the circumstances,’ Payne stated.

‘Hey Congresswoman, Rep Payne, Jr’s Legislative Director here. It’s no secret that as a diabetic the Congressman has his weight struggles,’ Morgante tweeted. ‘But we try to stick to policy here in Congress.’