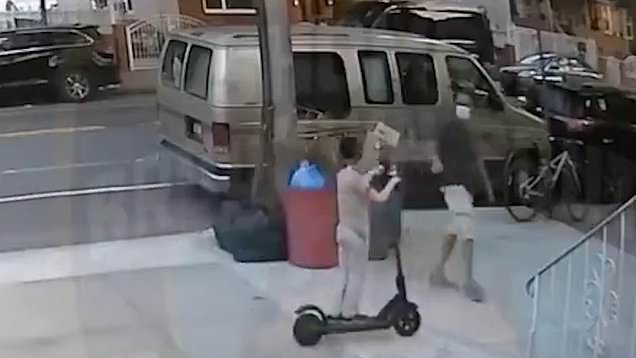 A man was caught on camera stealing a six-year-old boy’s electric scooter in the middle of the street.

The ‘lowlife thief’ was filmed taking the passing boy’s scooter in the Borough Park neighborhood of New York City, last week. The footage of the theft has just been released as part of an NYPD manhunt to track the perpetrator down.

In the video, the masked man approaches the young boy as he scoots by and forces him to stop. The suspect then grabs hold of the boy’s personal e-scooter and drives off on it – leaving the boy standing on the sidewalk in shock.

The clip was posted to Twitter Orthodox Jewish civilian volunteer patrol group Shomrim, who are assisting the New York Police Department with their investigation.

The incident happened on July 7 and in the aftermath of it, the boy was too scared to attend school or ride a scooter again, according to police.

He was, however, gifted with a brand new scooter and a helmet for his seventh birthday earlier this week.

The NYPD tweeted: ‘We were able to provide the young victim a brand new scooter and helmet for him to enjoy!’ 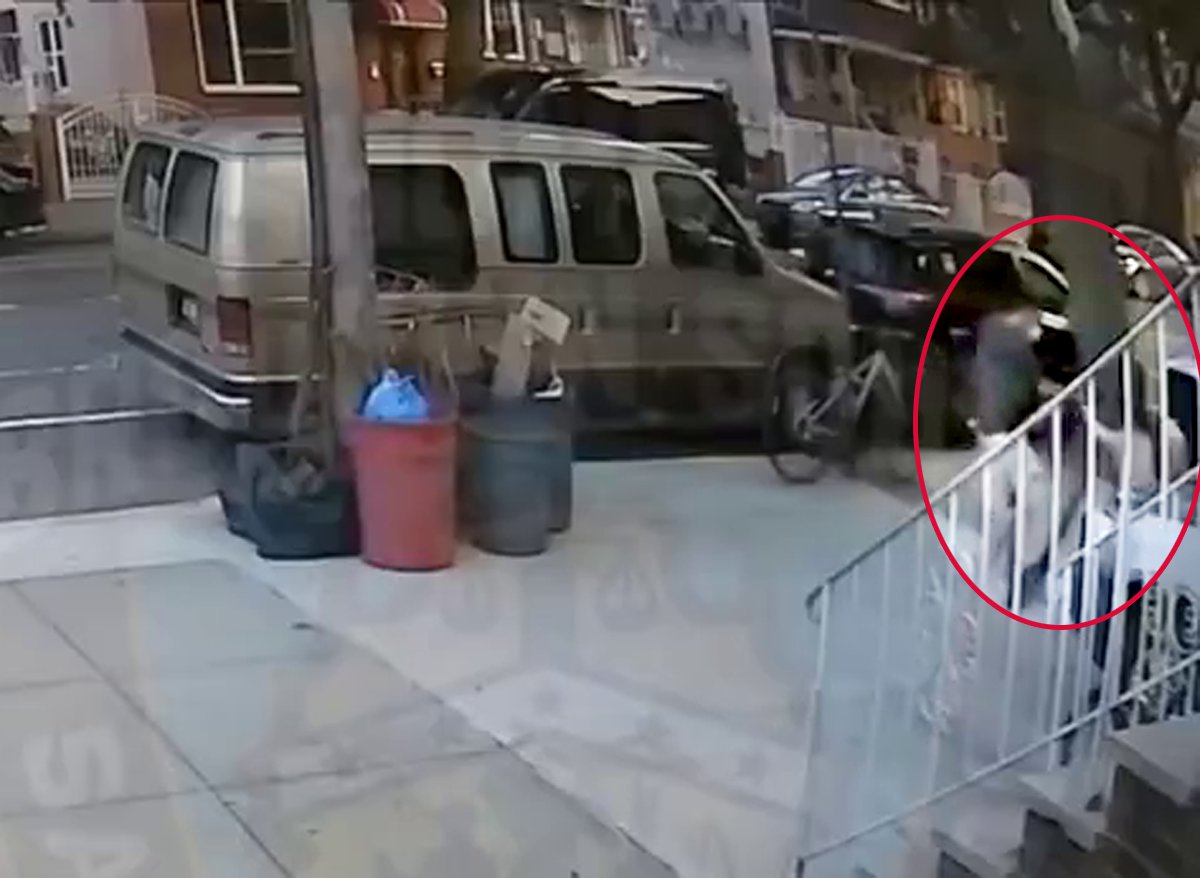 In an appeal on social media for the public’s help to track the suspect down, the Shomrim said: ‘Video of the despicable lowlife robbing the now 7-year-old child of his electric scooter last week.’

Speaking to the New York Post the boy’s father said the youngster may need therapy to help him feel confident venturing out in public again.

The father said: ‘We are working on it. We are going to have therapy for him, for sure.

‘We are not going to let him fall behind.’

IN PHOTOS: Vintage motorcycles on display in Hawrelak Park