New surveillance video shows the man accused of killing billionaire heiress Eliza Fletcher cleaning out the inside of his car several hours after the alleged abduction.

The footage obtained by WREG shows a black SUV driving up to the Longview Garden apartments, where suspect Cleotha Abston’s brother lives, just before 8am Friday morning.

The 34-year-old mother of two was allegedly attacked and kidnapped over three hours earlier, during her regular 4am jog near the University of Memphis campus.

The grainy video, which can be hard to decipher, appears to show Abston sitting inside the car for a while before heading to its trunk. He then runs into his brother’s apartment for a brief moment. 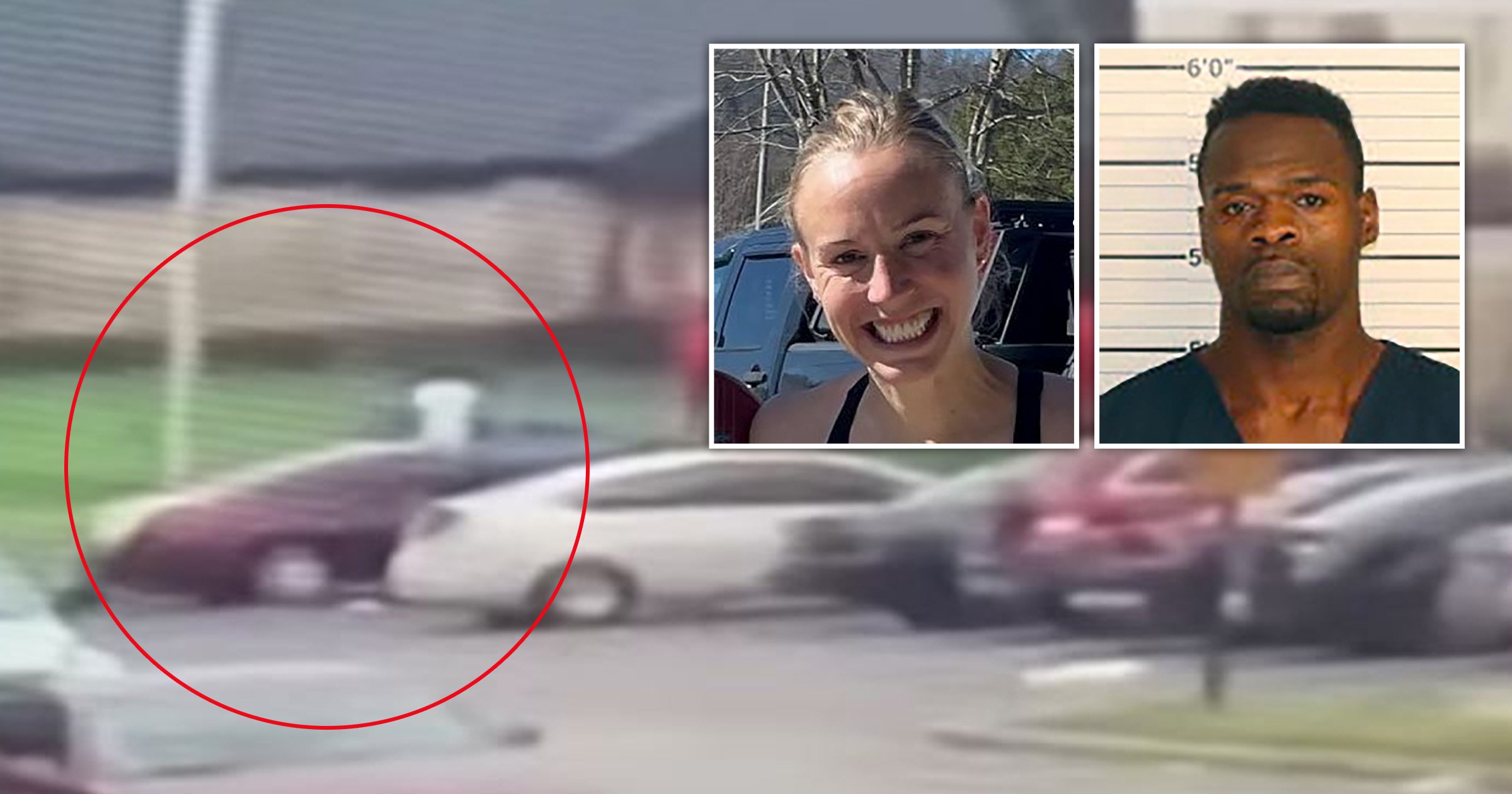 When he returns a few minutes later, he spends over an hour at the passenger side of the vehicle, which is the same SUV believed to have been used in the abduction.

While there, he appeared to be doing a deep clean of the car’s interior.

Court documents revealed that a witness told police they saw Abston acting ‘strange’ around the same time he was seen on surveillance footage cleaning out his car.

The witness reportedly saw Abston scrubbing down the inside of the SUV with carpet cleaner and later washing his clothes in the sink of the house.

A trash bin next to where the SUV was parked was later taken away by investigators.

The video was shared after police confirmed Tuesday that a body found behind a home in South Memphis on Monday was the missing mother.

Abston, 38, has been charged with first-degree murder as well as several other charges related to kidnapping and tampering with evidence.

A pair of slide sandals recovered from near where Fletcher disappeared contained DNA that matched Abston, and US Marshals linked the SUV to him.

Surveillance footage showed the black SUV waiting for Fletcher to run by. As she ran past, a man exited the car, ran to her and forced her into the passenger seat.

According to police, Fletcher suffered ‘serious injury’ after the abduction, though her exact cause of death remains unknown.

After being spotted by US Marshals, Abston reportedly tried to flee, but was captured.

Abston previously pleaded guilty to aggravated kidnapping a prominent Memphis attorney in 2000, when he was just 16-years-old. He was then sentenced to 24 years, but released early in 2020.

Fletcher, a kindergarten teacher, was the granddaughter of the late Joseph Orgill III, a Memphis hardware businessman and philanthropist. Her family’s business has been described as ‘the world’s largest independent hardlines distributor with annual sales of $3 billion,’ according to the company’s website.

She was also the mum to two young boys, and worked as an elementary school teacher.