An unruly passenger aboard an American Airlines flight was caught on camera sucker punching a flight attendant in the back of their head.

When the flight, which was traveling from Mexico to Los Angeles, California, finally landed, authorities arrested the rude passenger at Los Angeles International Airport (LAX).

American Airlines confirmed to CBS News that the alleged assault took place on Flight 377 from San Jose del Cabo to LAX on Wednesday.

The man was removed from the plane after it landed in Los Angeles and arrested on suspicion of interfering with a flight crew, which is a federal offense, according to the FBI, which is handling the investigation. 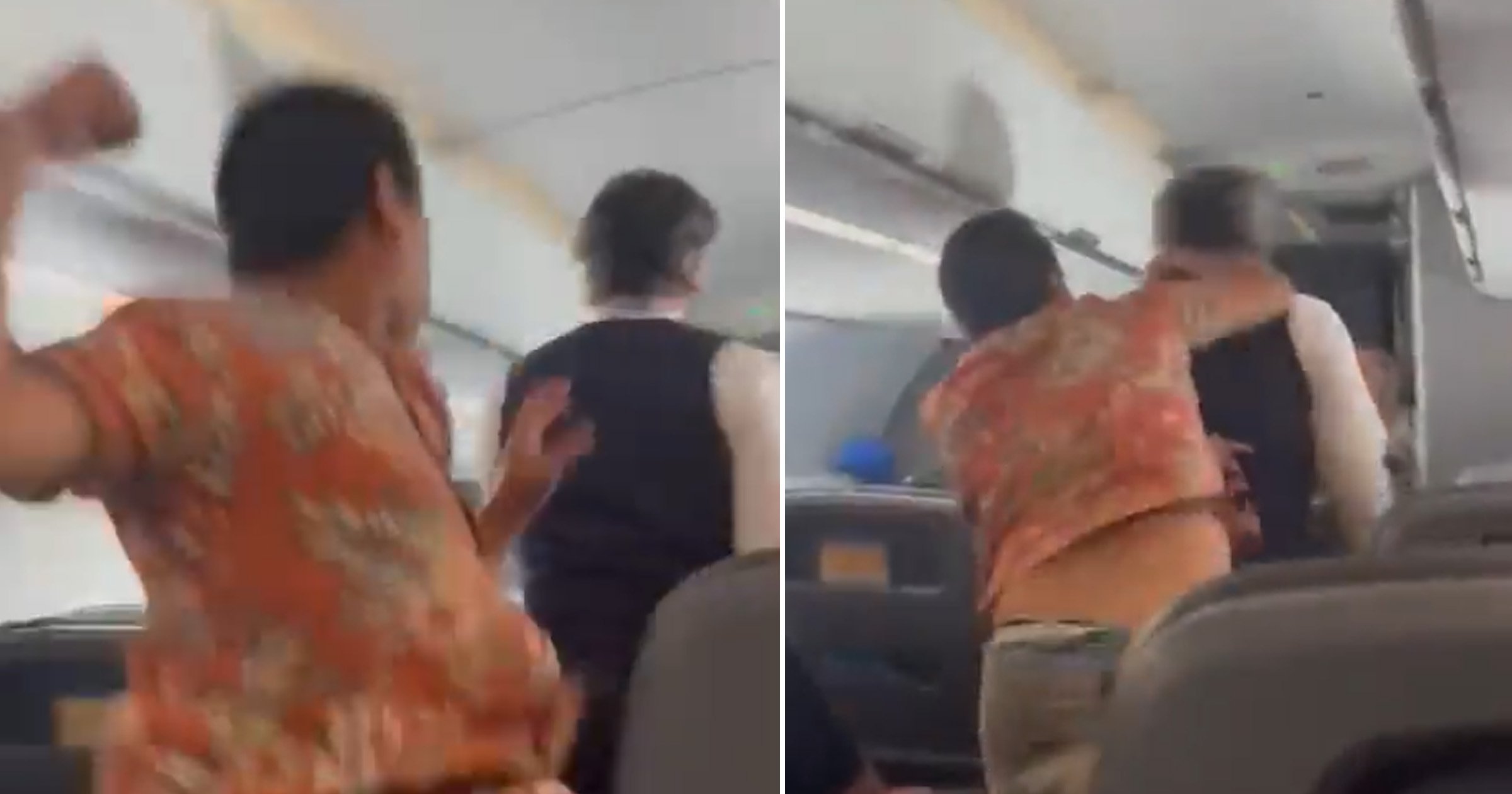 While aboard the flight, Barrie Livingstone took a short video of the altercation between the suspect and flight attendant and shared it to social media.

The short clip shows the flight attendant standing in the plane’s aisle asking the passenger, dressed in an orange floral shirt, if they are making a threat towards them.

Then, the ill-mannered passenger can be seen rushing up to the flight attendant and hitting him hard in the back of the head with a closed fist before returning to his seat.

‘Oh my God!’ another passenger immediately exclaims after the man hits the flight attendant. ‘What are you doing?’

A producer for KFMB-TV, Malik Earnest, who was aboard the flight said that passengers sprung into action to help restrain the assault suspect until the plane landed and he was removed by police.

In a statement, American Airlines said that the passenger who ‘physically assaulted a flight attendant’ will not be welcomed on their planes again in the future.

The Association of Professional Flight attendants, a union representing over 24,000 flight attendants who work for the airline, denounced the alleged assault in a statement, noting this is the kind of ‘dangerous’ and ‘life threatening’ behavior that puts flight attendants at risk on the daily.

Americans more aware of their role in stopping mass shootings