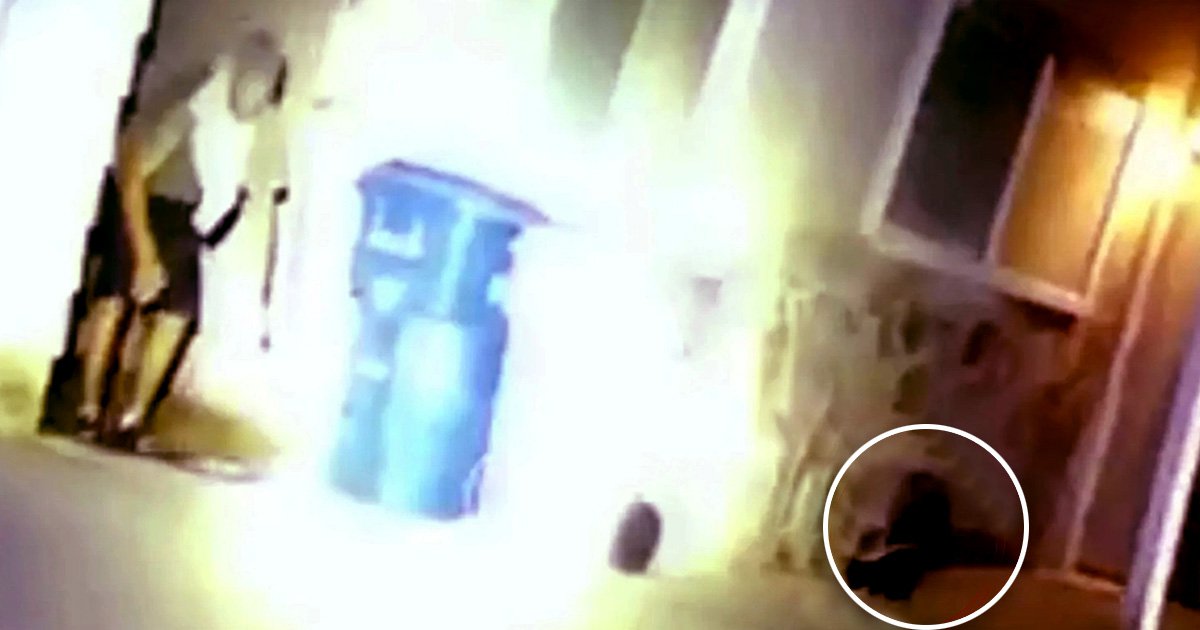 A burglar got a bit more than he bargained for after a skunk sprayed him while he was being arrested.

Grant Simonson, 28, was detained last Thursday morning after he was caught rifling through a church’s audio equipment in Washington state.

Deputies from the Spokane County Sheriff’s Office arrived on the scene just after 3am after a caller notified them that they could see someone with a mask and a flashlight in the church on its surveillance feed.

When sheriff’s deputies approached Simonson, they commanded him to put his hands up and lay face-down on the ground.

As Simonson complied with orders, a skunk ran onto the scene. The black-and-white mammal proceeded to spray Simonson unprompted.

‘A skunk came running around the corner, approached Simonson, and released its well-known and malodorous spray before fleeing the area,’ the sheriff’s office said.

Simonson told sheriff’s deputies that he entered the church because he was ‘wide awake and bored’.

He decided to go for a late night bike ride, where he saw the church’s window open. He returned to the church on foot, removed a screen covering the window, and climbed in to ‘explore’.

Simonson was booked at the county jail and later charged with second degree burglary.

‘The skunk is a wild animal and not affiliated with law enforcement or the church,’ the sheriff’s office said.

This was not the first instance of animals stopping a robbery this week.

A would-be burglar in Blackpool in the UK was thwarted when he accidentally disturbed a nest of herring gulls just after 4am on Wednesday.

The thief flailed his arms and was swarmed by the seagulls as he desperately tried to escape from the house he was targeting.

Surveillance footage caught the whole ordeal on tape, which helped cops identify and apprehend the suspect.

Autoworkers to protest during GM investors meeting in Windsor

'We were cocked & loaded': Trump scrapped Iran strikes as they weren't 'proportionate'

Facebook the focus of US Justice Dept and state AGs meeting: Sources