Darrell Brooks, the accused Waukesha Christmas Parade attacker, continued his courtroom antics on Monday when he built a wall out of boxes to hide from the view of cameras and the judge.

Brooks, who was muted and placed in an nearby empty courtroom due to his conduct, began stacking cardboard filing boxes on top of each other after becoming frustrated with Judge Jennifer Dorow.

Brooks hid behind his fort and requested to return to his jail cell. After Dorow denied his request, he began to yell things into his muted microphone.

‘I know he’s muted but I can certainly hear him from this side. He appears to be yelling at the top of his lungs. I can’t decipher what he’s yelling,’ Dorow said. 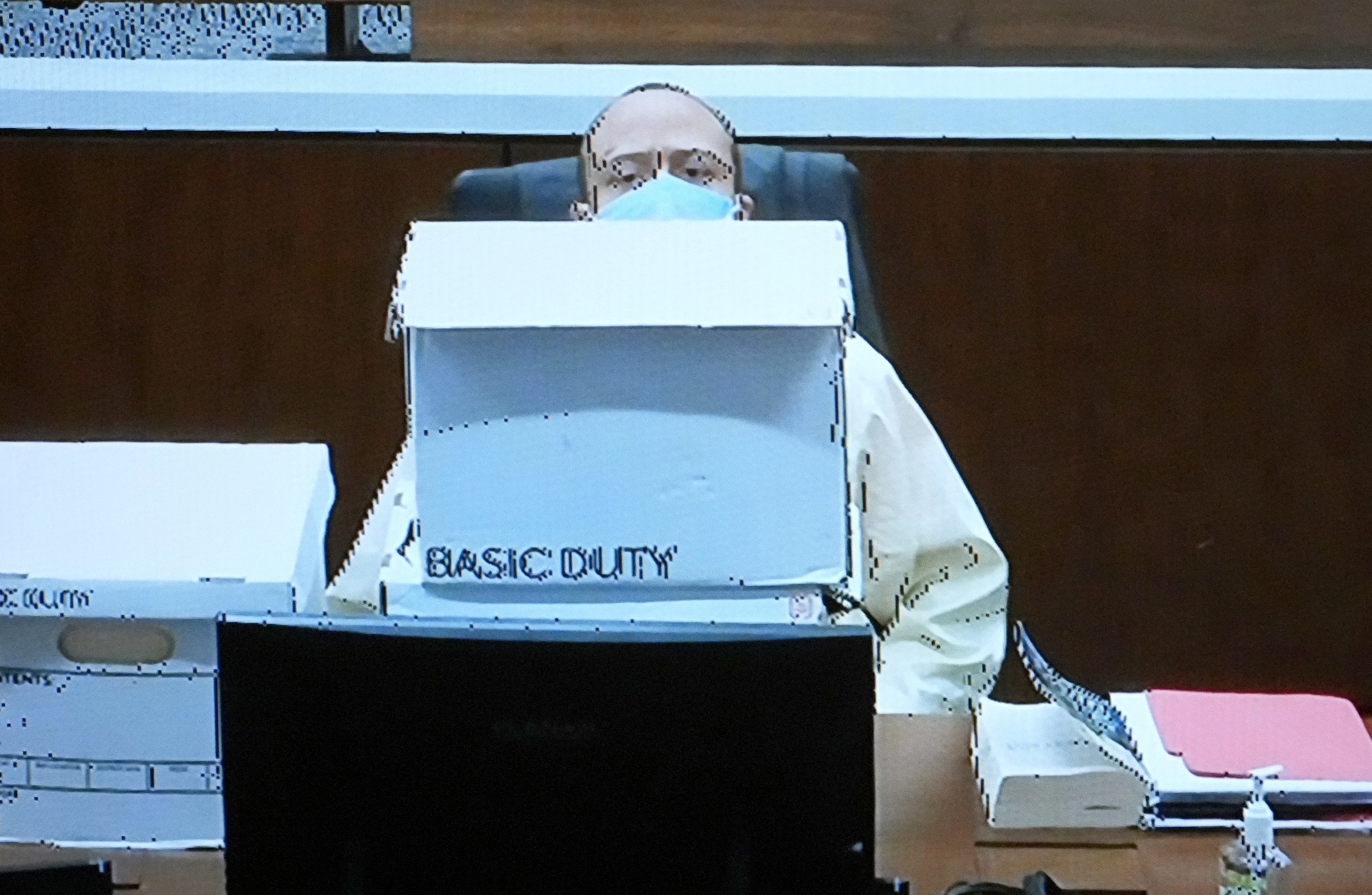 Brooks became even more agitated during a routine procedural question – Judge Dorow asked Brooks if he had any questions or requests to a packet of jury instructions.

Brooks, hiding behind his box fort, did not respond.

The prosecutors asked that Judge Dorow remove the box fort so that they could see if Brooks was nonverbally acknowledging to the questions.

‘I’ve asked you twice now and I’ll ask you a third time. Do you have any requests as it relates to the jury instructions? Any additions, deletions, edits, or otherwise?’ Dorow asked the frustrated defendant.

‘You ain’t gotta talk to me like that,’ Brooks responded. ‘I heard what the hell you said!’

‘Yeah and I’ve been getting disrespected since the beginning of this whole process. So welcome to the club.’

After asking him a sixth time about jury instructions, Brooks became even more irate.

‘I can hear everything you’re saying!’ he yelled while pounding his fist against the desk.

Legal experts have largely praised Dorow’s handling of the case. By constantly disrupting the proceedings, Brooks appears to be trying to frustrate the judge and until he gets a mistrial.

‘To say that this has been the most challenging of my career would be an understatement,’ Dorow said on Friday. ‘I’ve done my best, I believe, to be fair, to be unbiased, to protect the rights not only of Mr. Brooks as it relates to this trial, but those of witnesses, those of the victims, and of course, last but not least, the jurors.’

Brooks will most likely appeal a conviction, and any appearance of bias by Dorow could strengthen his case in a higher court.

US approves US$3.3 billion sale of anti-ballistic missiles to Japan