Shark sightings and attacks have dominated the headlines this summer near New York City, but friendlier denizens of the ocean are also making a return to the Big Apple.

Bottlenose dolphins can be seen following a kayaker on the Hudson River in one spectator’s video. Another incredible video shows a huge humpback whale breaching the water three times in a row just a short distance from a boat.

Whale and dolphin sightings around New York have increased significantly in the past few years. And cetacean aficionados have taken to social media to record their encounters with the animals.

An organization called Gotham Whale tracks and reports sightings of whales and dolphins across the city. They also operate whale watching tours that take place on the boat American Princess. 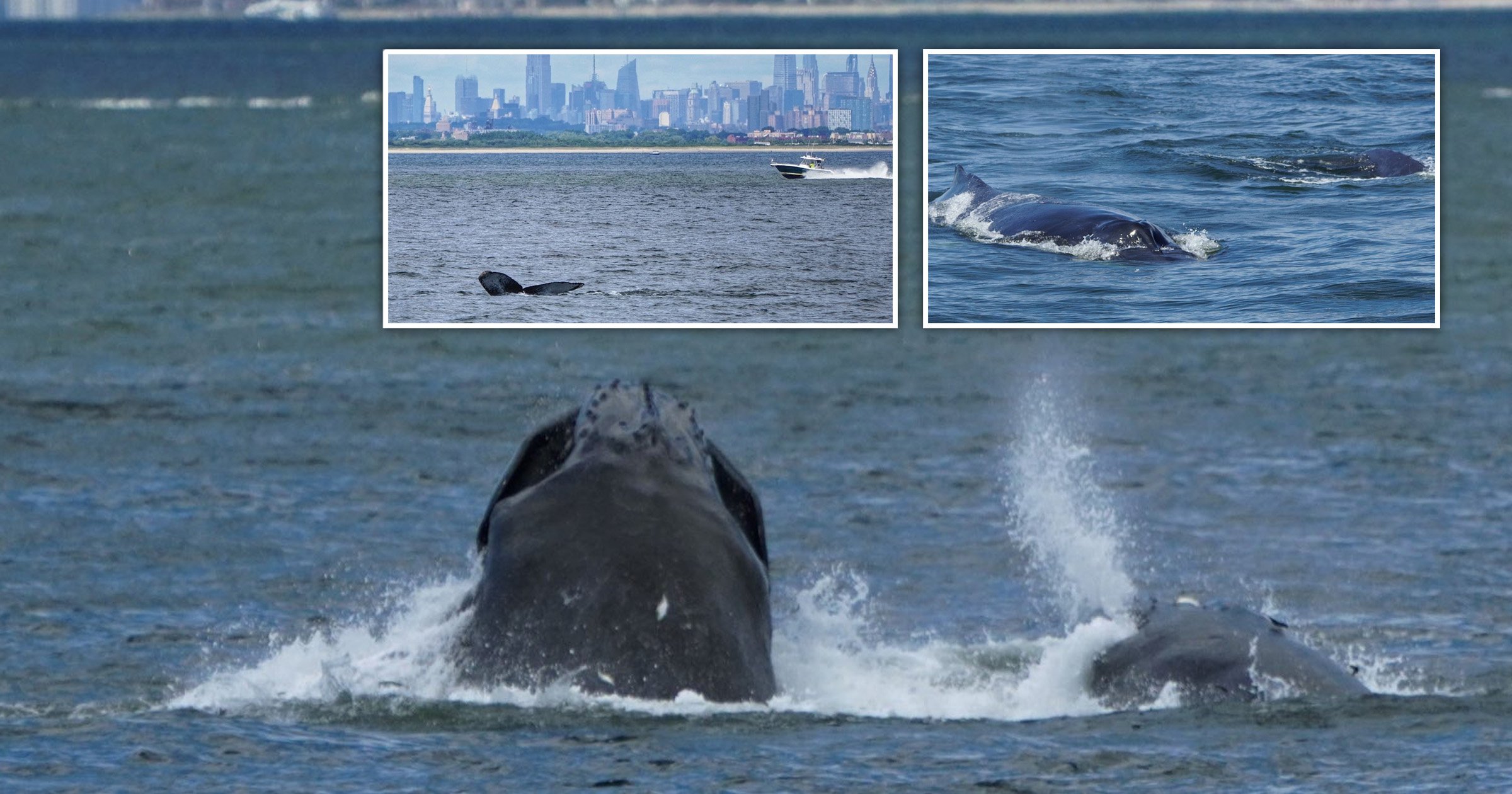 Gotham Whale records data by recruiting ‘citizen scientists’ to report their sightings around the city.

Whenever an individual records a sighting on their website, they offer a coupon to be redeemed for a free beer.

‘Breaching whales and whales swimming in tandem and whales interacting with dolphins,’ they reported on Twitter with photos of the majestic animals.

The iconic New York City skyline can be seen in the background while the whales breach out of the water.

Caught a Triple Breach on video while out with @APCruises and @gothamwhale yesterday! Humpbacks off NYC? Always a breathtaking sight!#whales #NYC #animals pic.twitter.com/DycLRANOoW

According to a recent study published by Rutgers University, whales are staying in the area known as the New York Bight for longer periods of time, and returning year after year.

NINE. 9. nine. So many whales saying it once doesnât seem like enough! Breaching whales and whales swimming in tandem and whales interacting with dolphins. All of this with sights of NYC & the harbor in the background. Amazing day to say the least. pic.twitter.com/YLnEDEpB4G

The New York Bight extends from the south shore of Suffolk County on Long Island down through the Jersey Shore. It includes both the Hudson and Raritan River estuaries, and a massive underwater ditch known as the Hudson Canyon.

According to the study, most of the whales in the area are fairly young, with most less than five years old. Researchers are not sure why these whales – most born off the coast of Maine – are choosing to stay in New York.

However, the study also warns that increased whale sightings could lead to trouble for the gentle giants.