A white sheriff’s deputy was caught on video holding a black woman by her hair and slamming her head repeatedly onto the pavement with enough force that several of her braids ripped off.

Shantel Arnold, 34, was attacked by the deputy from Jefferson Parish Sheriff’s Office just after she was ambushed by three boys in her neighborhood in Louisiana.

Standing at 4’8 and 100 pounds, with her left eye missing from a car accident years ago, Arnold was an easy target for neighborhood bullies, her family told Nola.com.

The September 20 incident began while Arnold was walking down the street near her family’s trailer home. Three neighborhood boys attacked her, slamming her to the ground and beating her while a crowd of onlookers laughed. 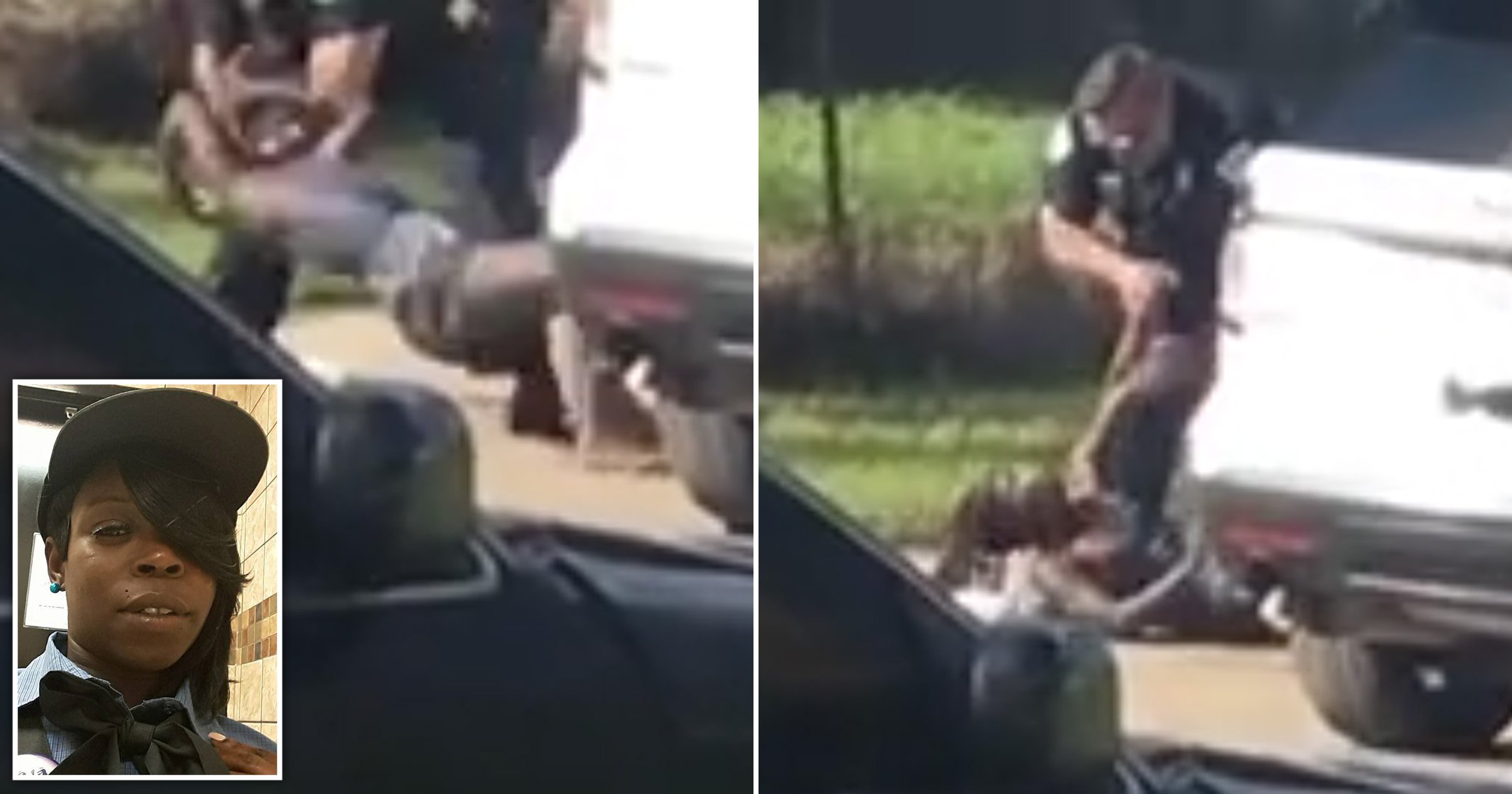 The whole incident caught on video shows Arnold trying to defend herself with a stick. Her stepfather Lionel Gray, 71, ended the assault by chasing the boys away.

By the time deputies arrived the boys were gone. A second video, posted to Instagram, shows a male deputy holding Arnold’s wrist as she is lying on the sidewalk.

The deputy appears to be dragging her along the pavement. Later in the video, he is holding Arnold by her braids and repeatedly slamming her into the pavement.

The 14-second-long video ends with the deputy placing a knee on Arnold’s back.

Witnesses said the deputy was unprovoked and exited his car and struck Arnold down to the ground.

The deputy has not been named but is currently under investigation.

A transcript of Arnold’s interview with an internal affairs investigator reads: ‘I’m on my way home. I ain’t make it all the way to the block, the police come out of nowhere, swarming, getting me like, “Come here.” I’m like, “What’s going on? I just got beat up by two children, what y’all doing?”‘

She told the investigator the deputy demanded she stop to talk to him even after she explained she was just assaulted and wanted to go home.

The video of the incident has been shared across social media and amassed more than 130,000 views.

The video of what many have deemed an unprovoked attack has raised questions over the integrity of the Jefferson Parish Sheriff’s Office. Some claim there’s a pattern of racism, targeting black residents and making brutal arrests among the department.

‘Yet another testament to the shocking frequency that JPSO targets and brutalizes innocent, unarmed members of the black community,’ said Alanah Odoms, the executive director of the American Civil Liberties Union of Louisiana.

Jefferson Parish Sheriff’s Office is one of the few large law enforcement agencies in the country that does not use body cameras.

Arnold told investigators it was not the boys but rather the deputy who caused her injuries, which included bruises and scratches across her body, a busted lip, and recurring headaches.

An ambulance took Arnold to a local hospital. She was not charged with a crime.