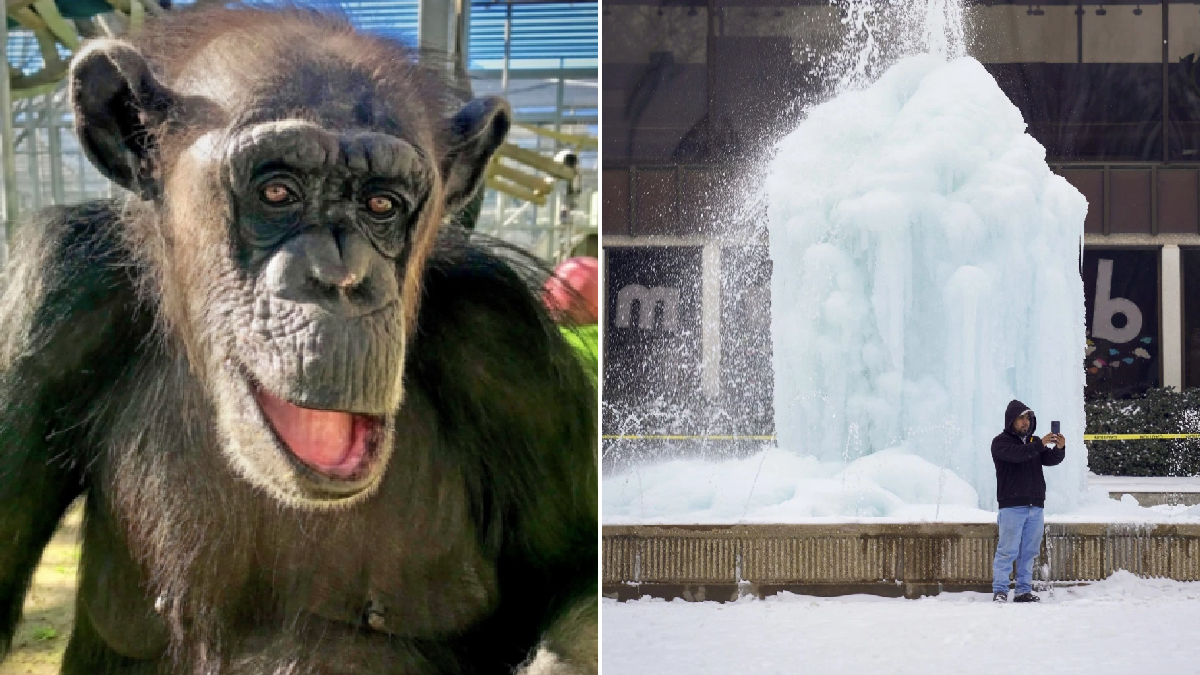 A group of monkeys, lemurs and a 58 year-old chimpanzee called Violet all froze to death after a power cut at a storm-hit animal sanctuary in Texas. Primarily Primates in San Antonio, Texas, said a total of 12 animals died after a freak snow storm saw the normally balmy area lose power for three days.

All of the creatures who live at the sanctuary, including the animals that died, had been rescued from medical testing or abuse. Sanctuary president Priscilla Feral said: ‘Every animal matters to us and we are devastated.’

Paying tribute to Violet, who was rescued from an animal testing lab, a spokesman said: ‘Violet, 58, was Primarily Primates’ oldest chimp, but she certainly did not act like it despite her pre-existing conditions.

‘She did not die from hypothermia but most likely to a stroke. She was young at heart, outgoing and spirited. She loved to explore her habitat, which sits up on a hill overlooking the pond at Primarily Primates, where she had a great view of waterfowl and other wildlife.

‘Violet, who was used in biomedical research, also liked watching movies and looking at her reflection in her care staff member’s iPhone selfie mode.’

Staff at the 78 acre sanctuary worked around the clock to try and keep its animal residents warm after the area was hit by rolling power outages. But there were not enough generators to go around, with some animals ultimately succumbing to the frigid conditions.

This week’s storm brought havoc to much of Texas, with up to three million people left without power after gas pipes and wind turbines froze.

Many Texans have also been left without running water, and lines have formed outside supermarkets, whose shelves have been stripped bare of food.

Hundreds of people have poisoned themselves with carbon monoxide by bringing portable generators or tanks indoors to try and stay warm.

At least three people have died of carbon monoxide, with a total of 18 storm-related deaths so-far reported to have taken place.

Brazil coronavirus outbreak worsens as country could soon be No. 2 in cases