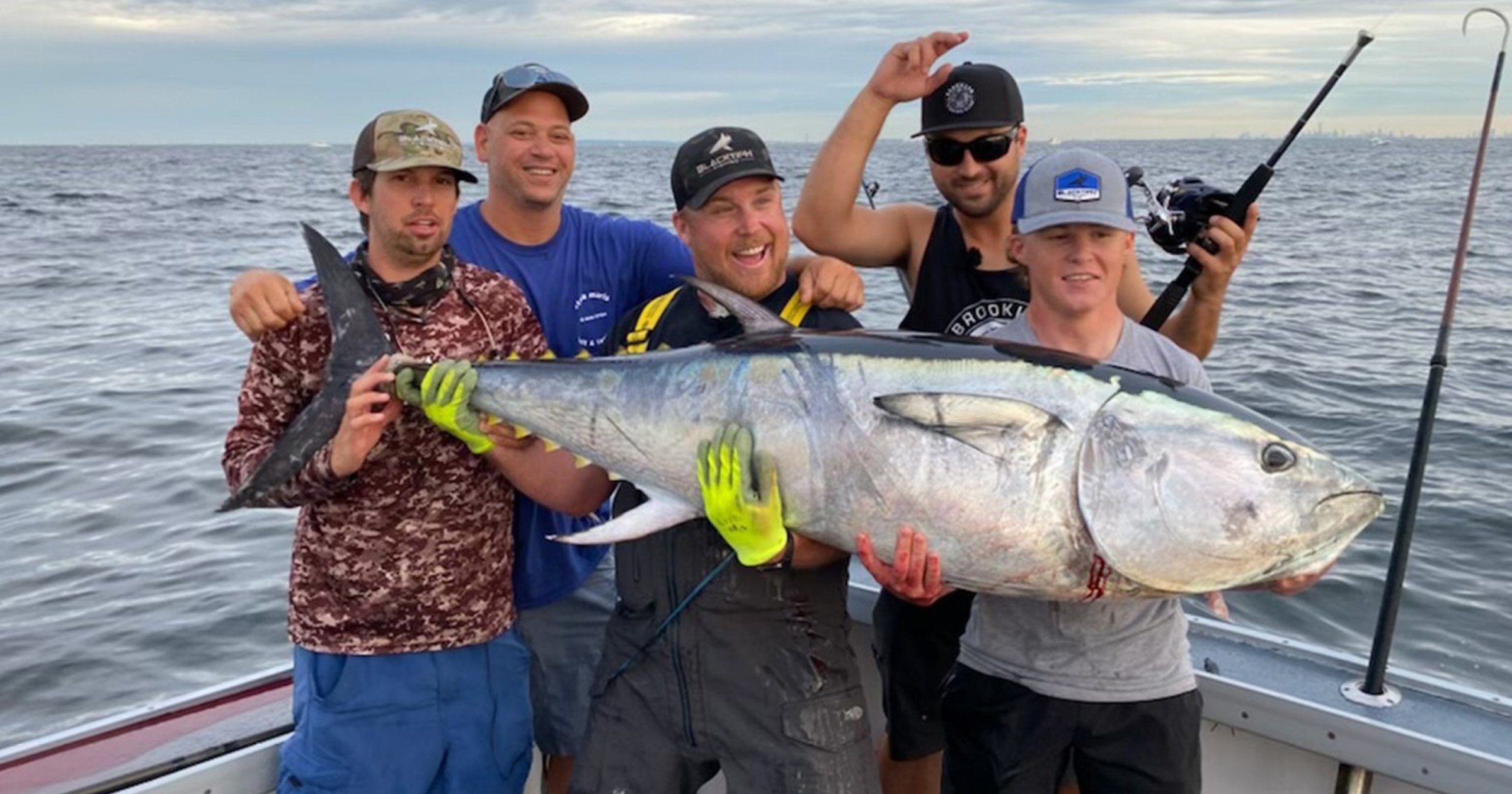 New York City anglers have been reeling in ultra rare, 600-pound Atlantic bluefin tuna. The catch, usually found far off the coast of New England, have hit the city this summer.

Fishermen and women who may otherwise go fishing in areas known for catching bluefin have flocked to the Rockaways and Jones Beach. The pursuit for a massive Atlantic bluefin tuna, which can weigh up to 2,000 pounds, has astonished New York City-based fisher men and women, the New York Post reported.

The Atlantic bluefin tuna is the largest of the 15 tuna species. Those washing up in New York have been growing in size.

In early summer, fishers mostly pulled 100-pound fish out of the water, but by August and September, the fish caught were weighing anywhere from 200 to 600 pounds.

The Brooklyn native and founder of the Rockfish Charters learned about the influx of inshore tunas from a friend who went fishing in July and ‘threw three baitfish in the wait, and caught, like, a 500-pounder’.

Colombo eventually hooked a bluefin on the Rockaway Reef in August, sharing a photo of his catch to social media.

As others caught on, and also shared their catches on social media, more and more anglers began coming and taking in massive tunas.

Colombo explained the allure, or what some may call ‘tuna fever’, to the Post: ‘It’s the thrill. It’s pound for pound the strongest fighting fish that you can hook. If you hook a 200-pound tuna versus a 200-pound shark, the tuna fights 10 times as hard.’

Another aspect of excitement for the recent surge near New York City is that in previous years, people would have to go out 40 to 100 miles from the shore to catch bluefin – but these fish are being caught a mile from the beach.

Those who manage to reel in a big bluefin, and eat its belly meat known as ‘o-toro’ are in for a treat, as the delicacy can sell for $24 a piece at Tokyo sushi bars, according to NBC News.

The ‘monster’ bluefin are not the only giant sea creatures spotted recently. A giant squid was caught on camera in the depths of the Red Sea by researchers. While exploring the remains of the ‘Pella’, which sunk in November of 2011, the team caught sight of a squid ‘larger than human’.

Although the sighting took place last year, it wasn’t until September that the researchers finally identified it as a purpleback flying squid.

And while the typical purpleback grows to about two feet, this one was the size of a person.

‘I will never forget what happened next for as long as I live,’ said science program lead Mattie Rodrigue in a video taken of the discovery.

‘I’ll Just Have to Restart Everything’: Ocracoke Island Is Hit Hard by Dorian

Who are the 2020 US Democratic presidential candidates?