After finally getting her twin babies to fall asleep in Rexburg, Idaho, Kristine Anderson described herself as a “stereotypical, Mormon stay-at-home mom.”

Then she sighed loudly, annoyed that a lifetime habit had slipped out.

Last August, leaders of her faith announced a game-changing divine revelation. Russell M. Nelson, the church’s president, said that God had “impressed upon my mind the importance of the name he has revealed for his church.” Church members should no longer call themselves Mormons, or even use the shorthand L.D.S., the church announced.

Instead, they should use the church’s full name and refer to themselves as members of the Church of Jesus Christ of Latter-day Saints. Or, if they wanted a shorter version, Latter-day Saints was preferred. As he is revered as a living prophet, the announcement had divine weight.

For the church’s 16 million adherents, the shift has meant lighthearted screw-ups, logistical complications and reflections on an unexpected question: What do you do when a name that has been core to your identity suddenly changes?

The word Mormon has been with the church from the beginning. It comes from the Book of Mormon, the church’s signature text (the main thing associated with the church that is keeping its name), which adherents believe was recorded on gold plates by the prophet Mormon and his son, Moroni.

The church has tried to stress its full name at various points in the past, including before the 2002 Winter Olympics in Salt Lake City, and has discouraged phrases like “the Mormon Church.” But until Mr. Nelson’s announcement of the divine revelation, the push hadn’t stuck.

The church’s longtime website, LDS.org, now redirects to ChurchofJesusChrist.org, and Mormon.org will soon switch over, too. In May, the church stopped posting on its @MormonChannel Instagram feed and encouraged followers to move to @ChurchofJesusChrist instead.

The church-affiliated publishing house, Deseret Book, has been phasing out or renaming titles that used the word Mormon, prompting authors to scramble to rename their books and figure out new marketing plans — ones that don’t require the use of internet search terms that are 11 syllables long.

The shift became impossible to ignore when the church’s iconic musical organization announced in October that it would no longer be known as the Mormon Tabernacle Choir, but the Tabernacle Choir at Temple Square.

All of this has left adherents with a bit of whiplash, especially following the church’s 2011 “I’m a Mormon” advertising campaign, in which leaders went all in by placing ads on buses and billboards in New York’s Times Square and plastering the internet with profiles of tens of thousands of Mormons.

Some members have felt relief and a new optimism about broader inclusion in American society. The move signals a top-down effort to ensure the faith is taken seriously as part of the Christian community, said Amanda Hendrix-Komoto, an assistant professor of history at Montana State University, who studies the church and is not a member.

“If you walked into any of the Christian bookstores,” she said, “Mormonism was in the cult section.” 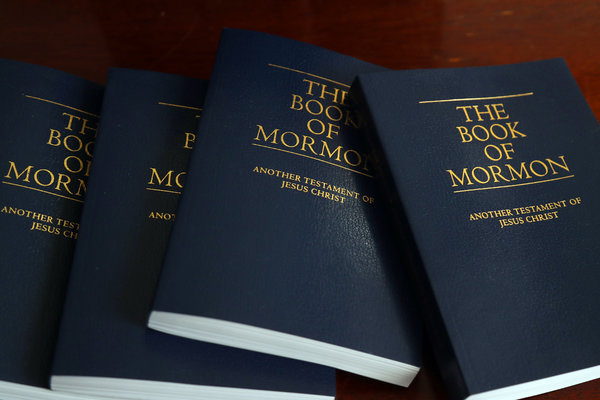 Their place in the Christian tradition is something that many church members struggled to make clear as they shared their faith with others.

In significantly evangelical Dallas, Phylicia Rae Jimenez, a high school English teacher, said that even before the move to drop Mormon, she had usually introduced herself as a member of the Church of Jesus Christ of Latter-day Saints. “My faith has always been rooted in being a Christian, as opposed to, ‘I’m a Mormon,’” said Ms. Jimenez, 31, who converted about 10 years ago.

Still, when she tells people she is a member of the Church of Jesus Christ of Latter-day Saints, she often loses them before she is halfway through the name.

“You always have to follow up with Mormon,” she said. “Because it’s longer, people are like, ‘Oh, it’s the Seventh-day Adventists.’ I’m like, no, still no.”

In Utah, Travis Anderson, Ms. Anderson’s brother-in-law, had long disliked the “inordinate” amount of time it would take trying to convince people that his faith was actually founded in Jesus.

“It used to be you’d say Mormon, and the first things people would say would be polygamy or racists,” he said as he prepared to lead a Boy Scout camping trip in Moab, Utah. “Now you can immediately move into a conversation about, what is your view on abortion, life after death, any of these other more spiritually based topics.”

But others have felt frustration — even anger and confusion — over the name shift.

When Alma Loveland of Springville, Utah, heard the announcement last summer, her workday was “wrecked.” To be Mormon had long been her cultural identity, she said, even though she stopped practicing the faith three years ago and now calls herself an ex-Mormon or former Mormon.

Many families have felt the tension of the shift. In Virginia, Meredith Marshall Nelson, 33, editor of the Mormon Women Project, a storytelling platform, said she supported the church’s desire to use its official name, but had found herself simply saying she was a Christian if there was no time to explain more. She said she would mourn the loss of the word Mormon if it became a complete taboo.

“Being a Mormon, as Joseph Smith thought of it, means being a truth gatherer,” Ms. Marshall Nelson said. “That’s an identity that I am going to keep in my heart.”

“When I was baptized, I believe I really did take the name of Jesus upon me,” said Mr. Marshall, 35, a regional church leader. “In some ways, my identity was subsumed in his. As I’ve thought more about being a member of the Church of Jesus Christ of Latter-day Saints, I felt that a bit more deeply.”

National groups are trying to strike a balance between following church guidance and holding to their own missions.

Mormon Women for Ethical Government, an activist women’s group that was formed in response to President Trump’s election, has decided to keep its name, at least for now. A change in the future could come if more women from other religious traditions join, said Sharlee Mullins Glenn, the group’s founder.

“In this case,” she said, “we would most likely change our name to something like Women of Faith for Ethical Government.”

But Latter-day Saints Democrats, a political group most commonly known as L.D.S. Dems, is keeping its logo, a blue circle with “LDS” in the middle, with an extra-large D.

“If the name of our page was Democrats from the Church of Jesus Christ of Latter-day Saints, and we are posting about Wilbur Ross manipulating the census, we feel like that is taking the Lord’s name in vain,” said the group’s national co-chair, Rob Taber, referring to the commerce secretary. “We find that to be mildly sacrilegious.”

Leaders at the Mormon History Association, whose members study the full spectrum of traditions connected to Joseph Smith — who published the Book of Mormon in 1830 — took just five minutes to decide to keep their name at a recent board meeting.

The Church of Jesus Christ of Latter-day Saints may be the largest, but dozens of other religious groups also trace themselves to Mr. Smith.

The Community of Christ, formerly known as the Reorganized Church of Jesus Christ of Latter Day Saints, has its headquarters in Missouri, ordains women and has a quarter-million members. There’s also the Church of Jesus Christ, whose web address, thechurchofjesuschrist.org, is just three letters off from the new churchofjesuschrist.org. There are also smaller, or even now nonexistent, groups that have split off from the main branch over time.

Then there is the question of who gets to call itself “the Church of Jesus Christ,” given the entire spectrum of Christian churches outside those that are connected to Mr. Smith.

For many Latter-day Saints, the most important cue came from the church’s iconic musical organization, known since 1929 as the Mormon Tabernacle Choir. The group was on tour in Los Angeles last year, singing in Disney Hall, when a bishop asked choir leaders to begin thinking about new names.

At first many performers felt “a little uptight” about the idea, said the group’s president, Ron Jarrett. “That is what the world knew us as,” he said in a phone call from Stockholm, ahead of a tour to Scandinavia next summer. “It was a huge brand issue for us.”

Still, the group had to manage a swath of legal issues, like how to protect copyrights and recording labels all made under the former name. Products and recordings made before 2019 will maintain the previous legal name, but new ones will not.

“For me, it has been an opportunity to really evaluate who we are and what we stand for,” Mr. Jarrett said. “I was able to say, ‘I will follow a living prophet, and our music will remain the same.’”

The singers have retired their catchy nickname, the MoTabs. They are trying out a new one, Mr. Jarrett said: the TCats, or TabCats.

“I think it will be a while before it really sticks,” he said.

Quispamsis, N.B., to survey residents on amalgamation with Rothesay