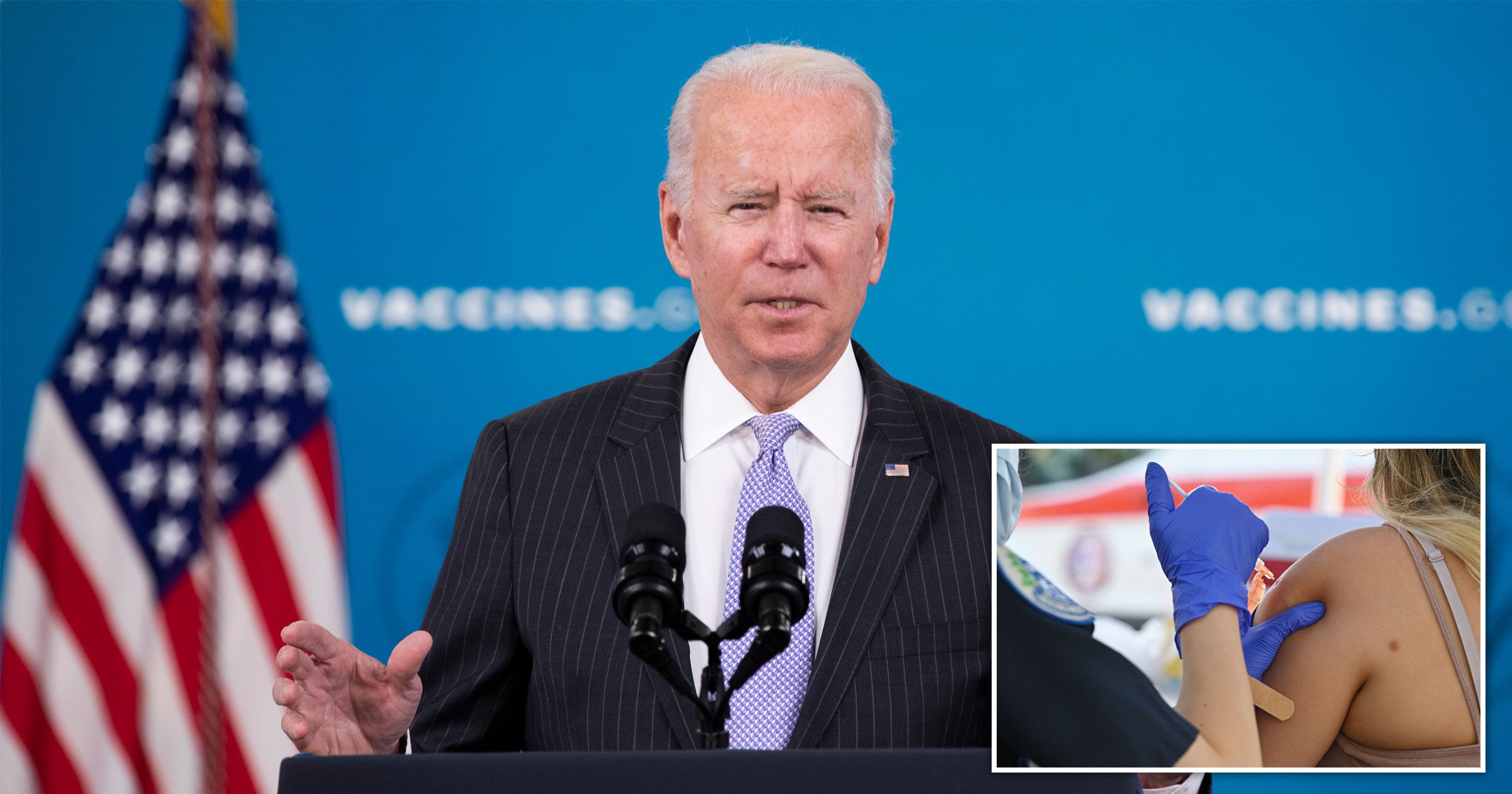 American companies with more than 100 employees have been mandated to require Covid-19 vaccines for their workers or regular testing by January 4, under a newly released Biden administration rule.

The policy, announced in a White House statement on Thursday morning, covers two-thirds of the country’s workforce.

Businesses could be fined $14,000 for each violation of the policy. Hospitals could lose Medicare and Medicaid funding.

In a statement, the White House announced two policies ‘that will drive even more progress and result in millions of Americans getting vaccinated, protecting workers, preventing hospitalization, saving lives, and strengthening the economy’.

The Department of Labor’s Occupational Safety and Health Administration (OSHA) unveiled the details of a vaccination requirement for employers with 100 or more workers. OSHA’s rule also requires employers to enforce mask-wearing for unvaccinated workers and give paid time off to workers to get the jab. The rule will cover 84million employers.

In addition, the Department of Health and Human Services’ Centers for Medicare & Medicaid Services (CMS) rolled out details on its requirement for health care workers to be fully vaccinated in facilities participating in Medicare and Medicaid. It covers more than 17million employees at 76,000 facilities.

President Joe Biden had previously mandated millions of federal workers and contractors to be fully vaccinated.

‘To make it easy for businesses and workers to comply, the Administration is announcing today that the deadline for workers to receive their shots will be the same for the OSHA rule, the CMS rule, and the previously-announced federal contractor vaccination requirement,’ the White House statement reads.

‘Across all three requirements, workers will need to have the necessary shots to be fully vaccinated – either two doses of Pfizer or Moderna, or one dose of Johnson & Johnson – no later than January 4, 2022.’

The mandate is the latest part of Biden’s aggressive plan to fight the pandemic that has continued to hurt the economy and his presidency. The January 4 deadline heeds to industry groups that asked the administration to wait until after the holidays as they face worker shortages.