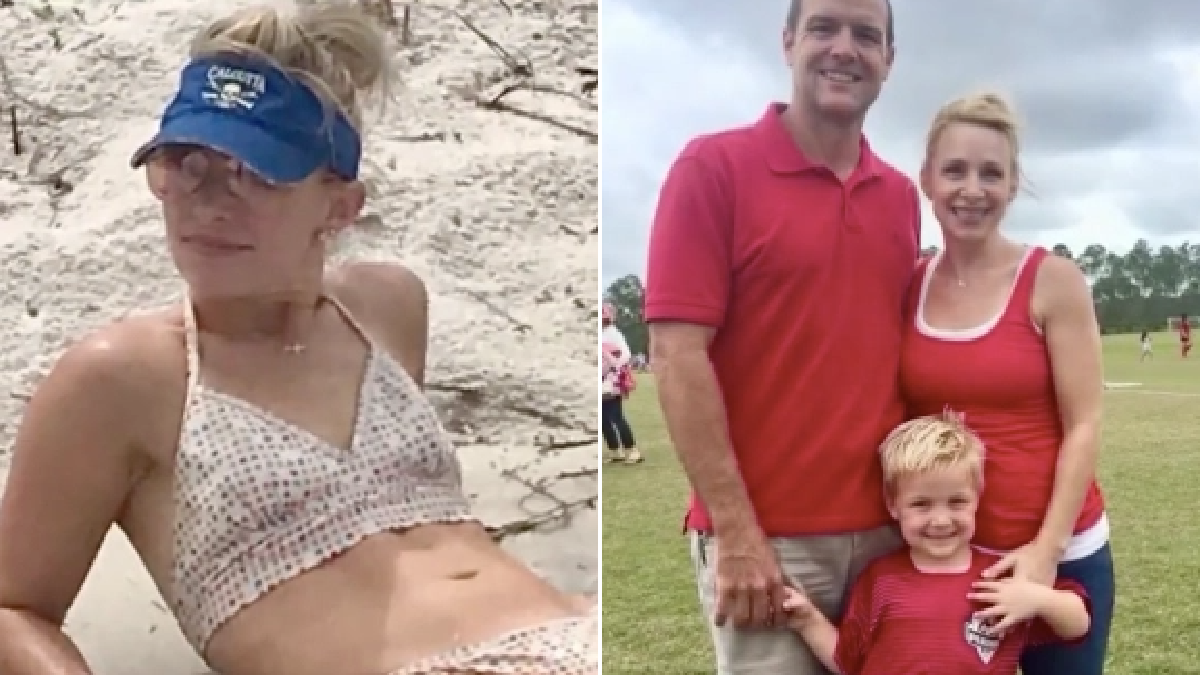 A 42 year-old mother has told of how her faulty breast implants made her feel like an exhausted and depressed 80 year-old woman. Missy Britt, from Pensacola in Florida, got her boob job after admitting: ‘I had always been insecure about my breast size.’

But three years after having the cosmetic surgery, she began to feel increasingly ill. Missy explained: ‘I started feeling fatigued and brain fog and I started getting sick more often and that probably started around year three, and then it progressively got worse after that.

‘I started having really bad panic attacks. I was on a prescription for two antidepressants for depression and anxiety, and a sedative for insomnia. I was on a medication for acid reflux. I took (anti-inflammatory medication) Aleve like it was candy because everything just hurt all the time.’

Missy says she initially dismissed her symptoms as signs of getting older – but that a lightbulb went on in her head when she began researching breast implant-related illnesses.

‘Something was really really wrong and I knew it but every doctor I went would just give me a prescription for that ailment.’

Many doctors refuse to recognize ‘breast implant sickness’ as a surgery, with the US government’s Food and Drug Administration deeming the prosthetics safe for use.

Breast augmentation is the most popular type of cosmetic surgery in the US, with close to 300,000 women undergoing the procedure in 2019.

But Doctor James Koehler is one medic who takes the potential issues caused by implants seriously – and worries they could lead to a host of serious conditions.

He explained: ‘There are studies that indicate that there can be increased incidence in potential autoimmune diseases such as Sjogren’s, lupus, rheumatoid arthritis, things like that.’

The medic added that anyone who opts to have their implants removed should ensure any scar tissue touching the implant is also taken out, as that may also be contaminated.

Missy says she feels much better since having her implants removed.

She has shared her story to try and make other woman aware of the risks she wishes she had known before going under the knife.

‘I feel amazing, and I don’t feel like I’m an 80-year-old woman anymore and I feel like my hormones have leveled out and I just feel a lot better.

‘My mind is very clear too… If my doctor told me the risks that I was facing I would not have gotten implants.

‘I wish looking back that I was just happy and confident with my body and myself.’