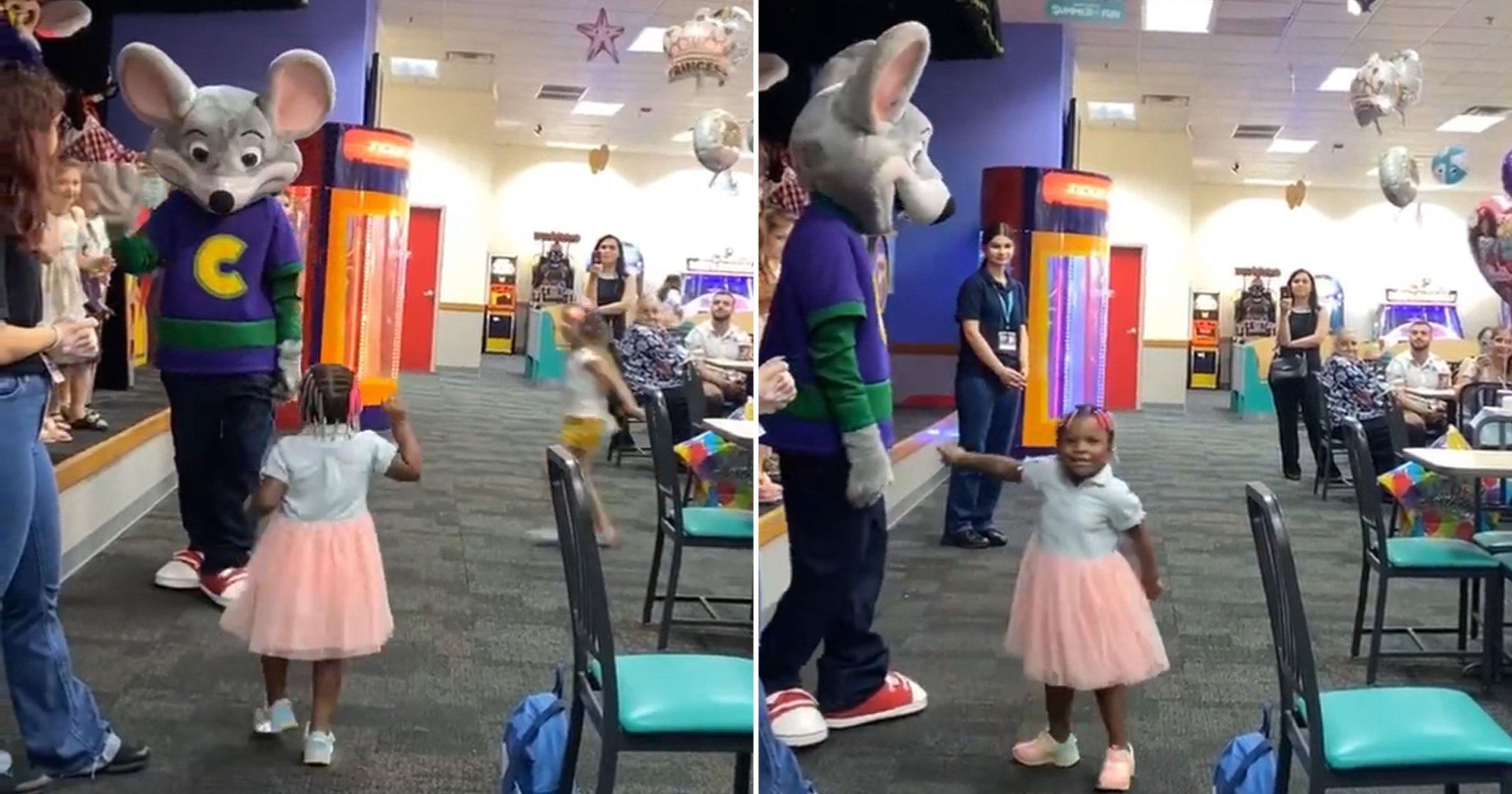 Chuck E Cheese has come under fire after a mother accused the costumed character of racially discriminating against her toddler.

The mother shared a video clip to Twitter showing Chuck E Cheese, the restaurant’s mouse mascot, high-fiving white children who are standing on a stand and ignoring a black girl standing below who was holding her hand out.

‘On July 30 at Chuck E Cheese in Wayne, NJ, my 2yo was racially discriminated against,’ the mother wrote in the Twitter post.

‘As you can see, he gives all of the yt (white) kids hi-5s & PURPOSEFULLY ignored by black baby. When confronted he ignored me as well.’

‘Saying she’s “sorry I feel that way” but he didn’t see her, even after showing her the PROOF in the video,’ the mother added in a separate tweet.

The viral footage comes after similarly costumed characters at Sesame Place, a Philadelphia theme park, seemed to ignore a young black girl during a parade. That girl’s father, Quinton Burns, has since filed a lawsuit against SeaWorld Parks, which owns Sesame Place, over racial discrimination.

Sesame Place has issued several apologies, the first explaining that the character had difficulty seeing in the costume and had been seen gesturing ‘no’ to a parent who was asking them to hold their child for a photo.

In a second statement, the amusement park said they will review the lawsuit and are ‘committed to deliver an inclusive, equitable and entertaining experience for all our guests.’

Chuck E Cheese has not yet released a statement following the woman’s accusations of racial discrimination.

An Update on a Crucial District Attorney Race

The Snowbirds bring ‘Operation Inspiration’ to the skies over Kingston region