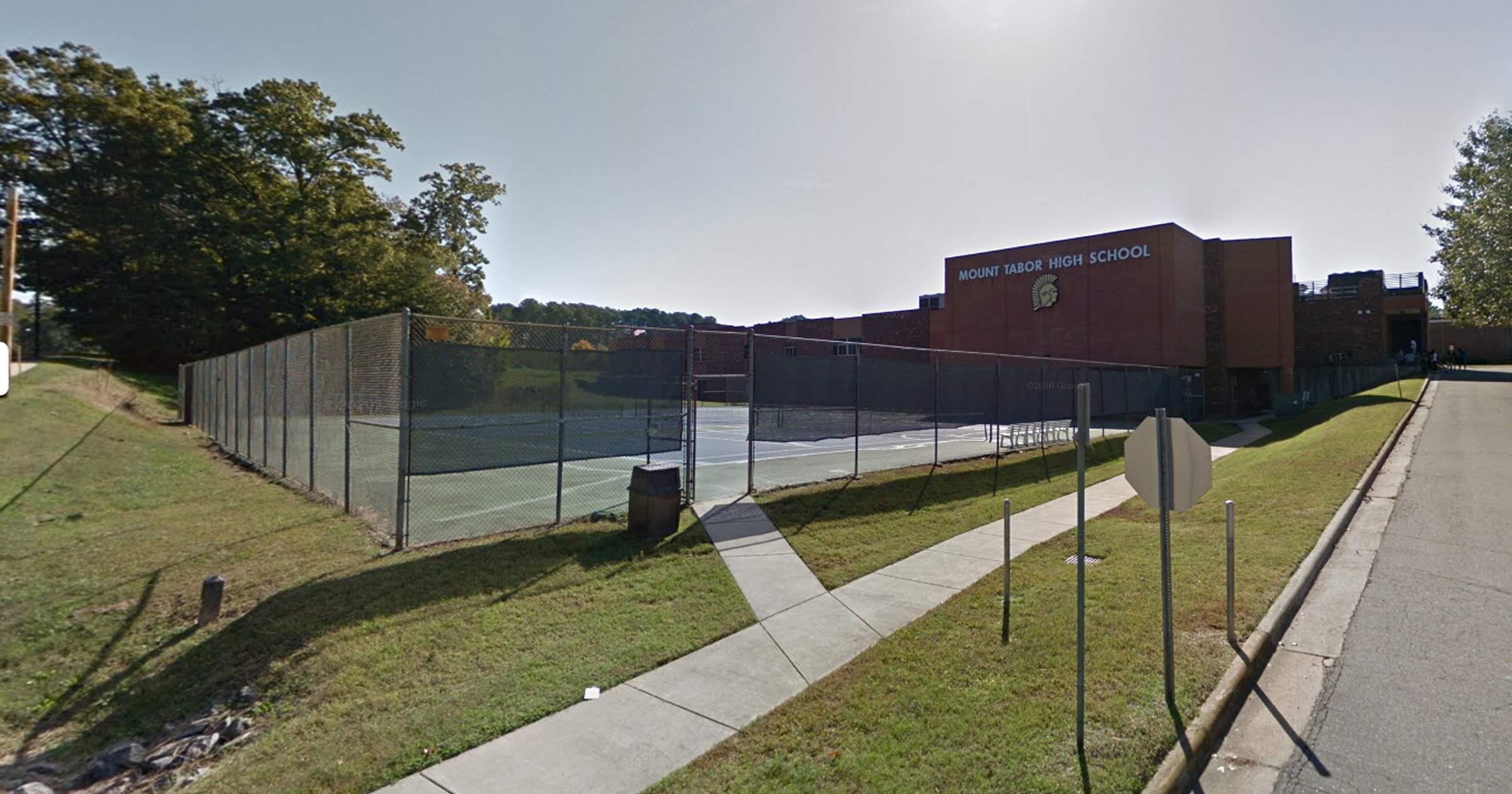 A high school in North Carolina was placed on lockdown after reports of an active shooter and at least one student injured.

‘Mount Tabor High School is on lockdown. There has been a shooting on school property,’ the Forsyth County Sheriff’s Office posted on Facebook on Wednesday afternoon.

The sheriff’s office added that it had secured the campus along with the Winston-Salem Police Department and ‘are doing everything possible to keep students safe’.

‘We are actively investigating what happened and will share confirmed information as appropriate,’ the sheriff’s office wrote. ‘Anyone reporting to campus will be redirected to the neighboring Harris Teeter parking lot as the investigation continues.’

The police department earlier on Wednesday afternoon alerted parents against going to the campus but had not confirmed a shooting.

‘Parents, do not respond to Mt Tabor High School. We will post pick up locations as soon as possible,’ the Winston-Salem Police Department tweeted.

A large police presence was at the high school, WGHP reported.

Several Twitter users claimed a gunman was at the campus.

‘Active Shooter at Mt Tabor High School. 3 people have been shot already,’ wrote a Twitter user who described herself as a ‘Woman Working in Sports and Entertainment’.

Another Twitter user wrote that ‘one student was shot’ and that it was the second school shooting of the week in North Carolina.