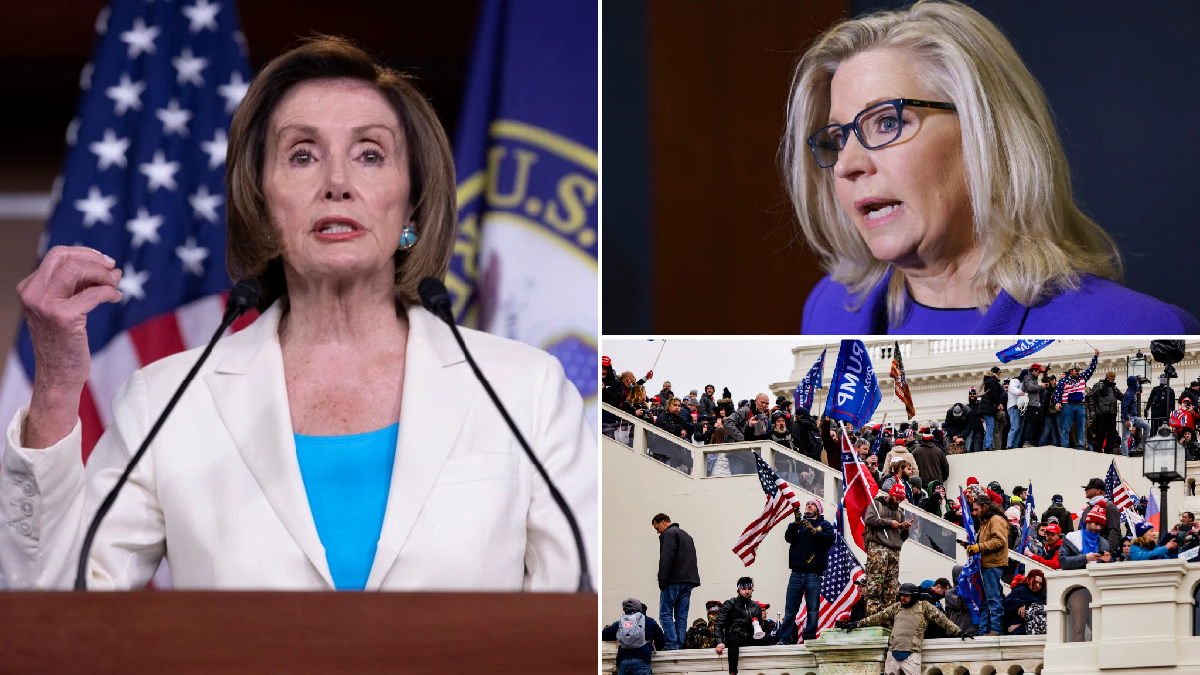 House Speaker Nancy Pelosi has named a vocal Donald Trump critic who was ousted from Republican leadership to sit on the newly formed select committee to investigate the Capitol riot.

Rep Liz Cheney, who was removed as the No. 3 Republican in mid-May, will serve on the Democrat-led probe of the deadly January 6 insurrection.

‘We are very honored and proud she has agreed to serve on the committee,’ Pelosi said during a press conference on Thursday, a day after the House voted 222-190 largely along party lines to create the panel.

Cheney was not at the news conference but in a statement said she was ‘honored’ to serve on the committee.

‘What happened on January 6th can never happen again,’ Cheney stated. ‘Those who are responsible for the attack need to be held accountable and this select committee will fulfill that responsibility in a professional, expeditious, and non-partisan manner.’

Cheney did not name Trump, who urged his followers to fight the election results. House Republicans voted Cheney out of her role as House Republican Conference chair after she clashed with House Minority Leader Kevin McCarthy and other senior GOP leaders by calling out Trump’s unfounded claims that the 2020 election was stolen from him.

At the time she was removed, Cheney vowed she ‘will do everything I can to ensure that the former President never again gets anywhere near the Oval Office’.

Cheney’s appointment to the select committee was not a surprise.

Pelosi has the authority to choose the chair and at least eight of the 13 members of the committee. McCarthy can name five members but has given no word on who, if anyone, he has picked.

The select committee was created a month after Senate Republicans blocked a bipartisan commission from forming to probe the Capitol riot.

Where it went wrong for Canada’s Conservatives