A Roman Catholic priest in Northern New Jersey was arrested and charged this week with multiple counts of child sex abuse dating to the early 1990s, the state attorney general’s office said. It was the first criminal case brought by New Jersey’s Clergy Abuse Task Force, which was formed last year to investigate abuse allegations in the Catholic Church.

Father Thomas P. Ganley, 63, of Phillipsburg, was arrested on Wednesday and charged with one count of aggravated sexual assault in the first degree and two counts of sexual assault in the second degree, the office of Attorney General Gurbir S. Grewal said in a statement. The office did not reveal the sex of the victim, who it said was between the ages of 14 and 17 at the time.

Father Ganley was assigned to Saint Philip & Saint James Church in Phillipsburg at the time of his arrest, but the attorney general’s office said the abuse occurred between 1990 and 1994 at Saint Cecilia Church in the Iselin section of Woodbridge. Both churches are part of the Diocese of Metuchen.

“Our Clergy Abuse Task Force is diligently pursuing its mission to expose the truth about past wrongs and seek justice for survivors, because no person is above the law and no institution is immune from accountability,” Mr. Grewal said in a statement. “This case illustrates that we are prepared to move swiftly to investigate allegations, and where there are viable criminal charges, to pursue those charges.”

The Rev. James F. Checchio, the bishop of Metuchen, said in a statement that it had never received an accusation of sexual abuse or misconduct related to Father Ganley, who he said also served as a chaplain at St. Luke’s Warren Campus Hospital in Phillipsburg.

Kira Bub, a spokeswoman for St. Luke’s University Health Network, said in a statement that Father Ganley had never been employed as a chaplain at the hospital. Instead, she said he was “one of several religious leaders who when requested by patients was permitted to visit in their room to minister requested services.” 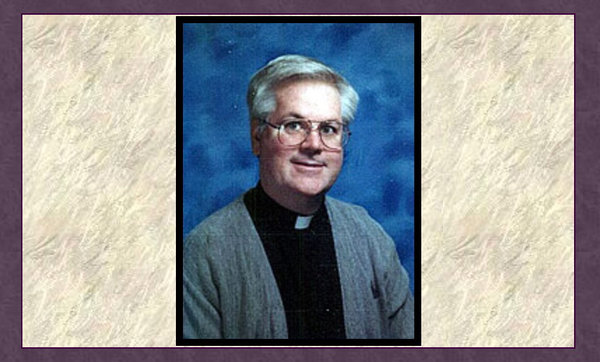 “We have never received a single complaint about him,” she said. “We conducted appropriate background checks and clearances and we were unaware of any criminal offenses or complaints prior to the allegations.”

The bishop said the diocese was in the process of sharing news of the arrest with all parishes and organizations where Father Ganley had previously ministered.

“It’s our understanding the victim just came forward to prosecutors as an adult with an allegation of abuse that occurred while a minor in the early 1990s,” Bishop Checchio said in a statement. If the allegations were proved to be true or if Father Ganley admitted to them, the bishop said, “as per Church protocol, he would then be removed from the priesthood.”

In a letter sent to members of Father Ganley’s parish in Phillipsburg, the Rev. John Barbella, the pastor, said that a statement about the arrest and indictment would be read to parishioners at Masses this weekend. Father Ganley’s name had been removed from the parish website by Friday evening.

“It truly breaks my heart to have to share such news with you,” Father Barbella said in the letter. “Please pray for the victim of this crime, and for the healing of everyone who has been hurt by it.”

The attorney general’s office said Father Ganley was currently being held at the Middlesex County Adult Corrections Center in New Brunswick. In his statement to the diocese, Bishop Checchio advised anyone with information about the allegations against Father Ganley or any other priest to contact law enforcement and the diocese’s Office of Child and Youth Protection.

“The sexual abuse of a minor is among the most terrible of crimes because it is committed against society’s most innocent and vulnerable,” Bishop Checchio said in his statement. “Incidences of this type truly sicken and sadden me. I am truly sorry to learn of this abuse and the suffering of this victim.”

The attorney general’s office formed the Clergy Abuse Task Force in September 2018 in response to the publication of a 1,350-page Pennsylvania grand jury report that detailed abuse allegations against Roman Catholic priests by more than 1,000 accusers in four of the state’s six dioceses. Its mandate is to investigate claims of abuse in all seven of the Catholic dioceses in New Jersey as well as any efforts to cover up acts of abuse.

US to hit Iran with ‘major’ sanctions