Gov. Andrew M. Cuomo and the Legislature have agreed to raise taxes on the wealthy and give aid to renters, businesses and undocumented immigrants. 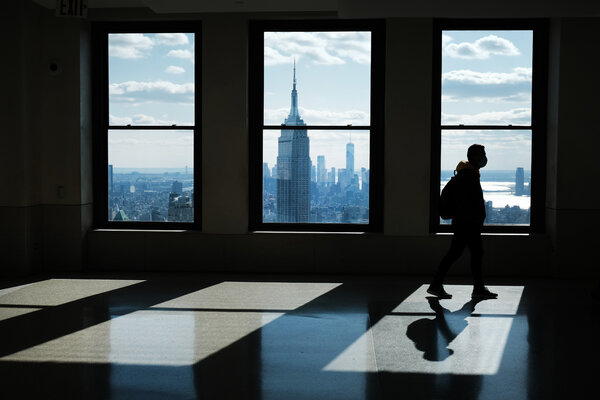 By Luis Ferré-Sadurní and Jesse McKinley

New York State leaders announced they had reached an agreement on Tuesday on a $212 billion state budget that includes tax increases on the wealthy as well as substantial relief for renters, undocumented immigrants and business owners hit hardest by the coronavirus.

Many of the budget’s key initiatives are aimed at jump-starting the recovery of a state that was the onetime epicenter of the pandemic.

It includes $2.3 billion in federal funds to help tenants late on rent; $1 billion in grants and tax credits for small businesses that suffered from the economic downturn; and a $2.1 billion fund to provide one-time payments for undocumented workers who did not qualify for federal stimulus checks or unemployment benefits, according to budget highlights released by the governor’s office.

All were proposals championed by Democratic leaders of the State Legislature, who leveraged Gov. Andrew M. Cuomo’s weakened political position to forcefully lobby for their priorities, including a long-sought personal income tax rate increase on individuals making over $1 million — overcoming the governor’s longtime aversion to raising taxes on the rich.

Two new brackets would also be introduced for incomes over $5 million and $25 million. The changes mean wealthy residents of New York City would effectively be subject to the highest combined local and state personal income tax rates in the nation, surpassing California.

The ramifications of the tax changes are sure to spur a contentious debate in the coming months. Progressives see them as essential to help pay for new liberal priorities for vulnerable New Yorkers, especially after the pandemic drove up unemployment and shut businesses. But there are concerns among conservatives that higher taxes could lead rich New Yorkers, some of whom may already be working remotely, to move permanently to lower-tax states, such as Florida.