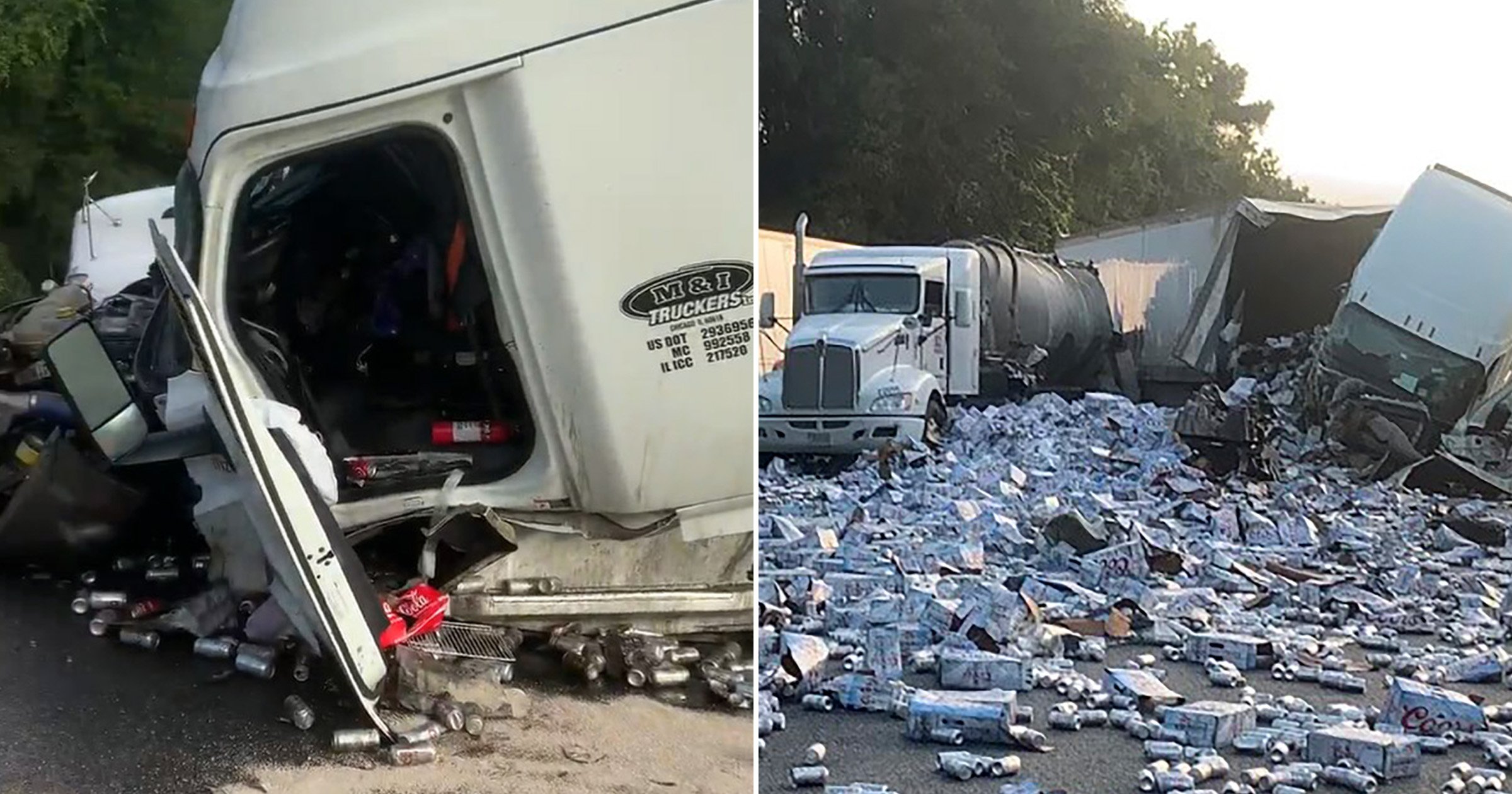 A motorway in the USA had to be shut yesterday after a truck carrying beer crashed, spewing cans all over the road.

Pictures show the Florida highway turned into a sea of silver tins of Coors Light after the multi-vehicle pile-up.

No one is believed to have been seriously injured in the early morning incident, but people in a pick-up truck reported minor injuries.

The highway was temporarily closed after the lorry carrying the Coors cases did not brake in time before downing a pickup truck and another lorry.

Cans of beer then careered onto the road. It is unclear exactly what happened to them but video footage suggests a piece of machinery was used to push them to piles on the side of the road, where they seem unlikely to have been drunk.

The multi-vehicle crash occurred shortly after 6am local time in the southbound lanes of Interstate 75, about 30 miles north of Tampa, the Florida Highway Patrol said.

Officials believe the pileup began when one lorry clipped another while changing lanes, forcing others to brake.

That forced other lorries to slow down but the Coors Light carrier failed to stop in time.

There has been no suggestion that the driver had been drinking.

At least four lorries can be seen in images from the scene.

The road was partially opened to traffic by 8.30 am local time, and fully reopened around noon, troopers said.