Home » Americas » ‘No Excuse Not to Be Vaccinated’ in Texas, Which Expands Eligibility to All Adults

Texas and five other states began providing coronavirus vaccines to everyone 16 and older regardless of health conditions on Monday, with other states scheduled to do the same this week. 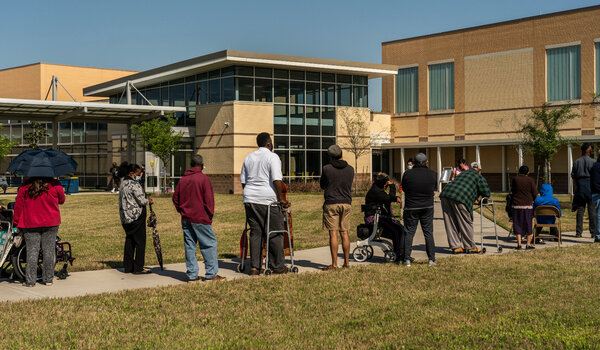 HOUSTON — As Texas joined several other states on Monday in opening eligibility for coronavirus vaccines to millions of healthy adults, anticipation for the shot could be seen in the long line that snaked outside Booker T. Washington High School in Houston.

“This is a good sign,” said Nelson Garcia, 48, who waited more than two hours with his two young children before he was finally within reach of protection from a disease that could be deadly for people with diabetes like himself. “It looks like everyone wants to get vaccinated. I want my children to see that this is a good thing and that the vaccine may finally help us get back to normal.”

On Monday, Texas became the largest state to expand vaccination eligibility to anyone 16 or older, or about 22 million people. Long lines were replicated across the state and appointments were difficult to snag online. Vaccination spots at HEB.com, the website for the most popular supermarket chain in Texas, were few and far between.

The spike was expected. “Virtually anyone can get a vaccine now,” said Representative Sheila Jackson Lee, a Democrat who represents the Houston region.

Five other states, including neighboring Oklahoma and Louisiana, as well as Kansas, Ohio and North Dakota, also opened their doors for all adults on Monday. Several reported increased interest in the vaccine, but the numbers did not overwhelm the system of vaccine providers. 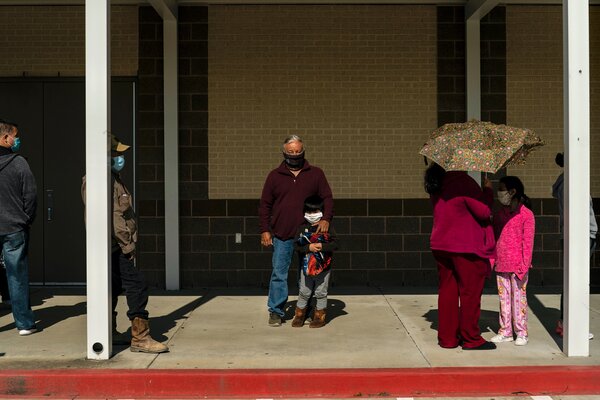 Also on Monday, officials in New York State, once the center of the pandemic that has killed about 31,000 people in New York City alone, announced that beginning on Tuesday, all adults 30 and older would be eligible for the vaccine. At least 37 other states have vowed to offer shots to every adult who wants one by mid-April.