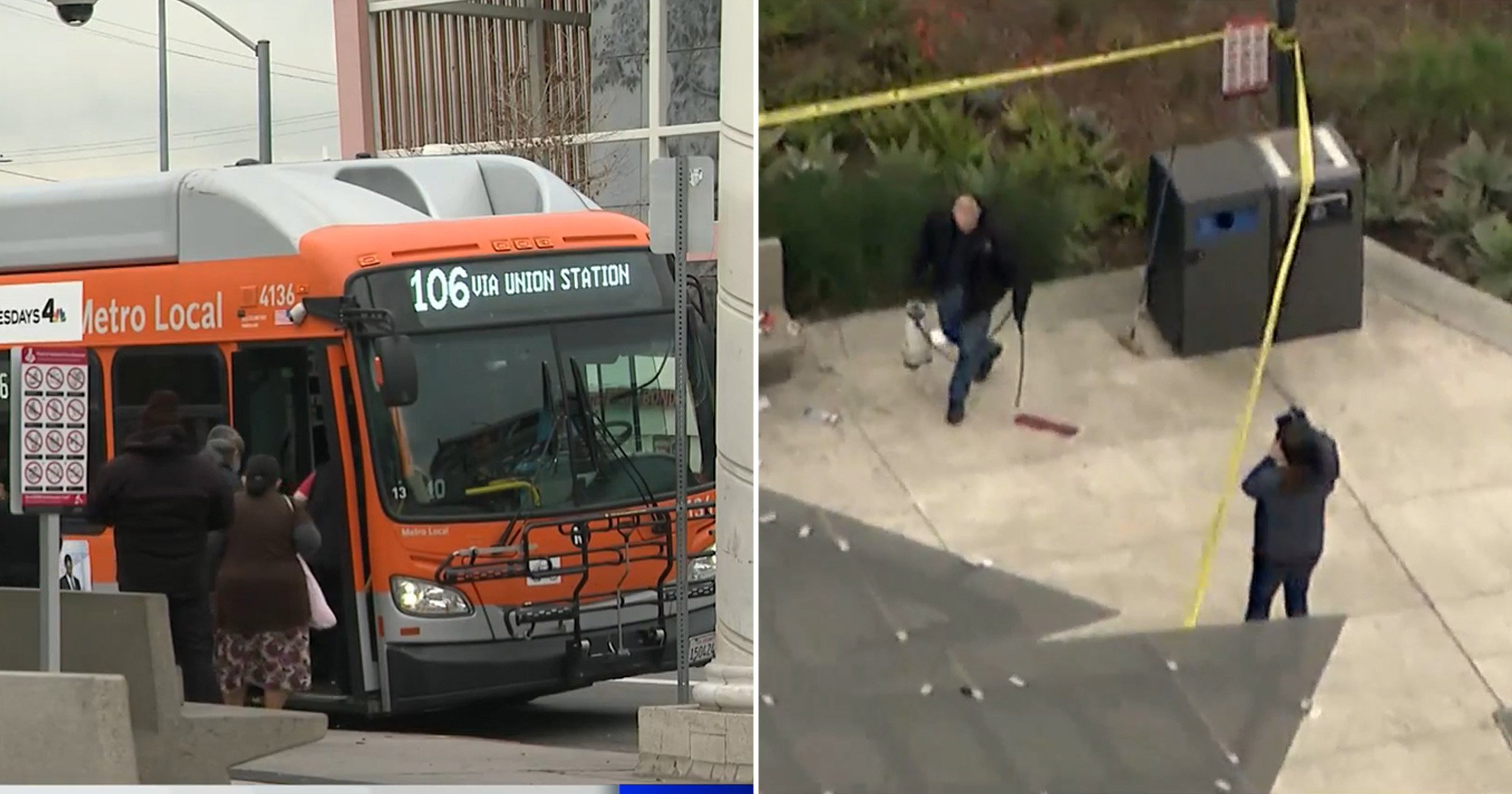 An elderly nurse died at the hospital where she worked for more than three decades after being beaten by a homeless man at a bus stop on her way to her job.

Sandra Shells, 70, was struck in the head by a homeless man around 5.15am on Thursday at a bus stop where she was waiting for transportation to Los Angeles County-USC Medical Center, according to the Los Angeles Police Department (LAPD).

On Sunday, her employer announced that she died of her injuries at the same hospital where she served for 38 years.

‘We are deeply saddened by this news,’ LA County-USC Medical Center officials stated. ‘Sandra Shells will forever be remembered for her compassionate care and unmatched dedication to her patients and her community throughout her 38-year career at LAC+USC.’

A homeless man, Kerry Bell, 48, was found sleeping not far from the bus stop the same day and arrested without incident, the Daily Mail reported.

Bell allegedly punched Shells on her head and caused her to hit her head on the ground, possibly against concrete. Shells’ skull was fractured.

Police said Bell was arrested on suspicion of assault, that could be updated to suspicion of murder. The motive of the attack has not been released.

Shells’ employer stated that ‘Sandra worked tirelessly and selflessly to keep her patients safe and healthy and will always be remembered as a kind, compassionate and giving nurse with a helpful and thoughtful nature who was a favorite amongst colleagues and patients’.

‘There will never be enough words to express our gratitude for her tremendous work and dedication,’ the employer stated.

Bell is being held on $2million bail, jail records show. He had one prior arrest in Los Angeles and multiple other arrests in other states, LAPD said.

Los Angeles County Supervisor Kathryn Barger called for a full investigation on the attack. Essential workers like Shells deserve a ‘more safe and stable environments’ especially with the challenges they face working amid the pandemic, Barger said.

‘Learning of this attack is both shocking and heartbreaking,’ Barger stated. ‘I’m asking for a full investigation into what caused the attack and any information that can be used to prevent this from happening again.’

As Search for Tennessee Flood Victims Ends, a Community Grieves