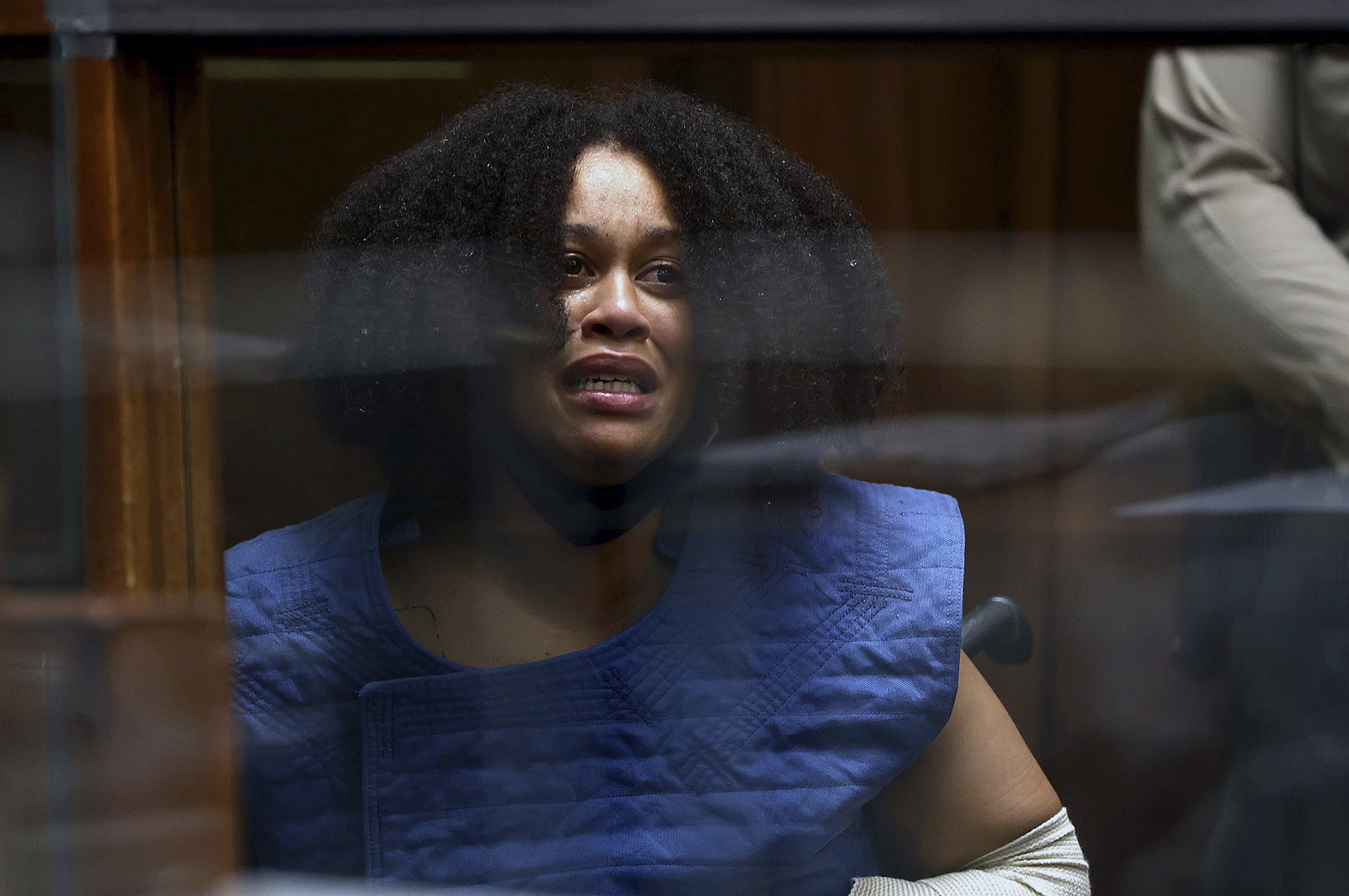 A nurse charged with six counts of murder in a Los Angeles crash that killed a pregnant woman and five others had 13 prior road accidents – yet was still allowed to drive and work at a hospital.

Prosecutors in court as Nicole Lorraine Linton, 37, was charged on Monday revealed that she was involved in 13 car accidents in the past, including a 2020 crash with two vehicles totaled.

In two of those incidents in Texas, one in 2013 and another in 2016, another driver rear-ended Linton’s car, according to records obtained by the Daily Mail.

Halim Dhanidina, an attorney for Linton, said she has ‘profound mental health issues’ that could be linked to the deadly crash on Thursday in California.

Authorities said they have not found evidence that Linton was driving under the influence of alcohol or drugs in the crash that killed pregnant Asherey Ryan, 23, her 11-month-old son Alonzo Luchiano Quintero, her unborn child’s father Reynold Lester, 24, and three others.

Linton allegedly sped through a red light at about 90mph, hitting cars at a busy intersection.

It is not clear why Linton was allowed to serve in healthcare, particularly in the intensive care unit, given her apparent mental health issues. She was working for AMN Healthcare at a Kaiser Permanente Hospital in Los Angeles.

On Monday, Linton sobbed as she heard her charges.

She is being held on a $9million bond at the Century Regional Detention Center in Lynwood, as a judge determined she could be at flight risk because she is a traveling nurse.

Linton moved from the Washington, DC, area to Laredo in 2013 and to Houston in 2014, records show.

If convicted of all charges, Linton could be sentenced to as many as 90 years to life in prison.

Linton’s attorney has asked that her arraignment be postponed to October.

US election 2020: Donald Trump proposes pushing presidential debates back by a week