Four workers at a daycare facility were charged with child abuse after a video of them scaring children with a ‘Scream’ mask went viral.

Sierra McCandless, Oci-Anna Kilburn, Jennifer Newman, and Misty Shyenne Mills were each charged with three counts of felony child abuse by the Monroe County Sheriff’s Office for the stunt.

A fifth employee, Traci Hutson, was also charged with failure to report abuse by a mandatory reporter and simple assault against a minor – both misdemeanor offenses. 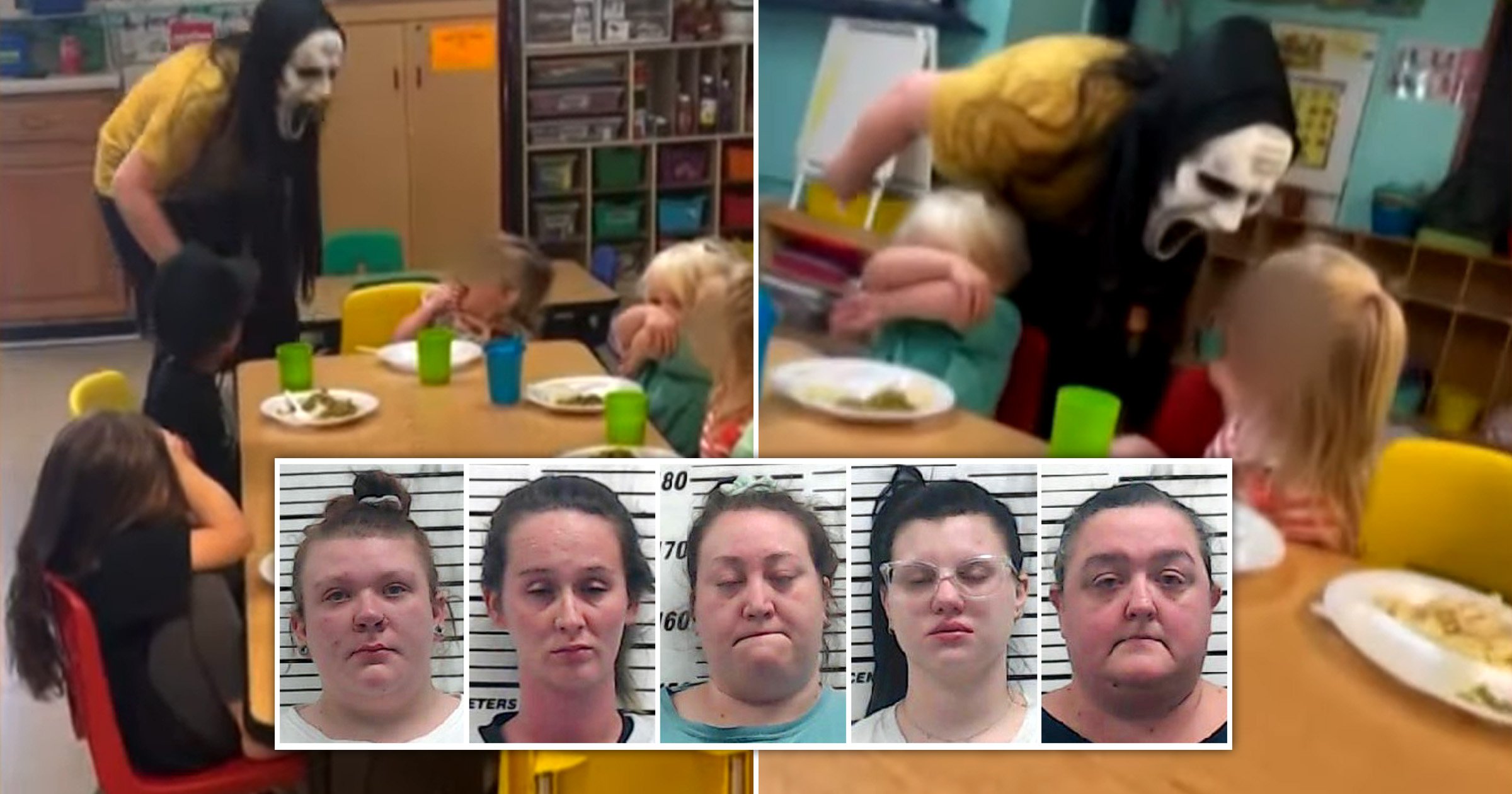 In the video, an adult can be seen screaming in a terrified child’s face while they eat a meal.

Multiple children can be heard crying in the background. One child can be seen holding his arms over his eyes as the employee screams.

The punishment was used against children who were not ‘acting good,’ the employees say in the video.

The four staff members were fired immediately after the video was released, the owner of Lil’ Blessings said earlier in October.

According to Crook, three sets of parents who sent their children to Lil’ Blessings decided to press charges.

All five suspects were detained at Monroe County Jail, the Sheriff’s Department stated.

Their cases will next be presented to a Grand Jury, which will determine if the state has collected enough evidence to indict them and begin court proceedings.

Hamilton is a small uincoporated community in northeastern Mississippi with only about 500 residents. Lil’ Blessings is the town’s only daycare facility.

‘Everybody is scared but we’re hopeful’: Oregon town tries to stay positive in the face of fires