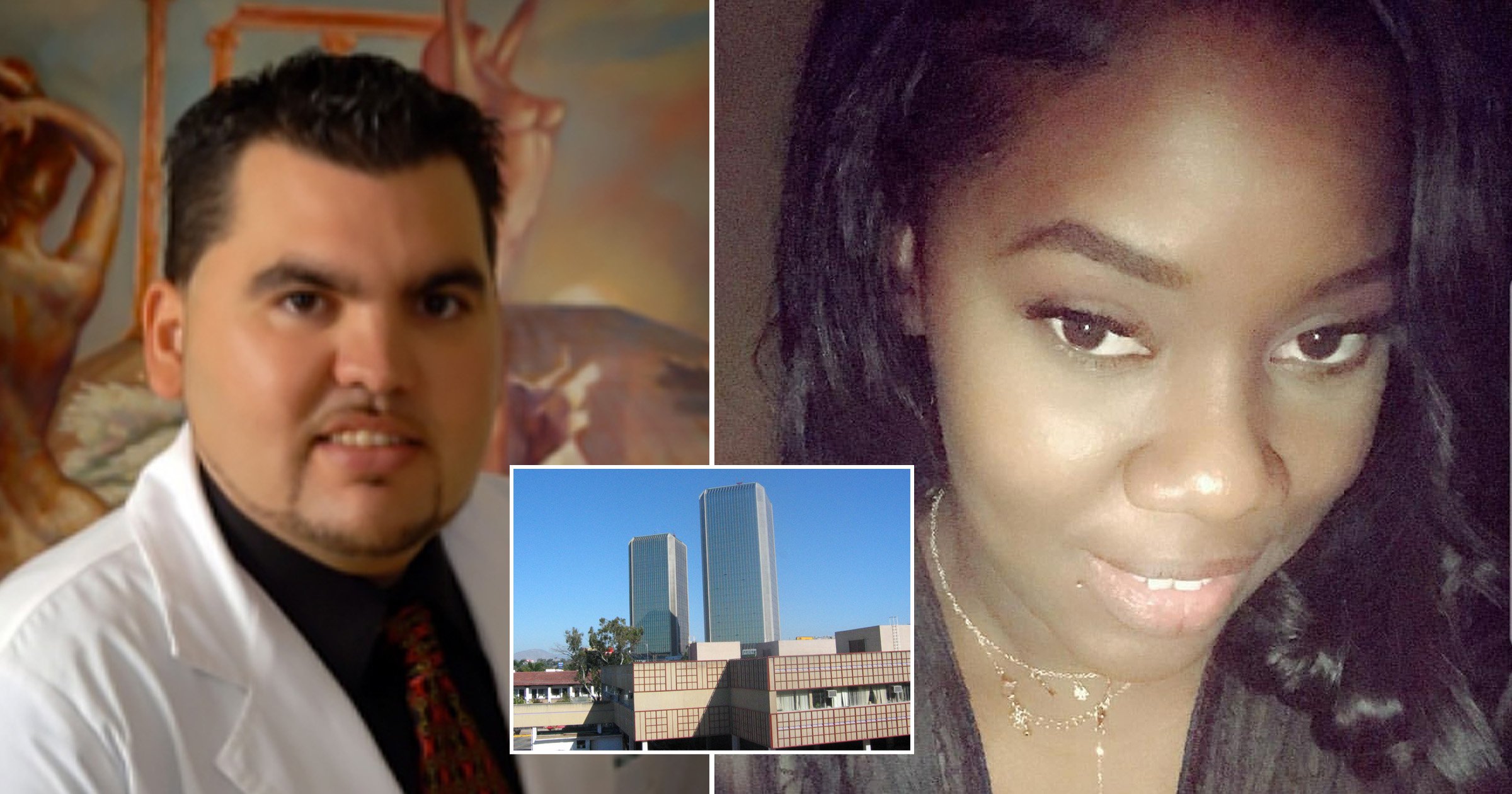 A woman died and two others needed treatment in hospital after all visiting the same plastic surgeon on the same day.

The three women, two American and one Mexican, traveled to Tijuana, in Mexico, on January 29 for liposuction and other procedures carried out by unlicensed plastic surgeon, Dr Jesus Manuel Baez Lopez.

One of his patients, 38-year-old Keuana Weaver, a mother of two from Long Beach, sadly died on the operating table when her liposuction and tummy tuck went wrong.

Her friend Kanisha Davis, a nurse, received the same procedure but survived the ordeal having suffered hemorrhaging and a hematoma, for which she spent two weeks in a hospital in requiring two weeks in hospital in Pomona, California.

The third women Baez operated on that day, named as Esmeralda Iniguez, had to be rushed across the border to a hospital in Chula Vista, California, suffering from septic shock, reports The San Diego Union Tribune.

Their surgeon, Baez, is not a member of Mexico’s professional group, Asociacion Mexicana de Cirugia Plastica, Estetica y Reconstructiva, and had a different clinic shut down in April 2015 for ‘failing to meet the minimum requirements to operate legally’.

According to state law in the Mexican state of Baja California, that only certified plastic surgeons can perform procedures like liposuction.

Baez is not a plastic surgeon, according to his website at the Arte Siluette clinic, and only qualified to perform cosmetic surgery procedures.

Speaking to The San Diego Union Tribune, one of Baez’s patients, Iniguez, said: ‘He tightened my abdominal muscles too much, squishing all my organs together and cutting off blood supply to my kidneys, causing something called Abdominal Compartment Syndrome (ACS)

‘I was so septic by the time I reached the ER in Chula Vista on February 3, I was literally hours from death. My kidneys were shutting down.’

Iniguez added that she was hospitalized again in April after her wounds became re-infected.

The three women’s decisions to go to Tijuana for medical procedures is not uncommon.

Roughly 2.4 million medical tourists crossed the US-Mexico border destined for Tijuana and the surrounding area for procedures in 2018, according to Baja California’s Secretary of Sustainable Economy and Tourism (SEST). That figure was up from the comparatively modest total of 800,000 in 2014.

It’s claimed that Keuana’s procedures cost just $6,700, at least $1,300 less than what a similar procedure would have cost in the US city of San Diego.

Her friend, Kanisha Davis, said the pair knew they were taking a risk, but thought it was a risk worth taking.

‘Did we know we were taking a risk being in Mexico? Yes’, she said.

‘But did we ever, at any time, think that risk would be death? No.’

Keuana’s mother, Renee, told The San Diego Union Tribune that the clinic offered to refund the money for her daughter’s procedure.

She is demanding answers to find out why her daughter died, but has been warned she may find it difficult to get to the truth.

Dr Gilberto Montfort, a plastic surgeon in Baja California and member of Mexico’s professional association, said: ‘If a relative wants to know more about what went wrong, then they have to file a criminal complaint against the doctor.’

He added that medical malpractice lawsuits are rare, as are investigations into doctors who practice without the proper credentials.

‘There are organizations that are supposed to (provide oversight) but they do not really do it. They don’t really do their jobs’, he added.

Keuana’s cause of death was found to be ‘secondary hypoxic encephalopathy,’ which refers to damage to the central nervous system by inadequate oxygen and blood supply.

The findings were certified by David Ignacio Gutiérrez Inzunza, the director of COEPRIS – which is a division of the Mexican health service that is usually responsible for investigating medical malpractice.

Authorities in Baja California have confirmed that officials are looking into the three cases from January 29.

‘We’re working very hard to make sure that doctors who are practicing without the proper credentials are immediately shut down and are investigated by the Attorney General,’ said Atzimba Villegas, the state director of medical tourism.

‘It’s essential for the entire industry that patients feel safe and are well cared for and get the results they are looking for.’

Metro.co.uk has contacted Dr Baez for a statement.

‘I’m missing a piece of me not knowing’: Mother of missing Chilliwack man makes emotional plea to find son