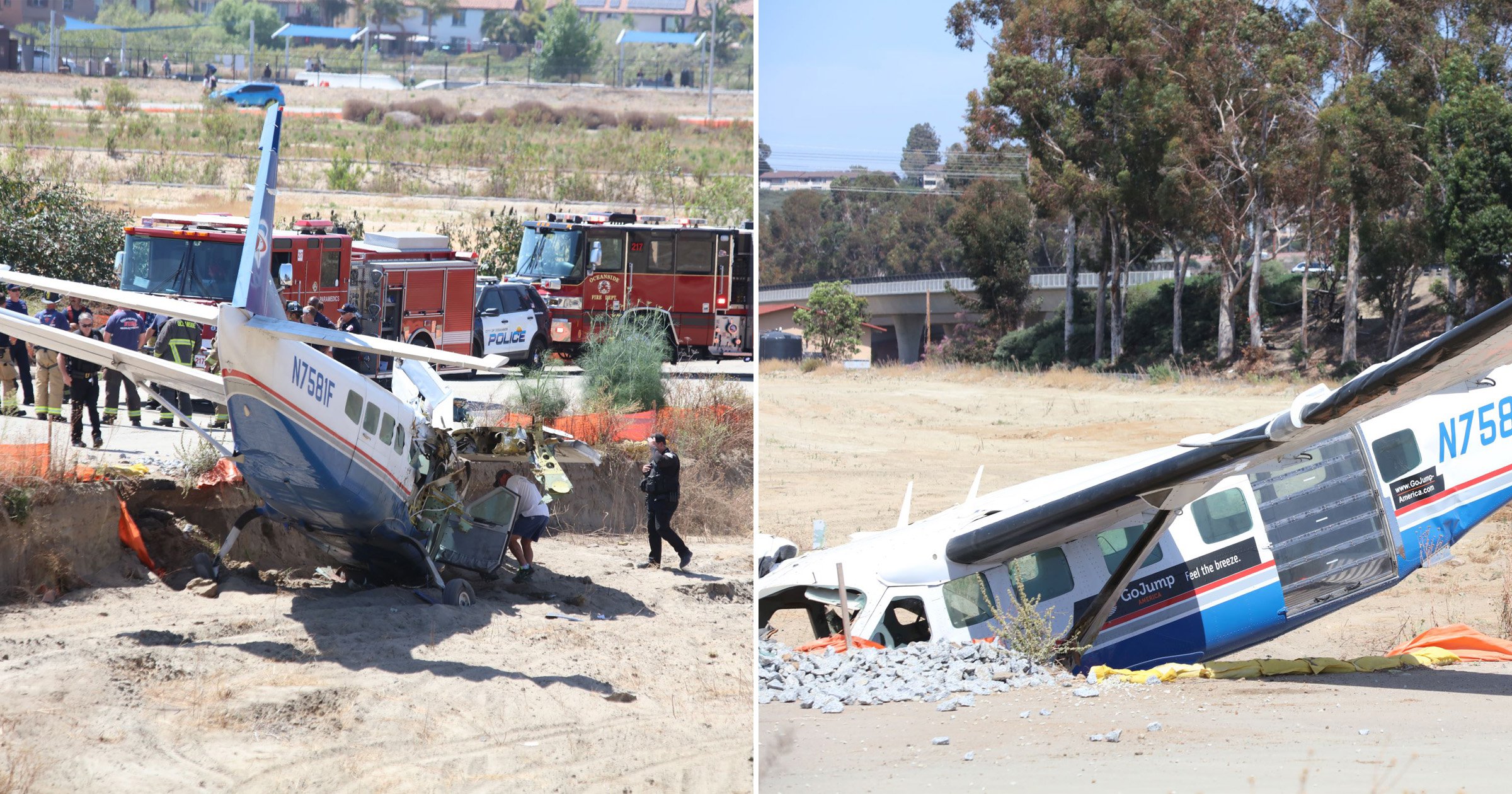 A woman has died and a man has been seriously injured following a skydiving plane crash.

The single-engine Cessna Caravan crashed at about 1.50pm yesterday close to Oceanside airport, in San Diego.

The plane, which was being used by the skydiving company GoJump Oceanside, is understood to have been approaching the airport for landing when it crashed.

The man and woman were the only people on board the plane at the time of the incident.

Both had to be freed from the wreckage by firefighters who used hydraulic equipment to cut them free, Oceanside Fire Department Battalion chief Justin Klopfenstein said in a news release.

They were rushed to hospital but the woman was later pronounced dead.

The identities of the victims have not been released by authorities.

In a statement, the Federal Aviation Administration told ABC 10News: ‘A single-engine Cessna 208B crashed while the pilot was trying to land at Oceanside Municipal Airport in Oceanside, California around 2 p.m. local time today.

‘Two people were on board. The FAA and National Transportation Safety Board will investigate.

‘The NTSB will be in charge of the investigation and will provide additional updates.’

According to flight-tracking data the aircraft was on its seventh trip of the day when it crashed.

Yesterday’s crash is the second time a skydiving plane has crashed while attempting to land at Oceanside airport in just over three months.

In February, two people were injured when a Cessna 208B crashed in the same area.