Home » Americas » One Night on the Fire Lines at Lake Tahoe

Well after dark, our reporter and photographer followed the Caldor fire as it engulfed pine trees with a crackling sound that crescendoed into a roar.

A firefighter hiked to extinguish a hotspot in Meyers, Calif., on Tuesday night. The Caldor fire has burned nearly 200,000 acres of land since it began last month.Credit…

SOUTH LAKE TAHOE, Calif. — The day feels toxic. All those tiny pieces of ash combining to shroud Lake Tahoe, a gray miasma that warns of the megafire just eight miles from the shore.

But the night. The night feels treacherous. Well after dark the Caldor fire engulfs pine trees with a crackling sound that crescendos into a roar. The flames don’t burn boughs laden with needles so much as they make them disappear with a blinding flash.

On Tuesday and into the early hours of Wednesday fire trucks and their bleary-eyed crews careened around hairpin turns, their headlights slicing through the murky gray smoke like the beam of a lighthouse on a foggy morning. 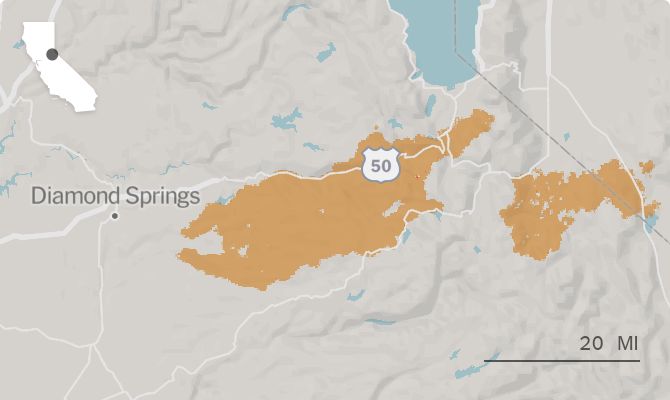 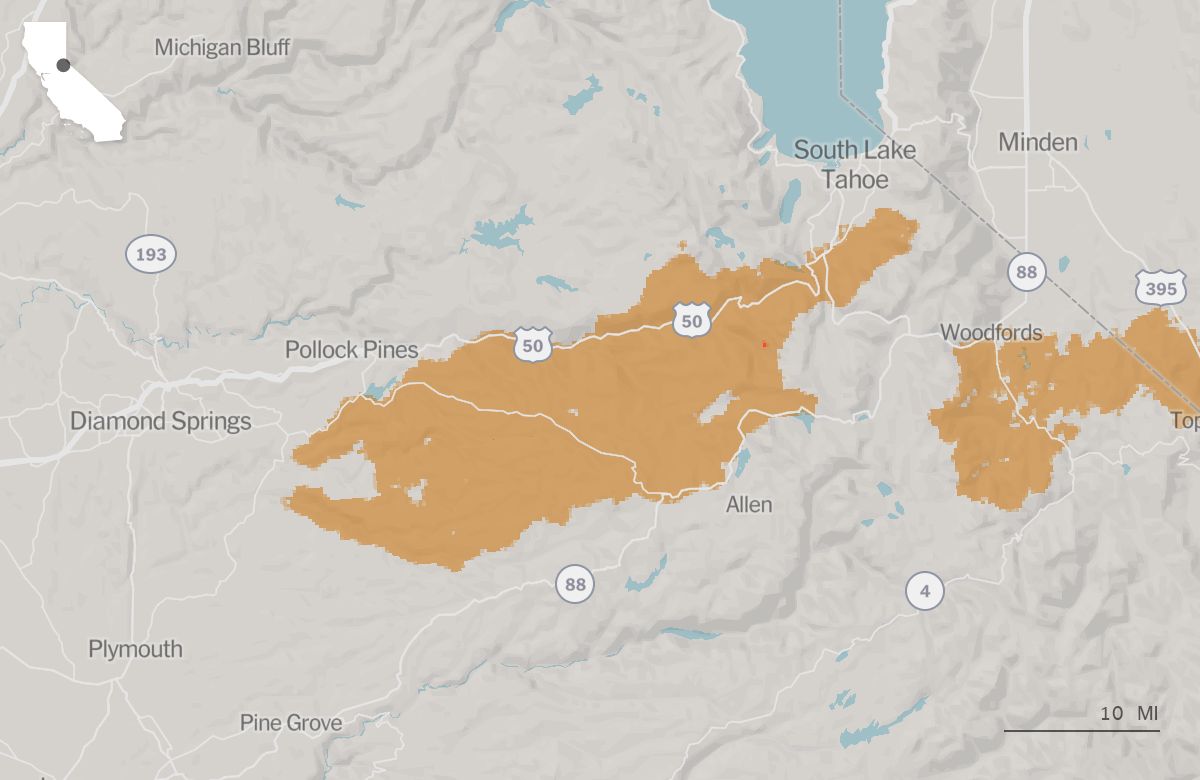 To traverse the front tendrils of the Caldor fire in the dead of night was to wonder what flames might shoot up onto the road, what bush might suddenly ignite, what carbonized towering evergreen might smash to the ground.

“Sometimes you hear trees falling every five minutes,” said Jason Allen, a firefighter who was hacking at a patch of ash-covered soil to reveal marble-size embers that a colleague extinguished with a hose.

Working by the light of his truck, Mr. Allen was in a wooded residential neighborhood a 10-minute drive from the shores of Lake Tahoe. This was the forward edge of the Caldor fire, although there were so many small spot fires that the landscape resembled more a series of large camp fires than a singular front. 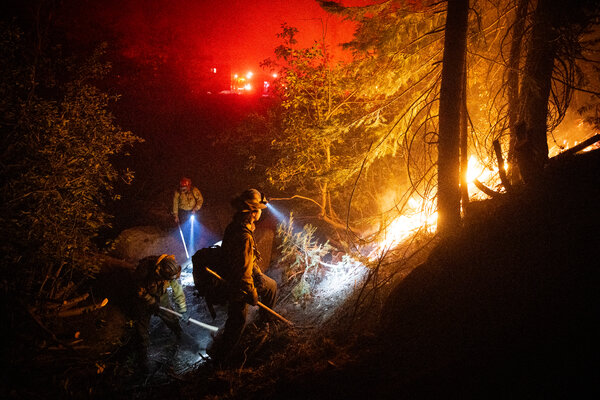 On Monday embers had leapt down the steep slopes of the Tahoe basin, igniting the spot fires that now needed to be laboriously extinguished to prevent the fire from advancing toward the lake.