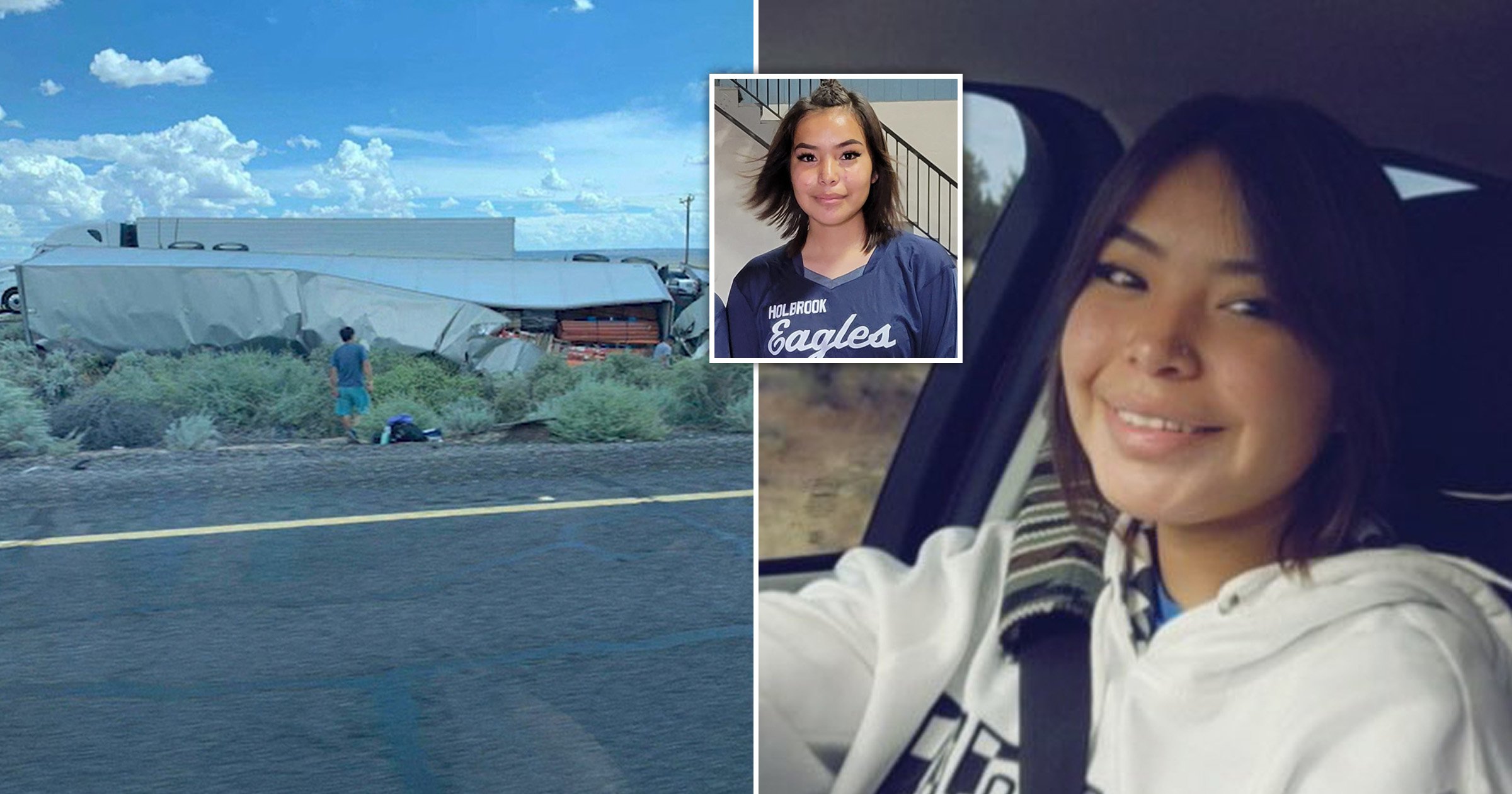 One student died and six others were injured after a tractor-trailer collided with a school bus taking students on a field trip.

Kiarra Gordon, of Wide Ruins, Arizona, was identified by her family as the student who died in the tragic accident on Sunday morning.

‘She had a beautiful soul. She’s from Wide Ruins, a small community on the Navajo Nation,’ Gordon’s aunt Falonna Ashley told Fox 10 Phoenix. ‘She was focused on education and was thinking about what to do after high school.’

The accident happened around 9.30am after traffic grinded close to a halt on Interstate-40 in eastern Arizona after an earlier accident.

As traffic slowed down, a tractor-trailer truck rear-ended the school bus, pushing the vehicle into a van.

The bus was carrying 19 other students. Six students were seriously injured in the crash, but no other details have been released about them so far.

The accident took place near Sanders, about 55 miles east of Holbrook where the students attended the Holbrook Indian School.

The students were on a field trip to Window Rock, said the school’s vice principal Ulysses Campos. Window Rock is the capitol of the Navajo Nation, the largest land territory held by Native Americans in the US.

‘Our concerns now are for our parents and families as we uphold and grieve with them,’ stated Campos. ‘We ask that you would be patient and respectful as we work through this as a school community, and we solicit your prayers on behalf of everyone impacted by this tragedy.’

Navajo County offered condolences to those impacted by the accident.

‘The true beauty of rural Navajo County is our tight-knit communities, and each loss is a ripple felt by all,’ the county stated. ‘We also join our friends and neighbors as we work together to support those in need at this crucial time.’

Investigation into vote meddling by Russians is 'near completion'