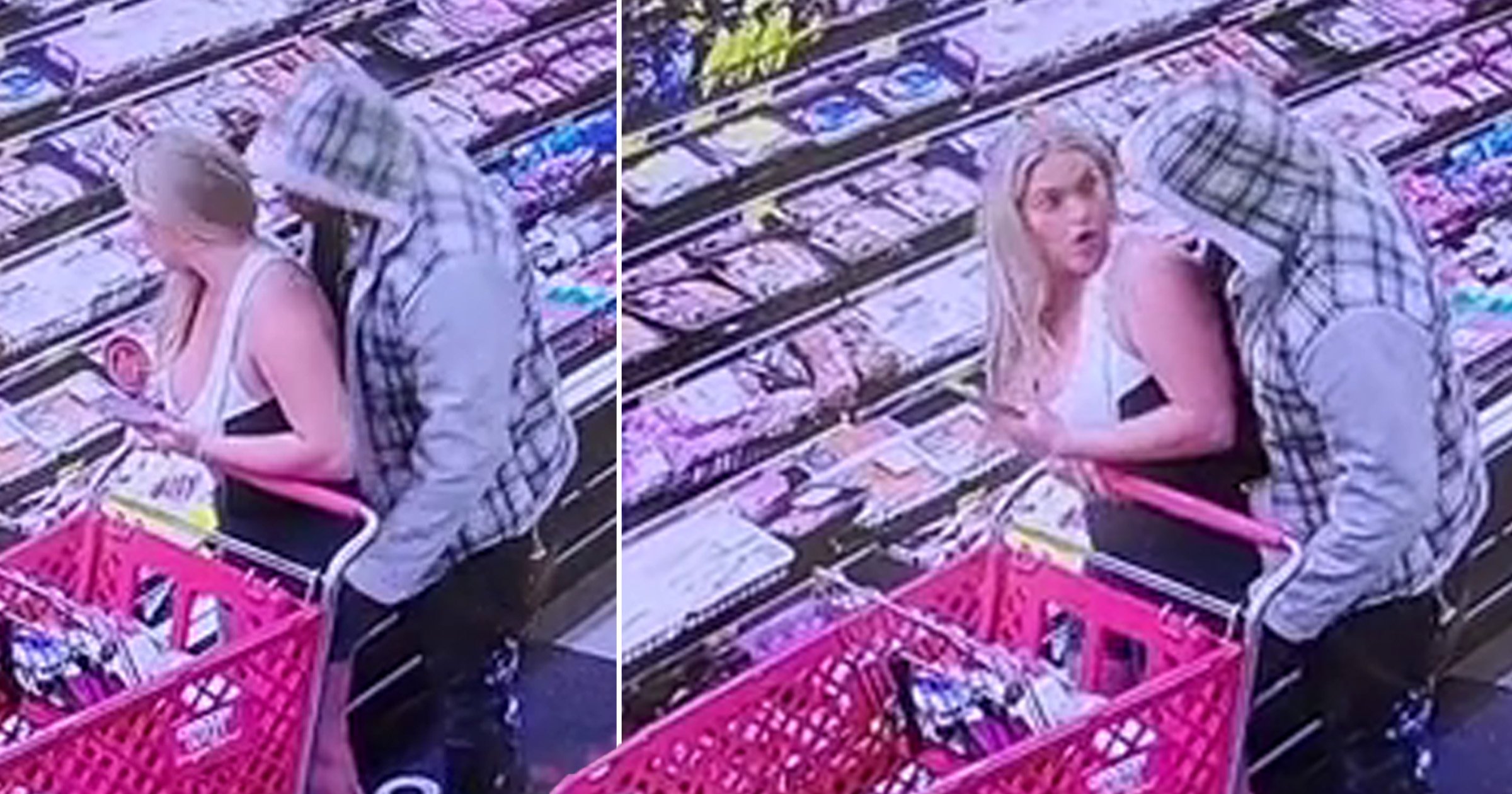 An OnlyFans model shared surveillance footage of a stranger approaching her and groping her in a California grocery store.

Daisy Delacroix, who uses the handle @daisydelacroix1, posted the footage to her TikTok account on Wednesday.

In the video, Delacroix can be seen pushing a shopping cart and browsing items in a refrigerator. A stranger wearing a hoodie then approaches her from behind.

‘This man walks up from behind and touches my butt and whispers in my ear “what’s up baby,”‘ she says in the video. ‘I was in complete shock.’

‘I can’t stress this enough to please be aware of your surroundings,’ she warned her followers.

The video received over 2.6million views as of Friday afternoon.

It is unclear if Delacroix filed a police report after the incident.

Many commenters chimed in to share their own experiences of public harassment on the video, which has almost 7,500 comments and over 213,000 likes.

‘The fact that every woman watching this instantly got on edge before it happened says everything,’ said one viewer.

‘You did nothing wrong and did not deserve this. An outfit IS NOT AN INVITATION,’ another added.

But another viewer said: ‘Well what are you wearing.’

Delacroix was able to get a copy of the surveillance footage from the grocery store’s manager.

How to safely intervene when you see public sexual harassment, from the British Transport Police

‘The manager gave it to me, they were watching the cameras and came literally right after this happened,’ she said in the comments. ‘A lot of grocery stores always have someone Watching them in San Francisco because people are always stealing.’

Earlier this summer, Metro.co.uk shared tips on how to report sexual harassment when seen in public and best support victims.

Nearly 200 women shared their experiences of public sexual harassment, and 81% said that nobody intervened even when people witnessed what was happening.

The British Transport Police have also started a ‘Speak up, interrupt’ campaign, calling on witnesses to sexual harassment to take ‘simple, non-confrontational steps’ to protect victims in public.

Trump backtracks on suggestion US troops could fire on migrants