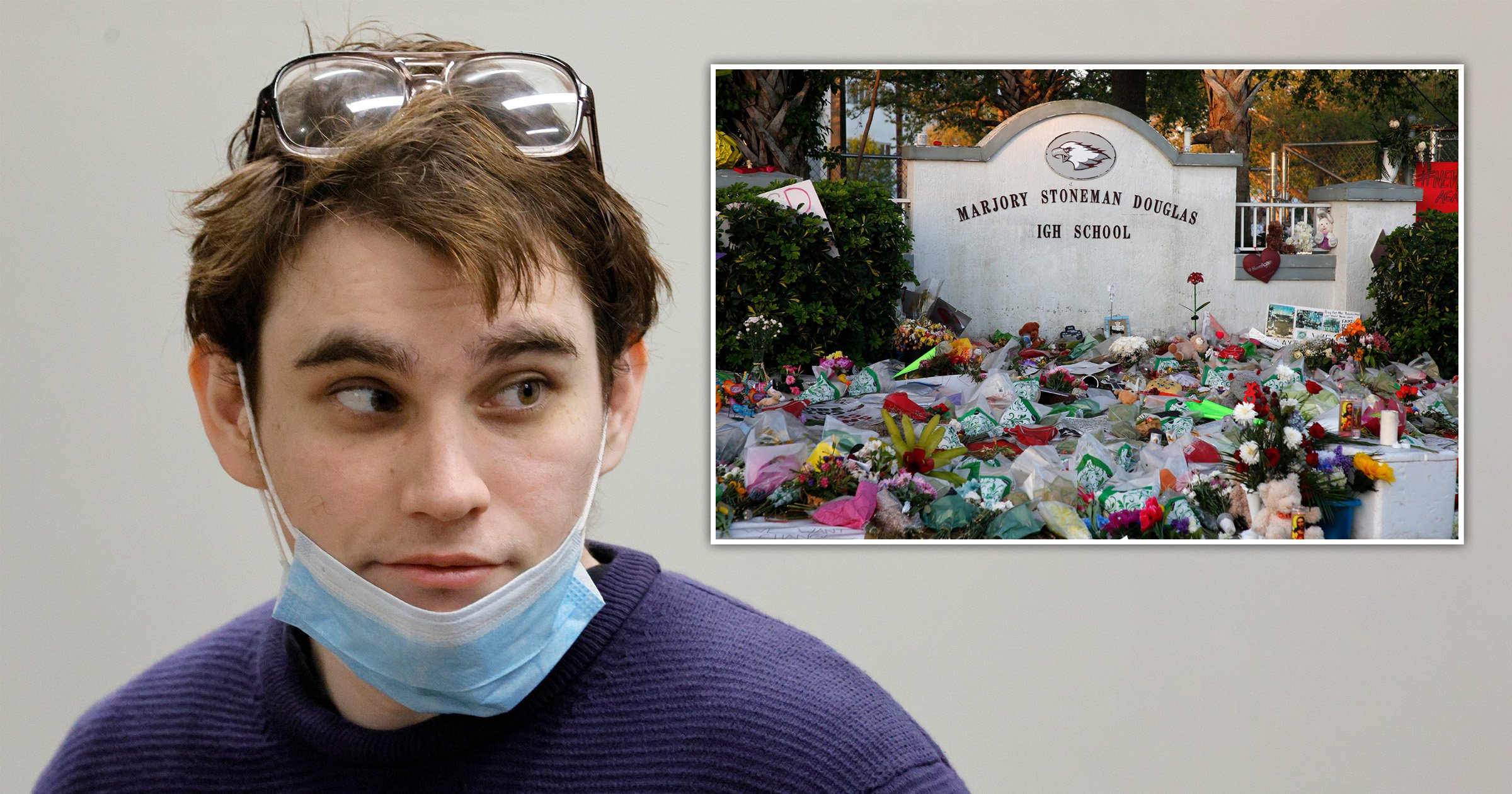 The school shooter who killed 17 people at Marjory Stoneman Douglas High School in February 2018 said he planned the massacre for Valentine’s Day because he thought nobody loved him and he wanted to ‘ruin’ the holiday.

Florida Prosecutors concluded their case against Nikolas Cruz by playing videos from an interview he gave to a psychologist shortly after the mass shooting.

Robert Denney, a neuropsychologist testifying for the prosecution, interviewed Cruz over the course of three days in March 2021.

Denney interviews the shooter while Cruz wears a white straightjacket binding his arms in front of him. In the video, Denney asks Cruz if there was any important question he hasn’t asked him.

‘Because I thought no one would love me,’ Cruz said, answering his own question. ‘and I didn’t like Valentine’s Day and I wanted to ruin it for everyone.’

‘Do you mean for the family members of the kids that were killed?’ Denney asked.

In another clip played for the court, Cruz described how he liked to torture animals as a child.

‘I burned, I tortured them, I skinned them alive, I shot them,’ he said. ‘I would usually play with their dead bodies or I would eat them.’ He said he did most of this before he was 15.

The defense has argued that Cruz suffered from fetal alcohol spectrum disorder (FASD), which causes brain dysfunction that can sometimes lead to violent outbursts. Cruz’s birth mother drank heavily while she was pregnant with him, they allege.

Denney testified that he thought Cruz did poorly on psychological tests with a psychologist for the defense in an attempt to mimic the brain dysfunction of a person with FASD. He said that FASD does not explain many of Cruz’s erratic behaviors, including the fascination with swastikas, racism towards black people, and hatred of women.

Cruz’s planning and thinking derives from a feeling that ‘because I hurt and I feel bad about myself, I want everyone to hurt. And I want them to always hurt,’ Denney said.

By cross-examining Denney, the defense was able to introduce a piece of evidence they were previously barred from discussing.

In his interview, Cruz told Denney that his neighbor raped sexually molested him when he was 9. Cruz also told this to his lawyers, and another psychologist.

Judge Elizabeth Scherer initially prevented the defense from presenting this evidence to the jury, as they could produce no corroborating witnesses to testify on Cruz’s behalf.

Cruz’s adoptive mother died months before the shooting. The only two other witnesses who could speak to this event – his birth mother and the neighbor himself – no longer live in the United States.

Cruz pleaded guilty over a year ago. His trial is to determine whether or not he will face the death penalty for the massacre.

The 13-person jury must come to a unanimous decision for Cruz to face the death penalty. If one person objects, he will face life in prison without the possibility for parole.

Trump insists there is more to Mexico migrant deal, waves document as proof