March for Our Lives, a group led by student survivors of the shooting massacre at Marjory Stoneman Douglas High School in Parkland, Fla., unveiled an ambitious gun-control program on Wednesday that would ban assault-style weapons, raise the minimum age for buying firearms, create a national gun registry and require gun owners to pay for new licenses each year.

The plan would go well beyond gun-control measures like “red flag” laws and expanded background checks, which have been discussed in response to recent mass shootings in Dayton, Ohio, and El Paso that killed a total of 31 people.

Most, if not all, of the proposals in the Parkland group’s “Peace Plan for a Safer America” would face opposition from the gun lobby and its supporters in the federal government, who would be likely to argue that the measures would impinge on Second Amendment rights.

“We know this seems ambitious, given Washington’s apathy to decades of bloodshed in our schools, neighborhoods, and even our houses of worship,” David Hogg, 19, a Parkland survivor and a founder of March for Our Lives, wrote on Twitter Wednesday morning. “It’s okay to disagree with us — but we know video games aren’t to blame.”

The plan’s major proposals include:

A national licensing and gun registry.

A ban on assault-style weapons and high-capacity magazines.

A mandatory gun buyback program for assault-style weapons, and a voluntary buyback for other firearms.

A limit of one firearm purchase a month per person.

A new multiple-step gun licensing system, overseen by Washington, that would include in-person interviews and a 10-day wait before gun purchases are approved. Licenses would need to be renewed annually.

A Peace Corps-style program that would pay for young people to work on gun violence prevention for a year in communities and nonprofit groups around the country.

After the shootings earlier this month in El Paso and Dayton, President Trump vowed to pursue “background checks like we’ve never had before.”

But on Sunday, after discussions in Bedminster, N.J., with gun rights advocates — including Wayne LaPierre, chief executive of the National Rifle Association — Mr. Trump appeared to walk that promise back, saying that “people don’t realize we have very strong background checks right now” and that this is “a very, very big mental health problem.”

Mr. Trump spoke again with Mr. LaPierre on Tuesday, and the president echoed the gun rights group’s talking points from the Oval Office, saying that Democrats wanted to take radical steps in violation of the Second Amendment.

[Read “N.R.A. Gets Results on Gun Laws in One Phone Call With the President” here.]

Despite political opposition, surveys show that Americans are coalescing in their support for some type of legislative action.

Though the vast majority of voters support universal background checks, N.R.A. officials say they would be as a first step toward large-scale gun licensing that would warp the Second Amendment into “a European-style privilege reserved for wealthy elite who can afford to comply with burdensome, bureaucratic procedures to acquire a firearm.”

And though polls find that a majority of Americans support a new ban on assault-style weapons, Mr. Trump, speaking in Dayton two weeks ago, said that “there is no political appetite” for such a ban.

The activists behind the Parkland group’s plan are aiming to influence the political debate around the 2020 presidential election, and are asking each candidate to endorse their platform. 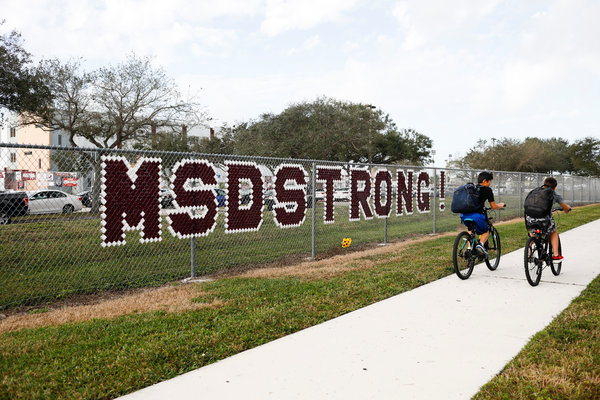 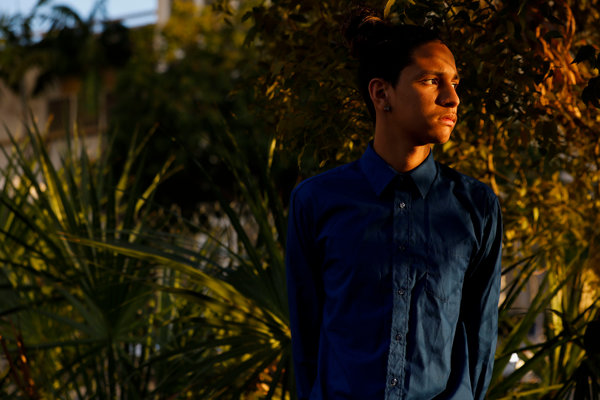 Adeel Hassan is a reporter and editor on the National Desk. He is a founding member of Race/Related, and much of his work focuses on identity and discrimination. He started the Morning Briefing for NYT Now and was its inaugural writer. He also served as an editor on the International Desk. Adeel graduated from Johns Hopkins and Columbia. @adeelnyt

US must do more to protect minorities and human rights: UN expert