By midnight on Saturday, about 80 guests had crowded into a sex club in Queens to drink and party. At around the same time, another group that grew to about 120 revelers was just starting to gather and dance at an illegal club in Manhattan.

City sheriffs broke up both parties early on Sunday — the latest crackdown as officials try to rein in behavior that could fuel the second wave of the coronavirus. Seven people and one business face a range of charges in connection with the parties, including a failure to protect health and safety in violation of the city’s health code, the authorities said.

The sites of the two gatherings lacked liquor licenses and other certifications, according to the sheriff’s office, and images from the events showed many attendees were failing to wear masks or practice social distancing.

The busts underscored the continued challenges of persuading New Yorkers to follow safety guidelines even as a second wave of the virus hits, particularly as the winter months approach and parties move indoors. Over the past four weeks, the sheriff’s office has shut down several large parties and events, ranging from a gathering of close to 170 people at an illicit club in Brooklyn to a Halloween celebration in the Bronx with more than 550 attendees. Sheriff Joseph Fucito said at the start of the month that his office had responded to about one large event every evening since August.

Earlier this month, Gov. Andrew M. Cuomo announced that private indoor and outdoor gatherings across the state would be limited to 10 people. But enforcing those rules is likely to be even more difficult as the weather turns colder and as people celebrate the holidays. 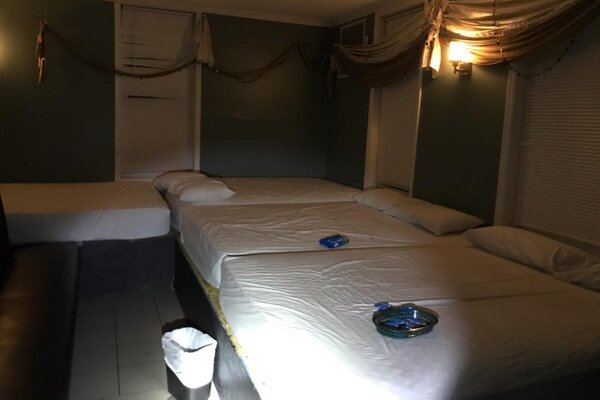 The recent rash of parties comes as positivity rates kick upward: On Sunday, Mayor Bill de Blasio said the citywide seven-day average positivity rate was 3.09 percent, while the statewide rate was 2.74 percent, according to Mr. Cuomo.

The mayor ordered the closing of all public schools last week after the city’s positivity rate reached the 3 percent mark. Mr. Cuomo also warned that larger restrictions on indoor dining, mass gatherings and houses of worship might soon follow if metrics continued to worsen. On Sunday, the governor said that some areas of Staten Island were on pace to enter the state’s most stringent level of lockdown as soon as this week, calling the borough a “serious problem.”

The sex club party in Queens was broken up after officials received a complaint that a club in the Ditmars Steinway area was playing loud music late into the night, Sheriff Fucito said on Sunday.

Deputies arrived at around 12:05 a.m. on Sunday and found more than 80 people gathering inside the building at 40-19 20th Ave., many of whom did not wear masks and were not social distancing, Mr. Fucito said. Upon entering one small room, he said, authorities also discovered three couples who were having sex.

The party was hosted by Caligula New York, a swingers club that has posted announcements for similar late-night events on social media over the past few months. The organization and its manager, Roy Bacoy of Woodside, Queens, face fines and charges, the sheriff’s office said, and one patron was also charged with disorderly conduct.

Mr. Bacoy could not immediately be reached for comment on Sunday.

About 30 minutes earlier, around 11:30 p.m. on Saturday, authorities had begun observing a building at 260 W. 36th St. in Midtown Manhattan. They watched about 75 people enter through a service entrance as security guards directed attendees indoors and attempted to keep crowds outside small to avoid attracting attention, the sheriff’s office said.

About two and a half hours later, deputies went up to the building’s third floor and found more than 120 guests who were buying and drinking alcohol, smoking hookah and dancing, the sheriff’s office said.

Five people — the organizer, a bartender, a DJ and two security guards — face fines and charges including the unauthorized warehousing of alcohol, according to the sheriff’s office.

The party’s organizer, Chatiris Ioannis of Manhattan, could not immediately be reached for comment on Sunday.

Some recent large gatherings in the city have spurred outbreaks of the virus. In late October, Long Island health officials rushed to curb an outbreak in Suffolk County when dozens of people tested positive after attending a Sweet 16 party in September.

Why half of America panics when this woman falls ill