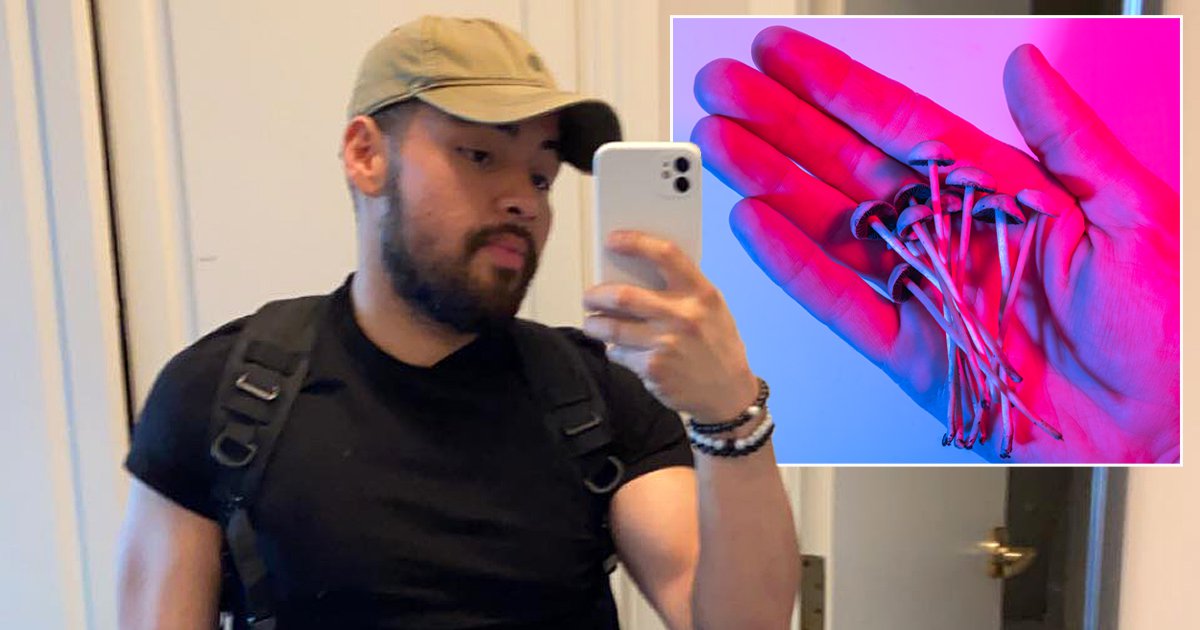 Having reportedly grabbed another passenger’s arm, he began ‘running up and down the aisle, clapping loudly near the cockpit and yelling obscenities’.

According to court documents filed in Virginia on Wednesday, Sevilla snapped off a part of the aeroplane toilet door while a rider was inside, the affidavit stated.

Cabin crew tried to bring Sevilla back to his seat but his ‘screams and outburst grew louder’ and a father and daughter had to be moved away from him.

Lying on the floor, he grabbed a flight attendant’s breast as they ‘calmly’ asked him to get back into his seat.

He was handcuffed for the rest of the two-hour flight before federal agents detained Sevilla when he arrived at Washington Dulles airport.

When questioned by the FBI, Sevilla said he had taken magic mushrooms that contain the hallucinogenic chemical psilocybin.

During a mushroom trip, which can last more than six hours, users have described experiencing euphoric and sometimes distressing hallucinations.

The affidavit said: ‘Sevilla said that he was not totally surprised that he acted this way after consuming it. Sevilla stated that he was sorry for his actions.’

Sevilla said it had not been the first time he had taken the drug and remembered ‘being out of his seat, being loud and touching people’.

Sevilla was charged with assault and with interfering with flight crew members and attendants and will appear in court next week.

His attorney, Shannon Quill of the eastern district of Virginia’s Office of the Federal Public Defender, did not respond to USA Today’s comment request.