At Morgan Stanley Children’s Hospital in New York City, the 58 tiny beds for sick newborns are almost always filled. But nurses who work there say there are often too few of them to provide all of the care the babies, and their worried families, need.

One of those neonatal intensive care nurses, Shanna Murphy, says she has not forgotten the new mother who got upset when she felt her crying infant was being ignored. Ms. Murphy, 28, said she wanted to soothe the baby, but she had her hands full with another patient whose condition had become unstable and required near-constant monitoring.

“I’m often put in a situation where I’m having to choose between patients and not able to fully support my families,” Ms. Murphy said. “We have a family-centered care model, but I cannot do that under these current conditions.”

Now, she and more than 10,000 nurses are demanding a sharp increase in their ranks at three of the city’s biggest hospital systems — Mount Sinai, NewYork-Presbyterian and Montefiore. Their union, the New York State Nurses Association, has threatened to strike over staffing levels, an issue that has become an increasing source of contention at hospitals around the country.

Last year, staffing disputes were a central topic when nurses in five states picketed and threatened to strike hospitals operated by HCA, one of the country’s largest health care providers. In Vermont last year, hundreds of nurses walked out while demanding increases in staffing.

“It’s one of those issues that you could get a fistfight started in a room full of nurses around,” said Sean Clarke, executive vice dean of the N.Y.U. Rory Meyers College of Nursing.

Nurses and their unions often cite as a model the rules California adopted 20 years ago, which require hospitals to maintain prescribed ratios of nurses to patients in each treatment unit. No other state has imposed staffing levels, though Massachusetts requires intensive care units to have at least one nurse for every two patients, Mr. Clarke said.

Last fall, voters in Massachusetts overwhelmingly rejected a ballot question about placing broader limits on how many patients nurses could be assigned to care for after the hospital industry mounted an intense campaign against it. That was the first statewide vote anywhere on the issue, Mr. Clarke said.

In New York, the three hospital systems, negotiating collectively as the New York City Hospital Alliance, have refused to agree to ratios or other limits on nurses’ workloads. Executives of the hospitals prefer a more fluid approach to allocating nurses based on the needs of patients at any given time. The alliance claims that the three systems have added 2,000 nurses over the past four years.

“Our hospitals have been recognized time and again as among the highest-quality institutions in the nation, proving our approach to staffing works,” Linden Zakula, a spokesman for the alliance, said. “Rigid, inflexible staffing ratios are unnecessary and do not work, because they override the professional judgment of our nurses and crowd out other important care team members.”

Negotiators for the hospitals recently offered $50 million toward the hiring of more nurses, a move that spurred the union to postpone a strike date that had been set for Tuesday. Though negotiations have resumed, the two sides remain far apart. The union, however, has not set a new strike date.

Staffing decisions should not be reduced to a one-size-fits-all approach when it comes to something as complicated as health care, hospital industry officials said. 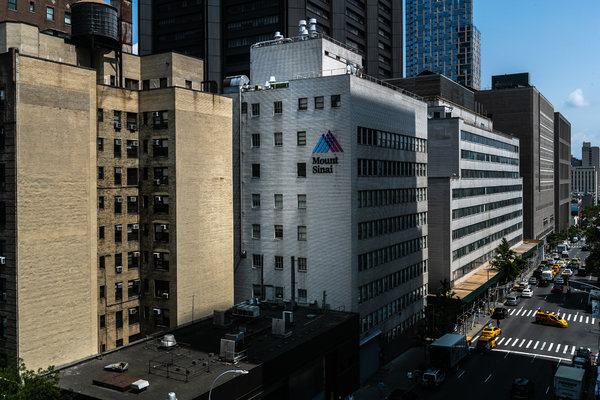 “No two hospitals are alike,” said Lorraine Ryan, a senior vice president of the Greater New York Hospital Association. “Staffing decisions need to be made by nursing professionals based on patient acuity, the experiences and competencies of the nursing team delivering direct patient care, and other demands on the care-delivery team.”

But the nurses said the alliance’s offer was far from sufficient to yield enough staff members to provide proper care in all areas of the hospitals. Karine Raymond, a nurse in the cardiac catheterization lab at a Montefiore hospital in the Bronx and a negotiator for the union, said each of the three hospital systems needs at least 300 to 400 additional nurses.

Ms. Murphy said the neonatal unit she works in, which is part of the NewYork-Presbyterian system, should have about 30 nurses on duty — one for every newborn whose condition is unstable and one for every two who are “getting ready to go home” — but often has only about 25.

Anthony Ciampi, a cardiac telemetry nurse at NewYork-Presbyterian and a vice president of the union, said nurses sometimes have to care for as many as 15 patients at a time. “That’s not fair and it makes no sense,” he said.

Patients notice how short-staffed the hospitals are “when they hit the call bell and nobody comes,” Mr. Ciampi said.

The union has been campaigning for years for what it calls “safe staffing.” It cites a study published in the Journal of the American Medical Association in 2002 that found that the likelihood of a patient dying in a hospital rose by 7 percent when the average number of patients assigned to each nurse there increased by one.

Still, Mr. Clarke, who was a co-author of that study, said it remained a matter of debate whether the benefits of minimum staffing levels, unit by unit, are worth the costs to hospitals.

In California, hospitals are allowed to assign nurses as many as four patients in emergency rooms and some units where patients’ illnesses are not so acute, but as few as one or two in operating rooms and intensive care units.

The 2018 ballot question in Massachusetts would have set similar ratios. It was supported by many Democratic officials, including Senators Elizabeth Warren and Bernie Sanders. But it was opposed by the Massachusetts Health and Hospital Association, which was armed with an independent study that concluded the changes would add as much as $949 million to health care costs in the state.

The New York State Nurses Association points to the rising income of hospitals in California as proof that the ratios did not bring about the financial doom that some opponents had forecast. No California hospitals went bankrupt or closed because of the mandate, the association said. Higher levels of staffing also reduced nurses’ injuries and burnout, cutting down turnover and the costs associated with replacing experienced nurses, the union added.

Ms. Raymond said that after no progress was made on the issue at a recent negotiating session, some nurses felt they had been “hoodwinked” by the alliance. Those nurses argued that the union should have stuck to its threat to strike while continuing to try to reach a deal, she said.

Both sides said neither pay nor benefits were sticking points in the talks.

If the nurses were to walk out, the hospitals would have to bring in thousands of replacements from around the country at a cost of several million dollars. In a letter to their chief executives, City Council Speaker Corey Johnson and several other council members urged the hospitals not to let the impasse reach the point of a “reckless and needless shutdown of our hospitals.”

The letter said the staffing agencies that would provide the replacements were “ill-equipped and not competent” to provide adequate care. “More patients will die and more patients will suffer needless adverse health effects,” it concluded.

Thousands march for abortion rights in US amid increased restrictions