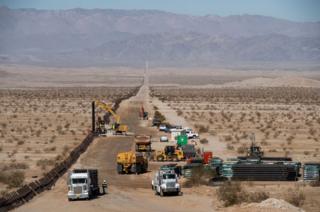 US Secretary of Defense Mark Esper has granted $3.6bn (£3bn) in Pentagon funding to be redirected to help build a US-Mexico border wall.

The money will fund 175 miles (280km) of construction and will force 127 military projects to be put on hold, he told lawmakers in a letter on Tuesday.

Building a border wall was a major campaign pledge of President Trump but it has faced significant opposition.

Tough action on immigration also forms a central part of his re-election bid.

Mr Esper’s letter did not use the term “wall” but the border barriers described are likely to be cited by Mr Trump as evidence of progress as he gears up for the vote in 2020.

Last July, the Supreme Court handed Mr Trump a victory in a related case, saying that the national emergency he issued in February allowed him the power to use $2.5bn in defense funds for wall construction while the matter proceeds in courts.

Mr Esper’s letter did not say what projects are being suspended but a Pentagon spokesman said about half the money will come from domestic projects and the rest from overseas construction, which will be tapped first. 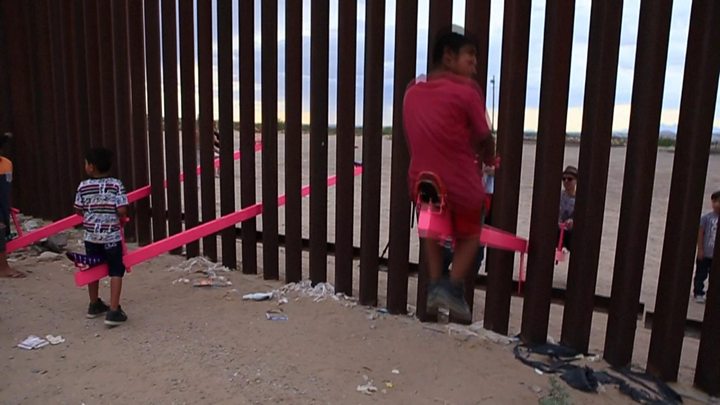 Democrats argue that by diverting funds to fund the wall, the Trump administration is attempting to circumvent Congress’ role in forming budgets for government agencies.

Democrat Senate Minority Leader Chuck Schumer said it showed Mr Trump “is willing to cannibalise already allocated military funding to boost his own ego and for a wall he promised Mexico would pay to build”.

The American Civil Liberties Union promised to seek a court order to block “the president’s abuse of emergency powers to secure funds for a wall Congress denied”.