This is the dramatic moment families are airlifted to safety after Hurricane Ian left them stranded on an island.

The US Coast Guard has spent almost a week saving Americans from the vicious storm, which has devastated communities in Florida and South Carolina.

It got so bad Sanibel Island was essentially cut off from mainland Florida after wind and rain decimated its infrastructure.

Petty officer Tyler Kilbane had to be lowered onto the island and was filmed chatting with locals before pulling them on board his helicopter in a rescue basket on Thursday.

Tyler got to Colin and his grandma first, telling them ‘you did good’ for getting the helicopter’s attention by flashing a piece of sheet metal in the sun.

Colin waited while his grandma was airlifted first, and then climbed into the crate while holding his dog. 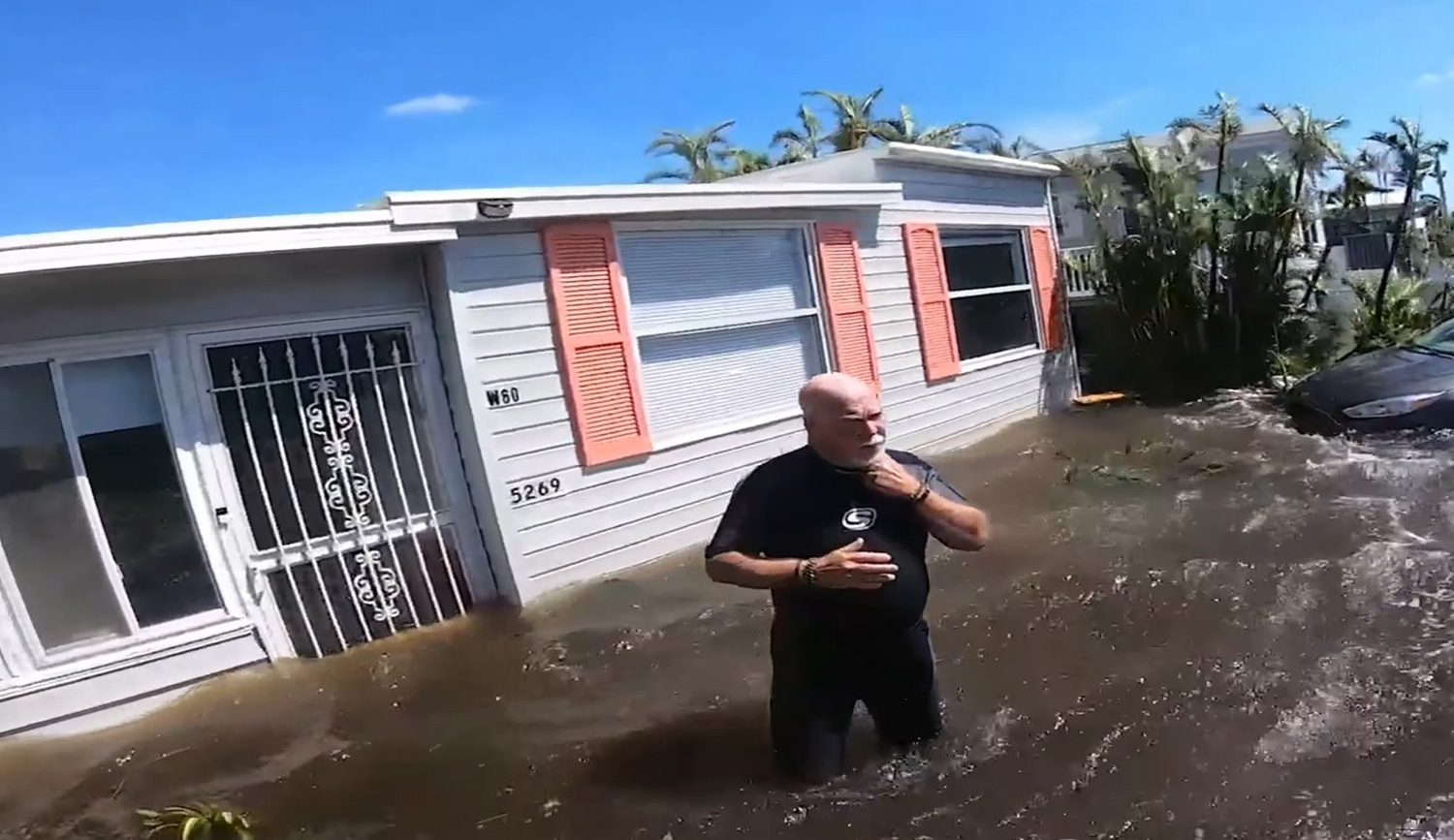 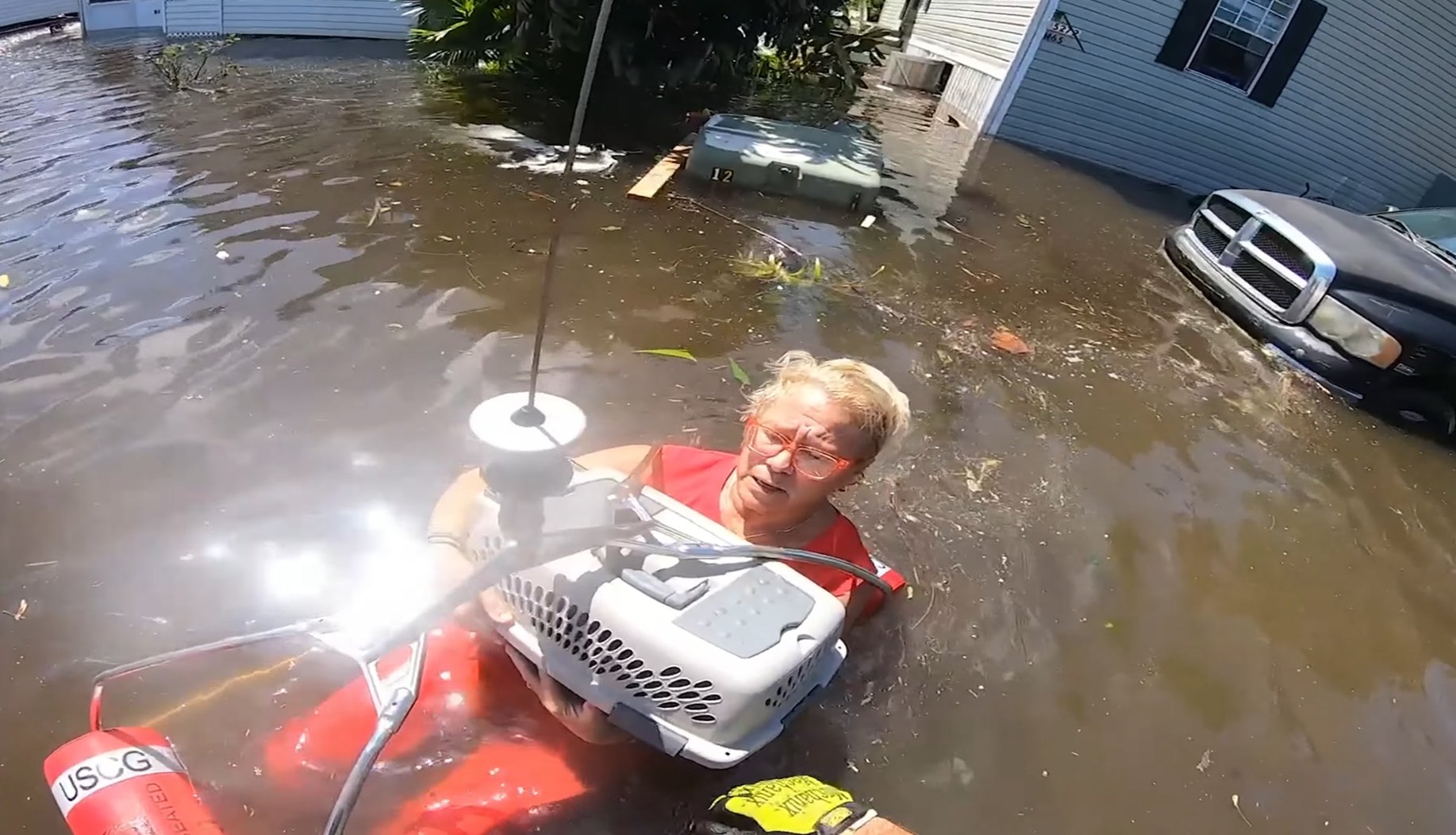 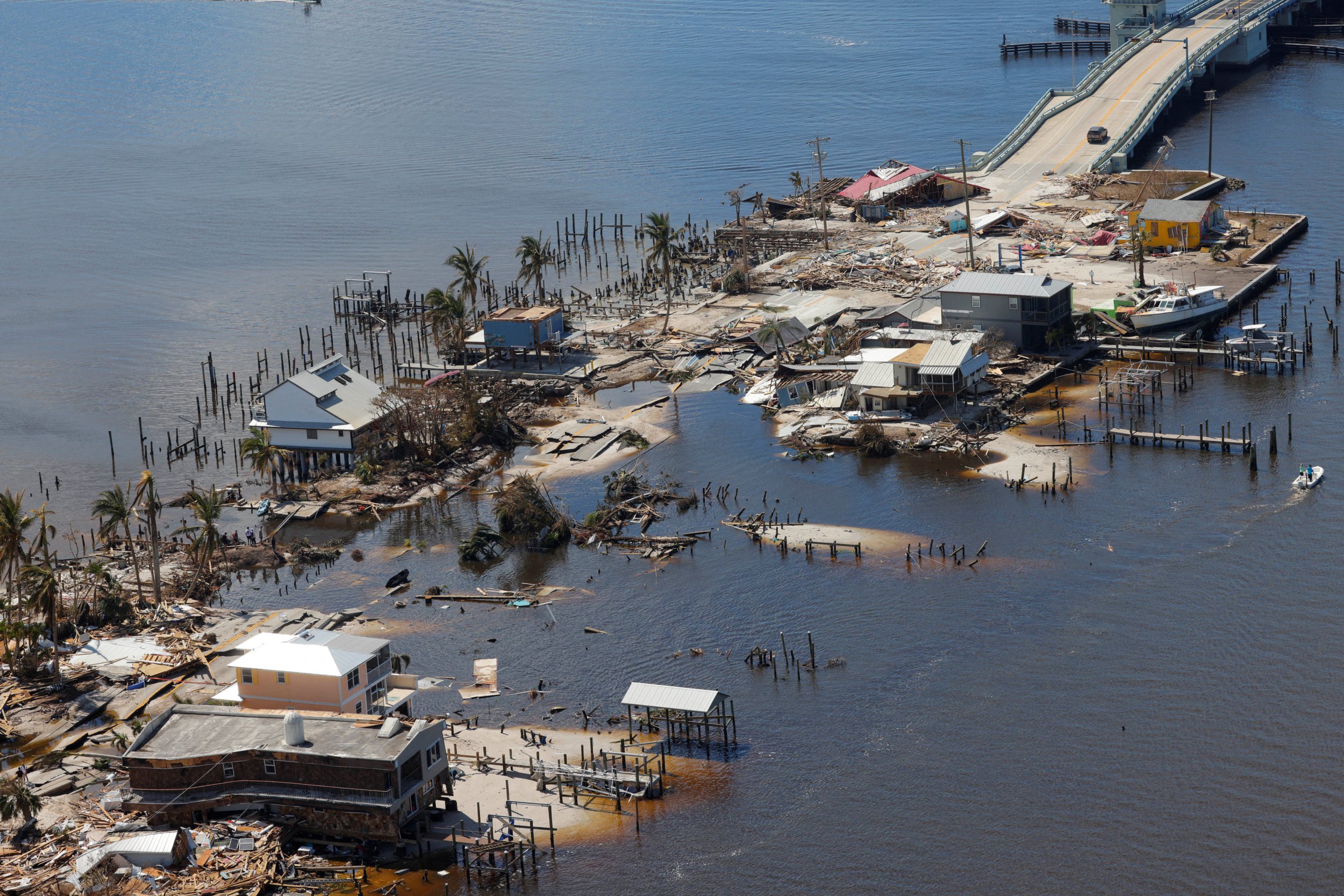 The crew got to a married couple next, who could only get out of their trailer through its window because their furniture was floating in the floodwater and had blocked their trailer doors.

The husband was ‘shaking and hypothermic’ by the time Tyler got to him because he had been in the water. His wife took their cat with them in a pet carrier.

One man wearing a ‘US Open’ cap was visibly scared as he was airlifted while clutching his bag.

Tyler reassured him ‘they’ll take care of you’ before yelling ‘hold on tight’.

Hurricane Ian made landfall in Florida last Wednesday in what may have been the deadliest in the state’s history – with the death toll reaching 87 today.

Areas were left completely unrecognisable, with homes either destroyed or washed away, power lines downed, boats wrecked and trees snapped in two.

Ian moved on to South Carolina and made landfall there on Friday afternoon.

It saw less severe winds than Florida, but they were still incredibly dangerous.

Many parts of downtown Charleston were flooded as the storm surge reached as high as seven feet along the coast.

At least four piers, including two in Myrtle Beach and one on Pawleys Island, collapsed into the ocean.

Ian weakened as it made its way inland towards North Carolina, and dissipated across southern Virginia.

But ‘treacherous’ conditions are forecast across the east coast, including New York, New Jersey and Washington DC.

Toni Preckwinkle Won a Spot in Chicago’s Mayoral Runoff. Who Is She?