Pete Buttigieg, an early candidate for the 2020 US election, is reportedly being tapped to head to Beijing as the country’s ambassador to China.

Mr Buttigieg, who saw early successes in the US presidential race during the Democratic primaries, is considered a rising star in US politics and the high profile move is seen as a way for him to bolster his foreign policy credentials.

Axios reports that Mr Buttigieg was overlooked for the role of ambassador to the United Nations (UN), with sources telling the site he could be on his way to Beijing instead. 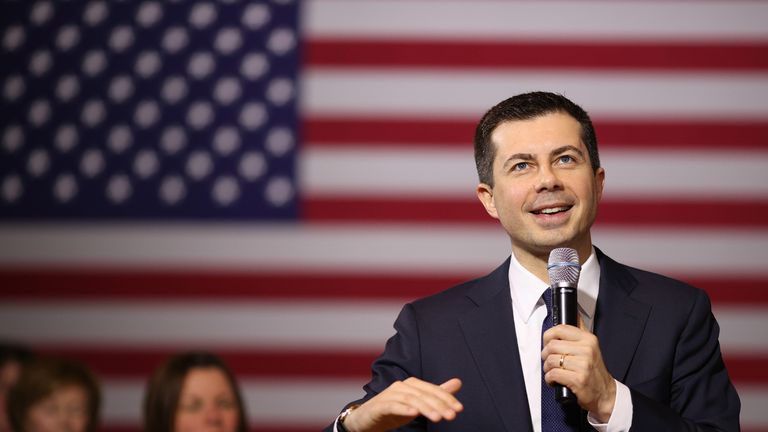 It is thought that the Biden administration sees the Afghanistan veteran as a future president, and offering him the job in Beijing gives China a chance to get to know him.

If confirmed by Mr Biden and a subsequent Senate hearing, the former South Bend mayor would be the youngest person to ever hold the position, at 39.

However, the job offer is far from confirmed and Mr Buttigieg’s name is also associated with some domestic roles, such as transport and commerce, according to Axios.

The country’s relationship with China has deteriorated over recent years, with US President Donald Trump blaming it for the COVID-19 outbreak, as well as slapping wide ranging tariffs on its goods.

Despite winning early contests during the Democratic primaries, Mr Buttigieg, who was the first openly gay person to run for president, pulled out of the race so he could support Joe Biden.

Since then, he has been one of the most vocal anti-Trump politicians in his party, setting him in favour with the president-elect.

He also helped Kamala Harris to prepare for her debate with the current vice president, Mike Pence, using his knowledge of Mr Pence’s record as the former governor of Indiana.

Previously, Joe Biden has heaped praise on the former mayor, saying: “I don’t think I’ve ever done this before, but he reminds me of my son Beau.

“I know that may not mean much to most people, but, to me, it’s the highest compliment I can give any man or woman.”

Area 51 raid morphs into rowdy festival outside secretive base

What the Mayor, the Police and the Prosecutor Had to Say After the Jussie Smollett Charges Were Dropped