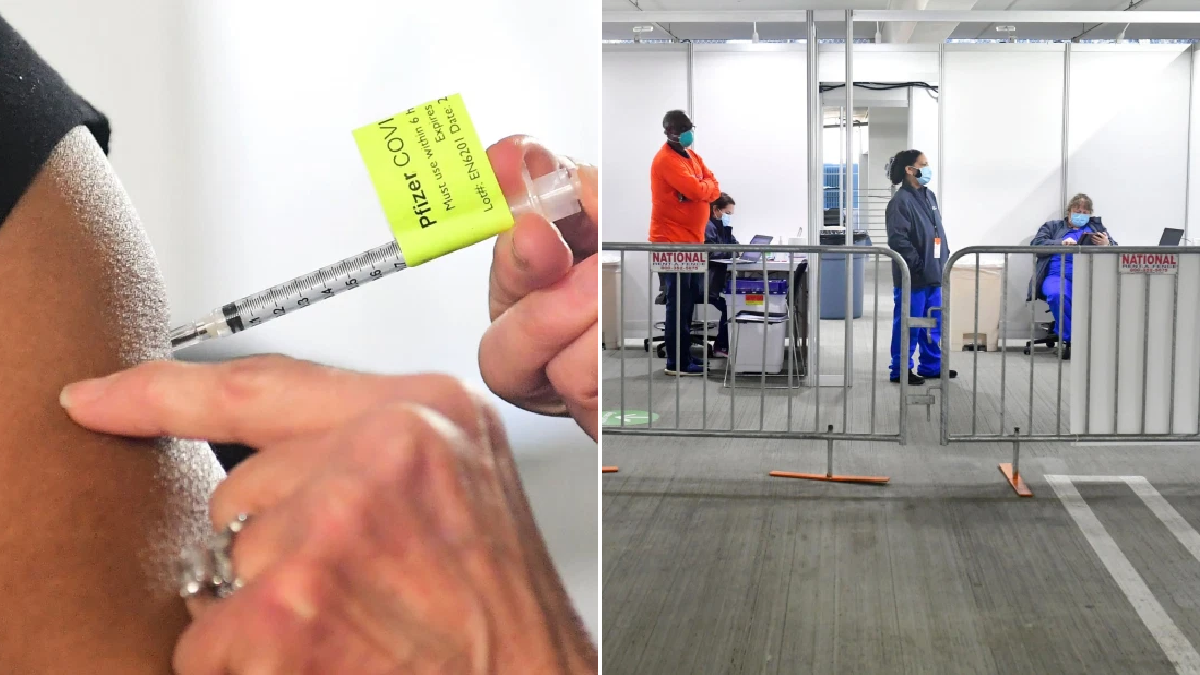 Doctors say a 78 year-old woman who died shortly after having her first dose of Pfizer’s Covid vaccine probably wasn’t killed by the injection.

The unnamed woman complained of discomfort while in an observation area after having the shot at Cal Poly Pomona mass vaccination center in Pomona, California, on Friday. She lost consciousness shortly afterwards.

Paramedics performed CPR on her, but she died shortly afterwards. An investigation into what killed her is ongoing, and health officials say there was no sign of an allergic reaction to the injection, according to the East Bay Times.

The woman’s husband of 57 years says he still intends to have his second shot of the vaccine in a few weeks.

She died five months after x-ray technician Tim Zook collapsed and died shortly after receiving his second dose of the new Pfizer jab. Zook had posted excitedly about completing his vaccination shortly before his death.

Zook’s widow Rochelle says she has faith in the vaccines, but wants to know whether her husband suffered a rare extreme reaction to the shot. He tested negative for Covid after his death, with Rochelle calling for a warning to be slapped on the vaccine if it does turn out to have been the cause of her spouse’s death.

The US has so far administered about 54million Covid vaccine doses, according to a Bloomberg tracker. Severe reactions to the shots have been extremely rare. They were tested on tens of thousands of test participants before being approved for emergency use.

Scientists insist the shots are safe, with data showing they are up to 95% effective at preventing serious Covid infections. Emerging data suggests the injections may also stop people from passing coronavirus on to others.

Vaccinations are seen as being the quickest way out of the Covid crisis. The US has recorded close to 27.7million Covid cases, and more then 485,000 deaths.