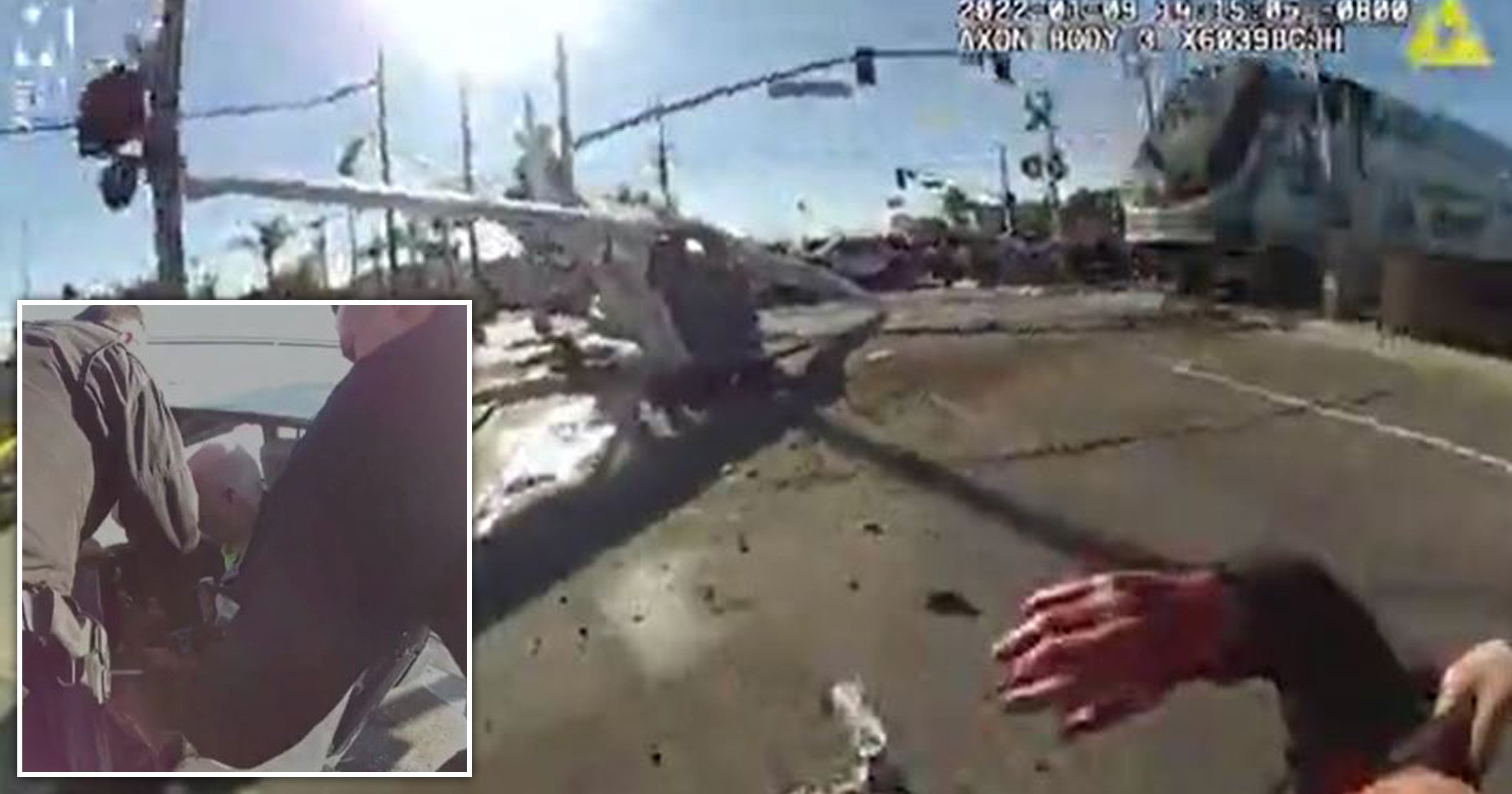 Police dragged an injured pilot from his wrecked aircraft just seconds before it was hit by a train in Los Angeles.

Dramatic bodycam footage of the moment LAPD officers saved the man from certain death was posted on the force’s Twitter account.

Several officers are seen desperately trying to free the pilot, who has a bloodied face and clothes.

The aircraft is seen straddling the tracks and shout of ‘go go go’ are heard as the group scramble away seconds before a train appears.

Debris flies everywhere as the plane is completely taken out by the oncoming train, which is travelling at a fast speed and sounding its horn.

The officers and pilot are seen just a few feet away from the tracks when the passing train destroys the plane.

It is thought the downed plane had crashed shortly after take-off in the Pacoima neighborhood, according to local media.

‘The plane had a failed takeoff and landed on the train tracks at a popular intersection,’ said Luis Jimenez, the 21-year-old music composer who filmed the video.

‘Just seconds before impact police officers saved the pilot, and a piece of debris almost hit me.’

The pilot was treated for cuts and bruises and is in a stable condition, according to local media. No one on the train was injured.

LAPD applauded its officers, saying in the tweet they had ‘displayed heroism and quick action by saving the life of a pilot who made an emergency landing on the railroad tracks.’

Coronavirus in N.Y.C.: Drastic ‘Shelter in Place’ May Be Next