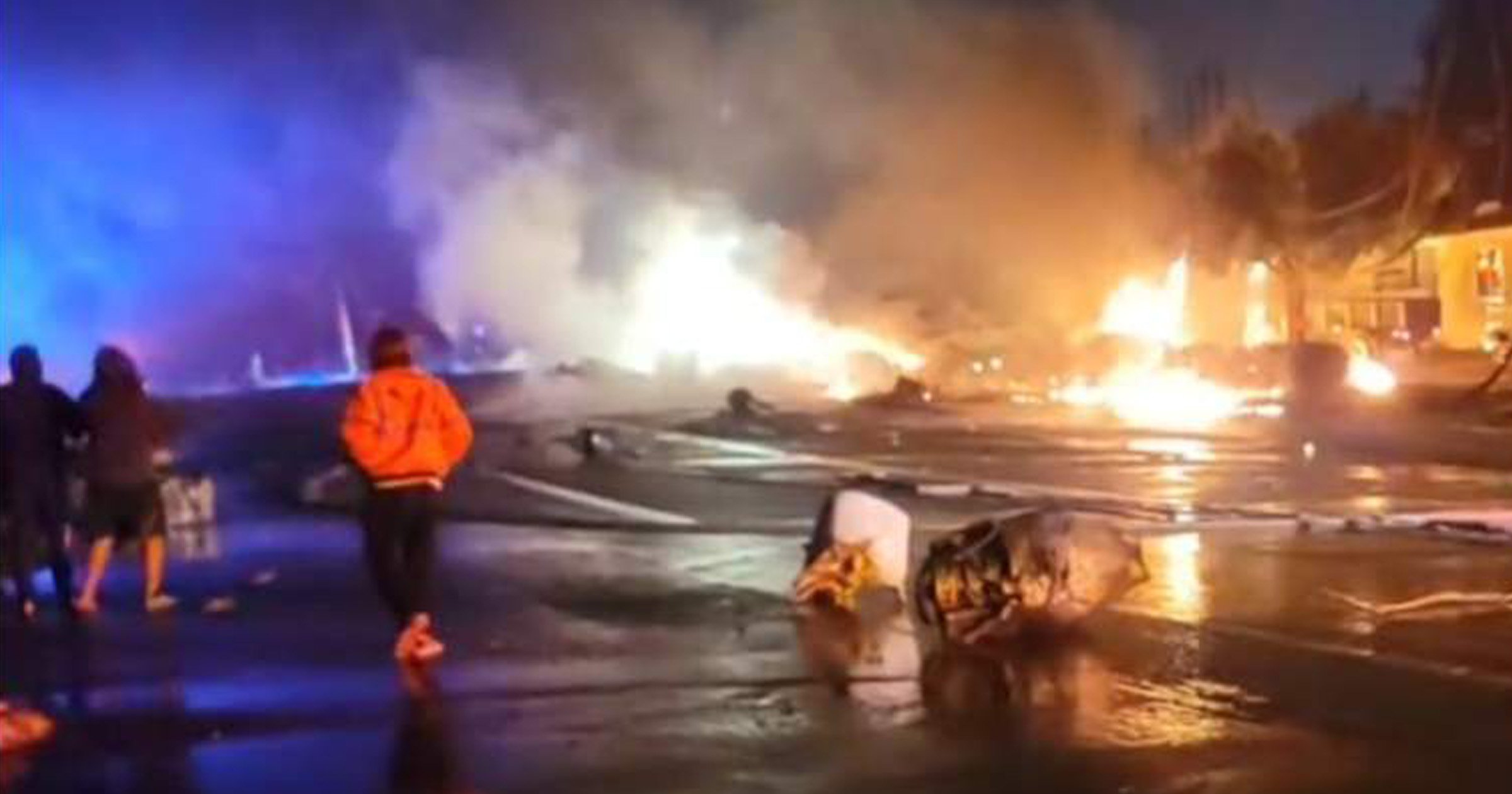 A small plane exploded into a ball of flames after crashing into aSan Diego neighbourhood.

Shocking pictures show the jet in flames as fire crews raced to the scene on Pepper Drive in Bostonia on Monday evening.

It remains unknown how many people were onboard.

No houses were damaged but the plane took out multiple power poles as it came down,NBC 7 San Diego reports.

Around 2,500 homes were left without power, according to the San Diego Sheriff’s Department.

Areas in Lakeside, Bostonia and Granite Hills have all been experiencing outages.

One local named Lauren Watling said she heard the plane ‘getting closer’ before it crashed.

She said: ‘Normally they get loud because we live right by the airport, but it got really, really loud and all of the sudden, we think it could’ve hit our power lines above our house, but we just saw bright blue and orange flashing lights and we heard the electricity running.

‘And then after that, we heard the plane actually crash. We ran out immediately and there was a ton of smoke everywhere. All we saw was fire and smoke.’

Another resident Matt Celustka said he ‘heard the pops and just knew at that point’.

He added: ‘I was worried if it hit any houses. I went outside with a couple of neighbors just to see, and all I could see were flames in front of houses, up at the top of the street.’

The blaze was brought under control shortly before midnight, local time.

Residents have been asked to stay away from the crash area as authorities investigate.

The Federal Aviation Administration is probing the case, with the cause currently unknown.

They watch him on TikTok, but will young supporters turn out for Jagmeet Singh?