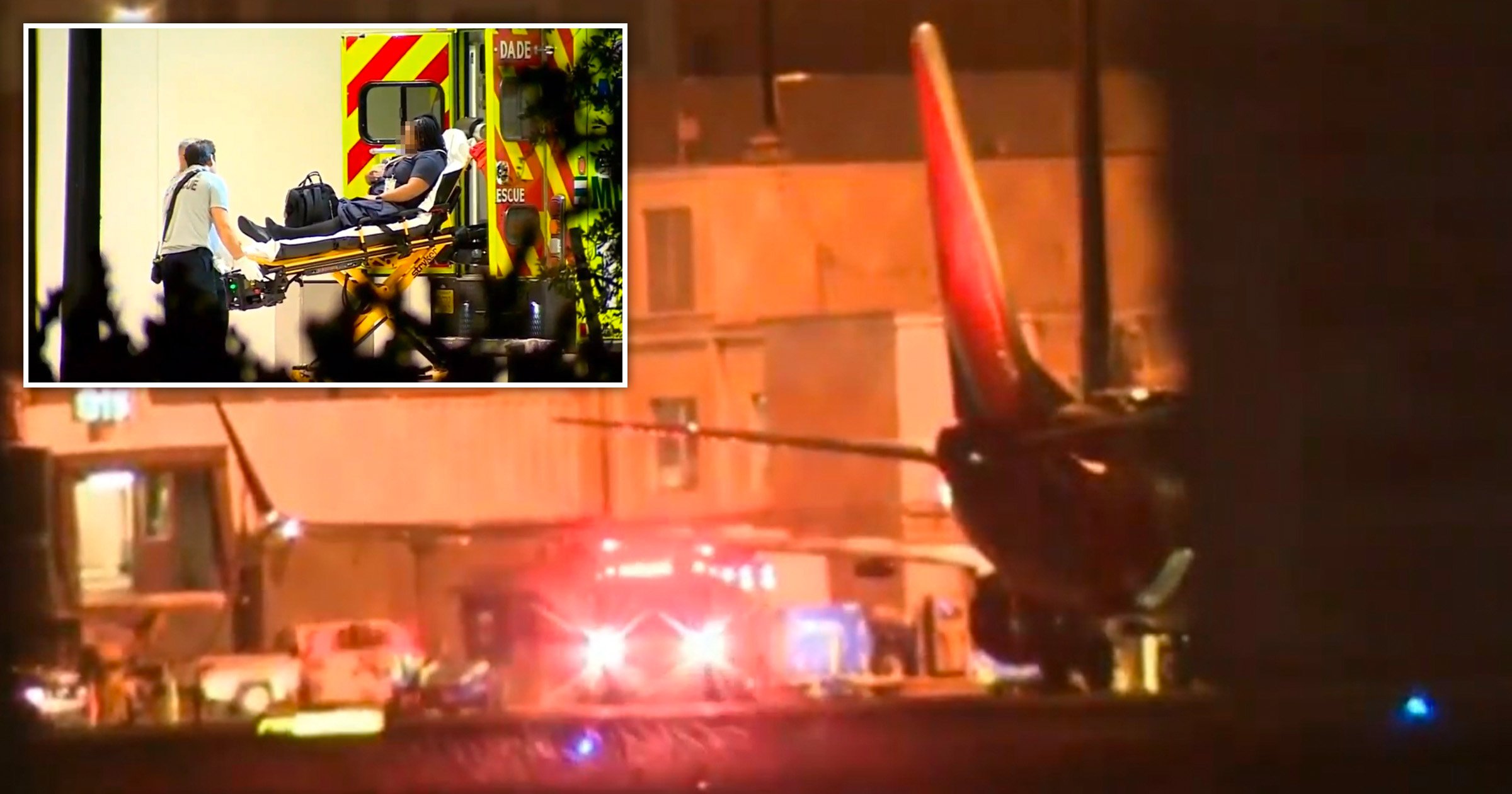 A flight had to turn around and make an emergency landing after takeoff when multiple passengers onboard began feeling sick.

Passengers on an American Airlines Flight 338 departing from Miami-Dade International Airport and bound for Barbados on Wednesday night smelled a ‘chemical’ odor coming from a passenger’s carry-on bag, the airline said.

First responders from Miami-Dade Fire and Rescue (MDFR) were waiting on the tarmac to evacuate passengers from what they determined was a multi-casualty incident and hazardous situation.

The flight was carrying 173 passengers and crew members, MDFR said. Firefighters deplaned the aircraft, and a HazMat unit searched for the source of the chemical odor.

MDFR did not say what the chemical was, but sources told CBS Miami the it was determined to be nail polish remover.

Out of precaution, five sick passengers were taken to local hospitals for further monitoring.

‘The aircraft landed safely and without incident, and customers deplaned via air stairs and were bussed to the terminal,’ American Airlines stated.

The remaining passengers were given hotel accommodations for the evening.

American Airlines Flight 338 resumed flying with the same jet on Thursday, according to flight tracker FlightAware.

Passengers from last night’s flight left for Barbados this morning at 9am, the airline confirmed.

Wednesday night’s close call was not the first emergency to take place at Miami-Dade International Airport this year.

In June, a flight coming from the Dominican Republic caught fire moments after it touched down on the runway.

The pilot was forced to emergency land when the plane’s landing gear failed. In the midst of the chaos, the plane hit a communications tower and a small building before coming to a halt.

As the plane crashed into the tarmac, its left engine burst into flame, billowing clouds of black smoke into the air.

The plane was carrying 137 people from Santo Domingo, and three passengers were hospitalized after the terrifying landing.