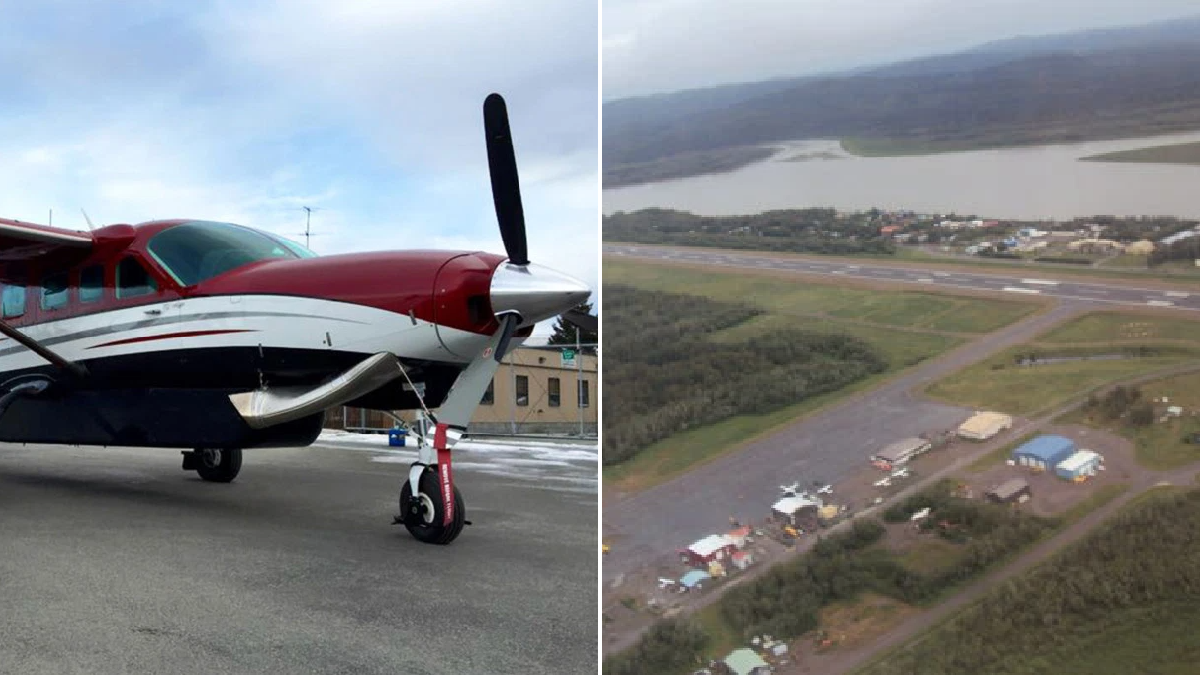 An aircraft nosedived when a teenage passenger got ahold of the controls and allegedly ‘attempted to crash the plane’, according to Alaska State Troopers. The Ryan Air plane was preparing to land when Jaden Lake-Kameroff, 18, interfered with the pilot, authorities said.

The commercial flight from Bethel to Aniak had six total passengers and was about five miles from the airport when Lake-Kameroff made the frightening move around 2.44pm Wednesday. The aircraft was 1,000 to 1,500 feet above the ground, according to an affidavit obtained by the Anchorage Daily News.

‘Lake-Kameroff had asked the pilot to fly the plane earlier during the flight and initially asked to sit in the unoccupied copilot seat,’ troopers spokesman Austin McDaniel told the newspaper.

About five minutes after Lake-Kameroff asked the question, the pilot, Joshua Kersch, said he felt the yoke go forward and saw the teen pushing forward on it.

‘During the flight, Jaden got up from his seat and took control of the yoke causing the Cessna Caravan to nosedive,’ a press release from the troopers states.

Kersch said he was was scared and worried about getting the plane back under his control. Meanwhile, passengers ‘thought they were going to die’, the affidavit states.

Finally, ‘the pilot was able to regain control of the aircraft with the assistance of passengers who pulled Jaden away from the yoke’, according to the press release.

Federal Aviation Administration (FAA) were made aware of the incident.

The incident hurt travel in remote western Alaska, where flying is ‘the only way in and out’, Ryan Air president Lee Ryan told KYUK.

‘Our pilot relied on his training and professionalism, was able to just push the passenger backwards, retook control of the aircraft,’ Ryan said. ‘Passengers helped restrain the unruly passenger, and they landed the plane without incident. Further incident.’

How many people have been arrested during George Floyd protests?