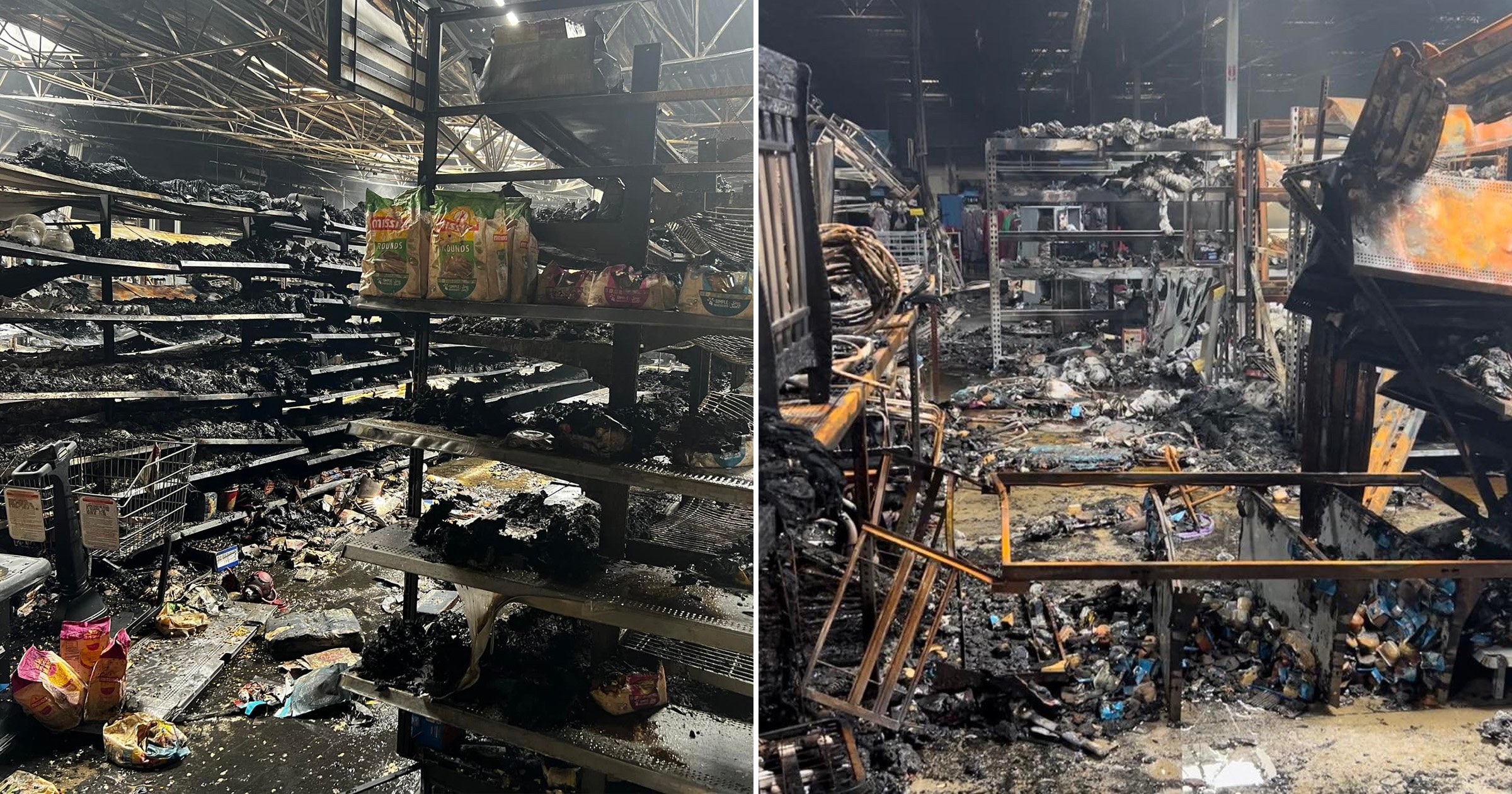 Police have arrested a teenage girl for her alleged role in starting a fire that burned down a Walmart.

Police in Georgia took a 14-year-old girl into custody for starting the fire in the store’s paper goods aisle last Wednesday.

They discovered the suspect after asking the public to report any ‘suspicious behavior’ happening at the store.

‘Numerous’ tipsters identified the suspect, who was then identified on security camera footage recovered from the Walmart’s damaged servers after the fire was extinguished.

When police executed a search warrant at the suspect’s home, she admitted to starting the fire. She was arrested and charged with first degree arson.

No motive has been determined, but an initial investigation showed that the fire was ‘intentionally set’, police said.

Police also said the incident was not part of an ‘organized activity’ with others.

The fire was started around 7pm on August 24. Employees and police officers evacuated customers out of the building, just as flames could be seen at the back of the store.

The Peachtree City Fire Department called in help from fire crews at Coweta County, Fayetteville and Fayette County. They used ladder trucks to fight the blaze from above after it became too dangerous inside the store. It was extinguished around 4am the next morning.

No injuries were reported, but three police officers admitted themselves to the hospital for smoke inhalation. All three have been discharged.

Police also released body camera footage from one of the officers that responded in the store.

In the video, the officer can be seen running through the dark, mostly empty store yelling, ‘Police department, everybody out!’

‘The Peachtree City Police Department would like to applaud the efforts of all city employees, Wal-Mart associates, and the citizens of the surrounding area for working together to help solve this case,’ police stated.

GZERO VIDEO: Will China's tech sector be held back by Beijing's latest moves?