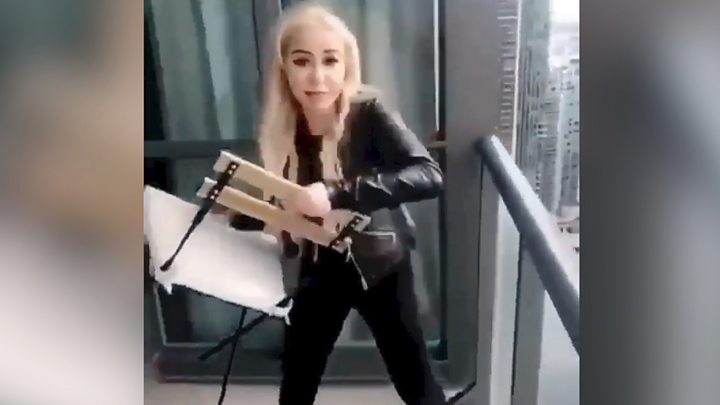 Toronto police say they have identified the woman who threw a chair from a high-rise balcony onto a highway, and have asked her to surrender.

Her dangerous prank was caught on camera and posted online, where it has been viewed more than 700,000 times.

The chair appears to hurtle towards the Gardiner Expressway, one of the busiest highways in the country, but there are no reported injuries.

Internet sleuths had been trying to track down the woman since Monday.

In the video, which was originally posted to Snapchat, the woman can be seen gleefully tossing a chair from a high-rise balcony onto the highway below.

The video was then uploaded to Facebook, where it went viral and caught the attention of local authorities.

“We believe we know who she is,” said Toronto police spokesman Constable David Hopkinson.

He said police have reached out to her directly and advised her to turn herself in, but a snowstorm in Toronto has meant her surrender could be delayed.

They have not released or identity or her hometown.

Aboard a Max 8 Airplane: ‘I Didn’t Want to Say It and Get Anybody Nervous’