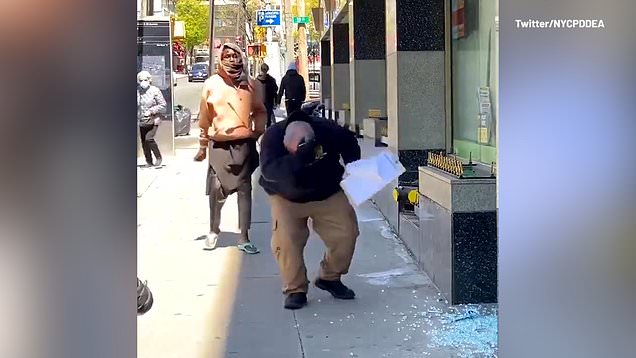 A man whacked a police officer around the head with a stick while the detective was investigating a crime scene.

Akeele Morgan, 25, has been charged after running up to a cop in New York city and hitting him on the side of his head with a long, thin stick, in broad daylight.

Video footage of the brazen assault was caught on camera and posted on Twitter by the Detectives’ Endowment Association (DEA), a union that represents detectives. The clip shows Morgan, who is from the Bronx, attacking the unnamed NYPD detective before running away.

According to the NYPD, the uniformed officer was processing the scene of a robbery in Queens, at around 11.50am on Monday morning, when he was assaulted allegedly by Morgan. 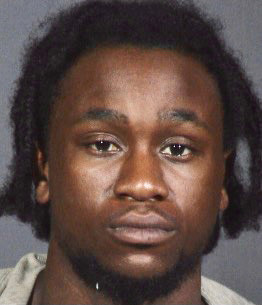 The video posted on Twitter showed the cop standing at a crime scene and taking notes near some broken glass – when a man holding two long white sticks approached him from behind.

The man then whacked the officer, who flinched in pain and crouched down while holding his head.

In the clip someone asked ‘what happened?’, as the attacker made his getaway.

Another police officer and a bystander can then be seen chasing after him.

Akeele Morgan, 25, was arrested not far from the scene soon after, police said.

He was charged with assault, criminal possession of a weapon, resisting arrest and disorderly conduct, reports the New York Post.

The detective suffered a gash to his head and a red mark on the side of his face, according to the DEA.

‘If there’s anyone wondering why this happened, they can ask their elected officials who have created a city of no consequence for criminality.’