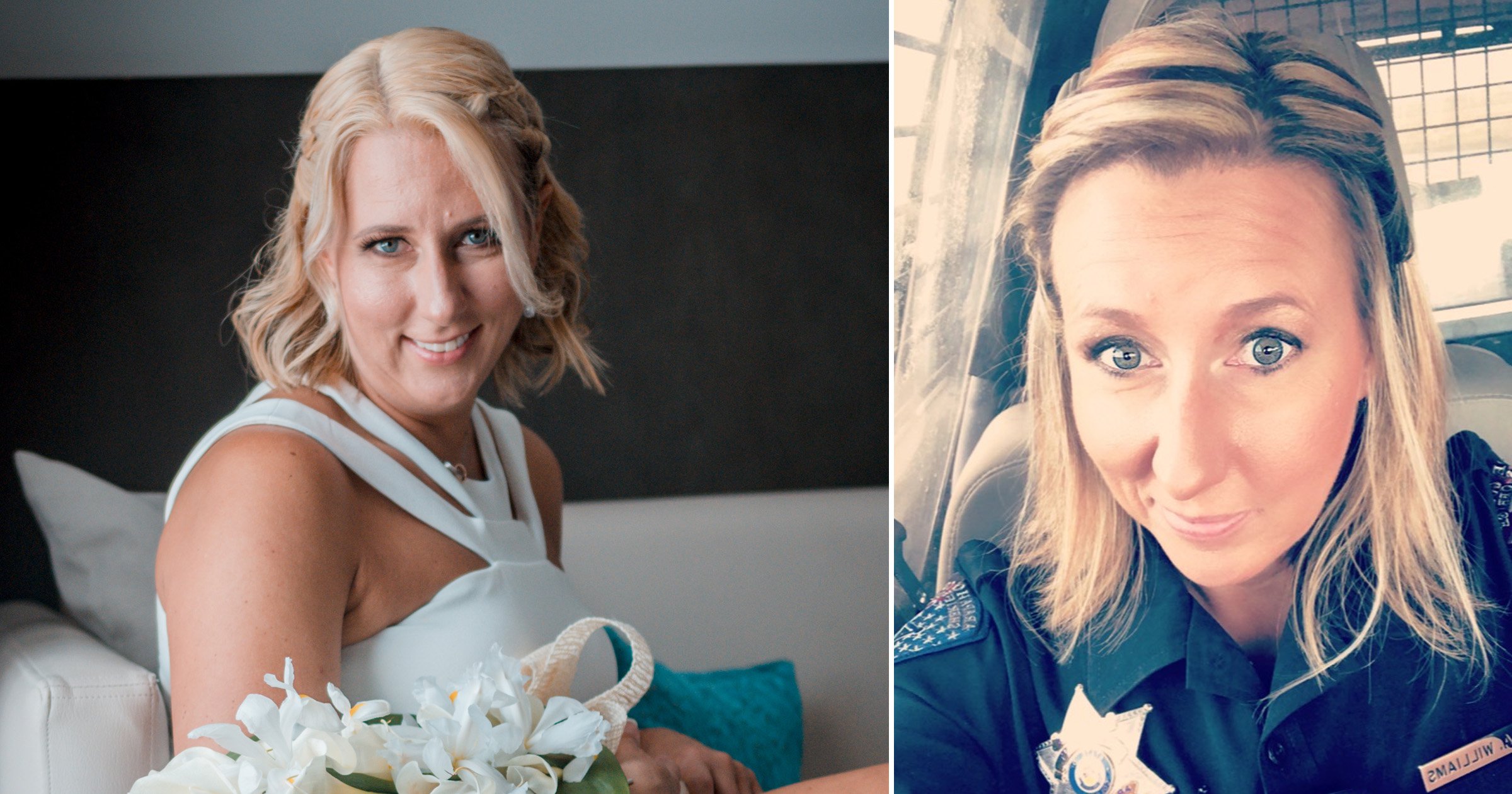 A police officer claims she was forced to leave her 28-year career after starting an OnlyFans account with her husband.

Melissa Williams, 46, lived a double life for 18 months when she began selling faceless sexual photos online while serving as an officer in Colorado.

Someone anonymously tipped off her boss last August and she was reportedly paid £22,000 to quit the force.

The mum-of-two is now a full-time OnlyFans model and has revealed her identity because she wants to ‘own it’.

Melissa and her husband came up with the idea in May 2020 as a way to spice up their sex life.

She said: ‘I was working up to 60-hour weeks so mostly my husband ran the page and shared my pictures and then sometimes we’d have fun dressing me up and taking photos especially to share.

‘It was a fun way to relax and be creative together after a stressful week in a stressful job.’

Few of Melissa’s subscribers knew she was a police officer as she never wore her uniform and kept up her online character.

Despite this, someone allegedly emailed an official complaint to her police force.

She said: ‘The complaint came totally out of the blue, I was in shock and panicking because I never wanted these two parts of my life to collide.

‘Then I was angry and embarrassed because the notice went on to say how five colleagues of mine – all in lower and higher ranks than me – had obtained access to my paid account to access my private content so they could investigate my conduct.

‘I didn’t feel that was professional or necessary. It felt like they all just wanted to see me naked.

‘After their “investigation” my images were shared widely around our local force and the jail staff. It was all being treated like hot gossip.’

Melissa was eventually signed off work for 12 weeks so she could deal with her severe stress and anxiety.

She said: ‘I wasn’t sleeping, I couldn’t eat, it was so frustrating and upsetting. I didn’t consider my OnlyFans page to be a work matter.’

This is less than what she made as an officer but she is hoping to grow her account now she has more time to work on it.

She said: ‘Being a police officer was fulfilling, exciting work. I loved my job – but how could I go back to work in an environment like that?

‘It was hard being a woman in the force. People have always been jealous of me because I am successful, attractive and confident.

‘I didn’t want my career to end this way but it was also a blessing in disguise. I can sleep at night now and I feel 10 years younger without the stresses of police work.’

Saoirse Kennedy Hill’s dad in tears as he buries daughter, 22, after ‘overdose’

US and Taliban announce new round of talks in Qatar