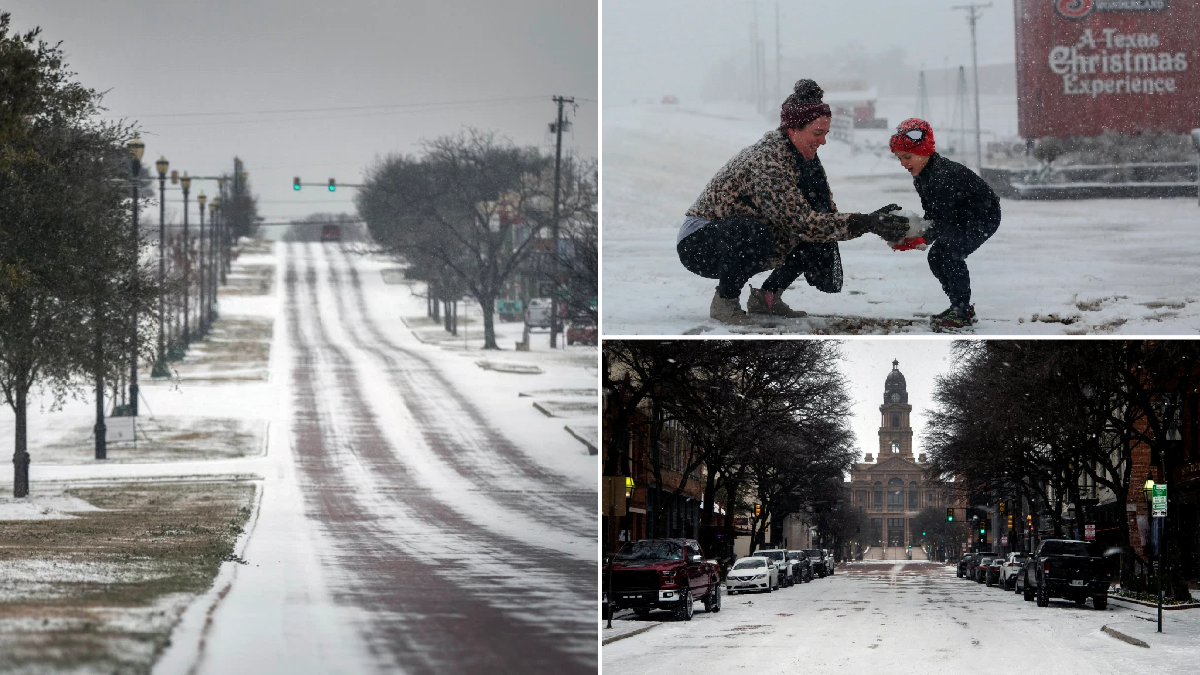 More than two million people are without power in Texas amid record-breaking low temperatures due to a huge winter storm.

Snow, ice and the state’s coldest weather for more than 100 years has led to a surge in demand for electricity – and has forced officials to cut-off energy supplies for millions of Texans.

The state has declared an ‘energy emergency’ and energy bosses have said they must restrict supply to households on a rolling basis to ‘prevent hospitals, police stations and fire stations’ from being cut off.

The CEO of Texas’ Electric Reliability Council of Texas, known as ERCOT, said the move comes following record-breaking energy usage amid ice-cold temperatures in the state.

President Joe Biden declared an emergency in Texas on Sunday night as ERCOT battles to reduce demand on the electricity system and keep the the state’s key services up and running.

Texas is known for its searing heatwaves and desert-like landscapes but is this week experiencing some of its coldest temperatures in more than 30 years – with some parts breaking records that were set in the 1800s.

Parts of the state hit 0F (-18C) on Sunday and the dangerously cold temperatures are expected to stick around until the end of the week.

In Dallas, the mercury will only hit a high of 14F (-10C) today when it should be more like 59F (15C) at this time of year. That means it’s currently colder than Anchorage, Alaska.

All 254 counties in Texas are now under a winter storm warning as Arctic air continues to chill the state.

It’s meant that ERCOT has had to take drastic measures to ensure there is enough electricity to go around through the storm.

In a Tweet, the company said: ‘We urge Texans to put safety first, Traffic lights and other infrastructure may be temporarily without power.

The council described the rotating outages as ‘a last resort to preserve the reliability of the electric system as a whole’.

Officials are expecting to see up to 12 inches of snow dumped across parts of the southern Plains today.

Suspect held after two are shot dead on US university campus