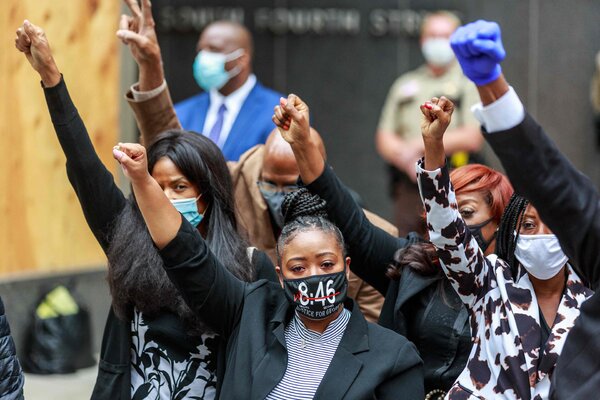 The length of time that Derek Chauvin was initially said to have knelt on George Floyd’s neck — eight minutes 46 seconds — was put on masks, shirts and signs and became a rallying cry for months at protests in Minneapolis and across the United States.

But the actual time was even longer — nine minutes 29 seconds — a prosecutor noted in court on Monday during the opening statements in the murder trial of Mr. Chauvin.

“The most important numbers you will hear in this trial are nine, two, nine,” Jerry W. Blackwell, one of the prosecutors, said in his opening statement. “What happened in those nine minutes and 29 seconds when Mr. Derek Chauvin was applying this excess force to the body of Mr. George Floyd.”

Shortly after Mr. Floyd’s death on May 25, prosecutors in Hennepin County indicated the length of time was eight minutes 46 seconds. Then, in June, they revised that time downward, to seven minutes 46 seconds, a move that they declined to explain or discuss in response to inquiries from The New York Times and other news outlets who showed that the time was incorrect.

In August, The Times determined, based on newly released body camera footage, that the correct time was about nine minutes 30 seconds. It was not until Monday that prosecutors offered the same number.

As the length of time has fluctuated, many Minneapolis residents and activists have said that the exact number is less important than the effect of Mr. Chauvin’s actions.

“It makes no difference,” Jamar Nelson, who works with families of crime victims in Minneapolis, said in June. “The bottom line is, it was long enough to kill him.”

N.S. House of Assembly to televise all standing committees for increased transparency