Home » Americas » Puerto Rico Got a New Governor 3 Days Ago. But His Future Is Already in Doubt.

Moments after being sworn in as Puerto Rico’s new governor, Pedro R. Pierluisi pledged in no uncertain terms that he would willingly step down in the coming days if the island’s Senate voted against confirming him — even if that made him one of the shortest-serving governors ever to take office.

“I have to admit that that could happen,” Mr. Pierluisi said with a chuckle. “But that’s the situation.”

That was on Friday. By Sunday afternoon, Mr. Pierluisi had appeared to reverse himself, arguing that the Senate had no say and that the courts would settle the issue. Then a few hours later, he was sued.

Puerto Rico remained on Monday where it has been for weeks: in a state of protracted political paralysis that appears not to have been resolved by the installation of Mr. Pierluisi, who took over after former Gov. Ricardo A. Rosselló’s resignation became effective on Friday. The territory’s Supreme Court agreed to take up a legal action filed against Mr. Pierluisi’s appointment.

Public furor fueled huge demonstrations against Mr. Rosselló after leaked private messages showed him and his closest aides insulting Puerto Ricans. Questions over Mr. Pierluisi’s legitimacy as governor left open the possibility that protesters would again take to the streets, if they see his installation as evidence of the unpopular political establishment unconstitutionally attempting to perpetuate itself in power.

“This isn’t about whether Mr. Pierluisi is a good candidate, as some people have argued,” said Julio E. Fontanet Maldonado, a constitutional scholar and the dean of the law school at the Interamerican University of Puerto Rico. “It’s about defending the rule of law.”

Late on Sunday, the Senate president, Thomas Rivera Schatz, asked a lower court in San Juan, the capital, to grant a preliminary injunction ordering Mr. Pierluisi to cease functions as governor because he had not previously been confirmed as secretary of state by both chambers of the Legislative Assembly. 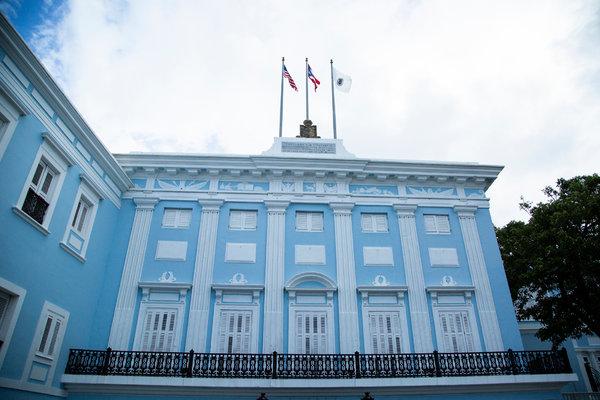 The Supreme Court said it would take up the Senate’s complaint and asked for written arguments by Tuesday afternoon.

Originally, the Senate had scheduled a confirmation hearing for Mr. Pierluisi for Monday morning. But Mr. Pierluisi said that as governor, he could no longer be subject to confirmation as secretary of state. The hearing was canceled.

Mr. Pierluisi had argued during a news conference on Friday that the Senate could “ratify” him as governor. But no legal framework for such a vote appears to exist in Puerto Rican law.

Still, the Senate planned to meet in special session on Monday afternoon and possibly vote anyway. In spite of his earlier waffling, Mr. Pierluisi on Monday said that he would abide by the Senate’s decision.

“If the Puerto Rico Senate decides to hold any sort of vote over my incumbency, I will respect the result,” Mr. Pierluisi said in a statement. “All I ask of senators before they make their decision is that they listen to the people, to whom we are all indebted.”

A campaign to ask legislators to back Mr. Pierluisi has been carried out by his supporters for several days. One local television station sent a crew to interview Puerto Ricans on the street about Mr. Pierluisi; the host of the program seemed surprised that most people seemed content with his installation.

A second lawsuit against Mr. Pierluisi was filed early on Monday by Mayor Carmen Yulín Cruz of San Juan, who asked the Supreme Court to declare Mr. Pierluisi’s swearing-in illegitimate. Ms. Cruz is a 2020 candidate for governor for the opposition Popular Democratic Party, which supports keeping Puerto Rico a United States commonwealth.

She told reporters over the weekend that while she does not support the next New Progressive official in line to be governor — Wanda Vázquez, the secretary of justice — the court must clarify existing law over the constitutional succession.

Outside the Supreme Court on Monday, Frank Torres Viada, a lawyer for the city of San Juan, described the island as being in the middle of a “judicial vacuum.”

“Right now, Puerto Ricans are in a state of uncertainty, unrest and restlessness of spirit,” he said, “because we don’t really know who is governor of Puerto Rico.”