Tens of millions of Brazilians are facing hunger or food insecurity as the country’s Covid-19 crisis drags on, killing thousands of people every day. 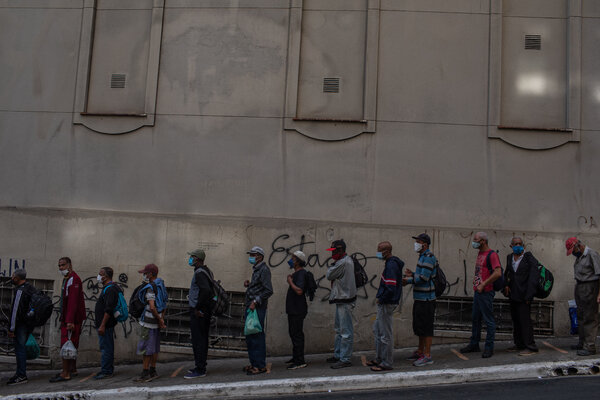 By Ernesto Londoño and Flávia Milhorance

RIO DE JANEIRO — Rail-thin teenagers hold placards at traffic stops with the word for hunger — fome — in large print. Children, many of whom have been out of school for over a year, beg for food outside supermarkets and restaurants. Entire families huddle in flimsy encampments on sidewalks, asking for baby formula, crackers, anything.

A year into the pandemic, millions of Brazilians are going hungry.

The scenes, which have proliferated in the last months on Brazil’s streets, are stark evidence that President Jair Bolsonaro’s bet that he could protect the country’s economy by resisting public health policies intended to curb the virus has failed.

From the start of the outbreak, Brazil’s president has been skeptical of the disease’s impact, and scorned the guidance of health experts, arguing that the economic damage wrought by the lockdowns, business closures and mobility restrictions they recommended would be a bigger threat than the pandemic to the country’s weak economy.

That trade-off led to one of the world’s highest death tolls, but also foundered in its goal — to keep the country afloat.

The virus is ripping through the social fabric, setting wrenching records, while the worsening health crisis pushes businesses into bankruptcy, killing jobs and further hampering an economy that has grown little or not at all for more than six years. 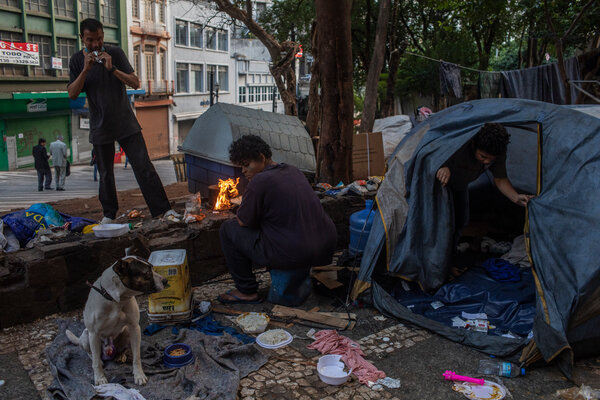 Last year, emergency government cash payments helped put food on the table for millions of Brazilians — but when the money was scaled back sharply this year, with a debt crisis looming, many pantries were left bare.

About 19 million people have gone hungry over the past year — nearly twice the 10 million who did so in 2018, the most recent year for which data were available, according to the Brazilian government and a study of privation during the pandemic by a network of Brazilian researchers focused on the issue.

And about 117 million people, or roughly 55 percent of the country’s population, faced food insecurity, with uncertain access to enough nutrition, in 2020 — a leap from the 85 million who did so two years previous, the study showed.